SEOUL, May 28 (Yonhap) -- Two-day early voting for next week's local elections ended with a turnout of 20.62 percent on Saturday, the highest for any local elections, the election watchdog said.

More than 9.13 million of the country's 44.3 million eligible voters cast their ballots during early voting for the June 1 local elections, according to the National Election Commission (NEC).

The NEC said the final turnout for the upcoming local elections is expected to be higher than the 60.2 percent recorded in 2018.

But the latest turnout was far lower than a record 36.93 percent in early voting turnout for the March 9 presidential election.

South Jeolla Province reported the highest turnout of 31.04 percent, while the southeastern city of Daegu logged the lowest of 14.8 percent.

As for early voting for parliamentary by-elections that will be simultaneously held with the local elections Wednesday, the turnout came to 21.76 percent, the watchdog said.

COVID-19 patients and those in quarantine were allowed to participate in early voting from 6:30 p.m. to 8 p.m. Saturday, after the regular voting hours between 6 a.m. to 6 p.m. 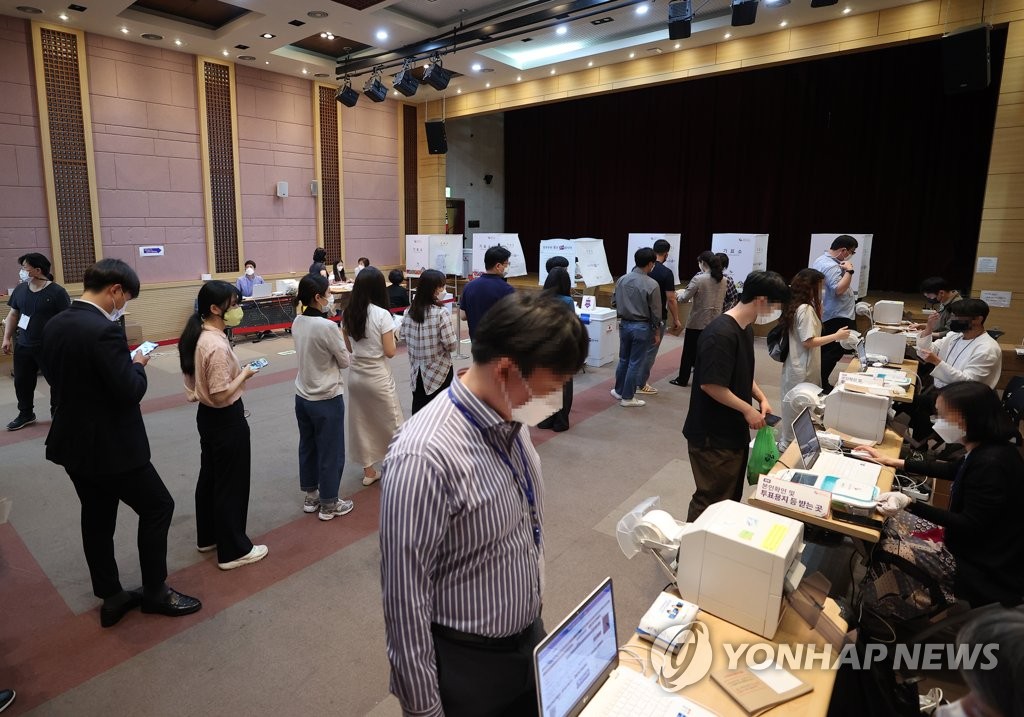 The results of the elections are expected to significantly boost or weaken the mandate of the new government of President Yoon less than a month after he took office.

Both parties view the capital area, where half of the country's 52 million population resides, as a key battle ground. 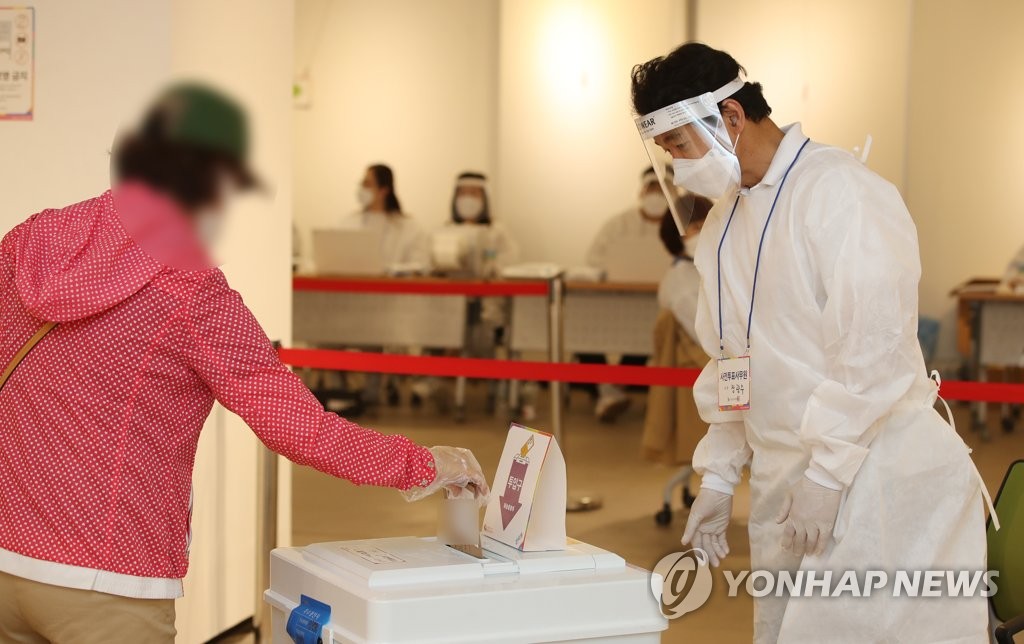 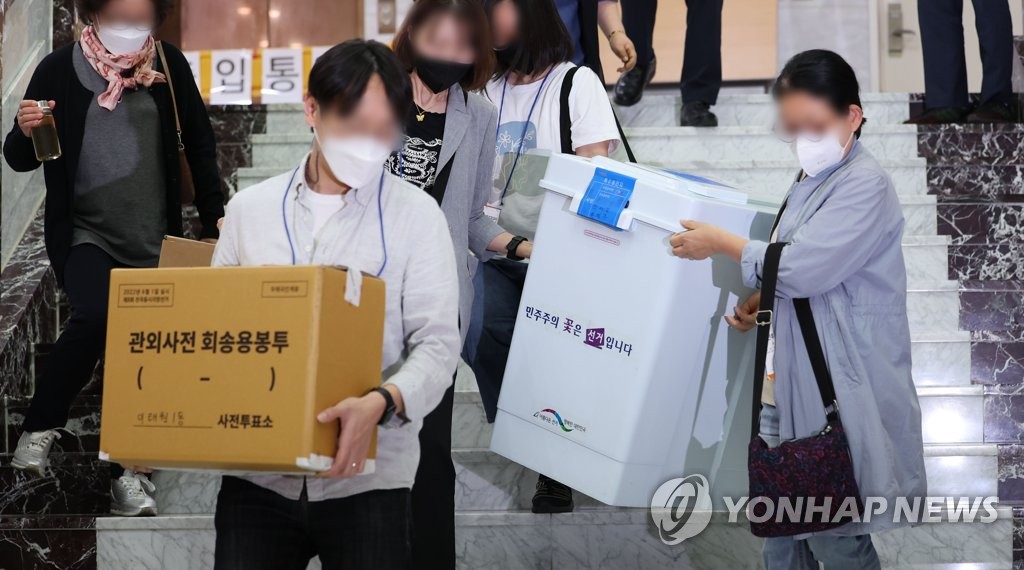