SEOUL, May 27 (Yonhap) -- An appellate court on Friday upheld a 10-year prison sentence for a 30-year-old man for sexually exploiting dozens of boys and male teenagers to produce and circulate their nude images and videos online.

The Seoul High Court handed down the sentence to Kim Young-jun, confirming a lower court's decision to convict him of all the charges raised against him, including producing and spreading sexually exploitative images and videos of boys and male adolescents, as well as sexual assaults.

Posing as a woman to hook up with underage men on chatting apps, he allegedly filmed 79 boys and male teenagers naked over video calls between 2011 and 2021.

Since 2020, he has sold eight pieces of the sexually exploitative materials and 1,839 other illegally filmed obscene videos of adults.

At the time of his arrest last year, he possessed around 1,570 pieces of sexually exploitative images and videos of underage men, on top of some 5,470 pieces involving adults.

He was also accused of coercing and sexually assaulting a male victim between 2018-2020.

The appellate court also upheld the lower court's order of a forfeiture of 14.8 million won (US$11,780) on Kim, along with a decision to ban him from working at children- and disability-related facilities for 10 years. 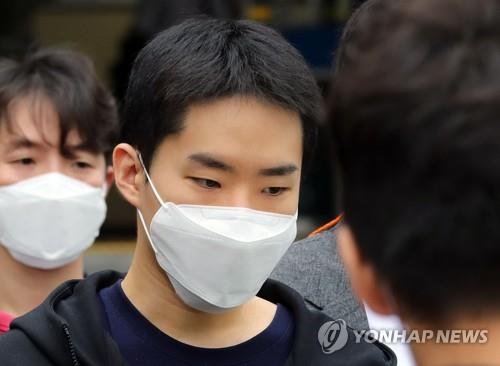