SEOUL, May 27 (Yonhap) -- Samsung Electronics Co. is expected to hold a groundbreaking ceremony for a US$17 billion chip fabrication plant in Taylor, Texas, next month, industry sources said Friday.

Samsung's Austin office has recently shared the photo of the construction site and the preparation works for the massive construction via its newsletter, according to the sources.

Leveling the ground for construction has almost finished, and workers are building the roads inside the 5 million-square-meter facility, which is around 1 1/2 times the size of Central Park in New York. 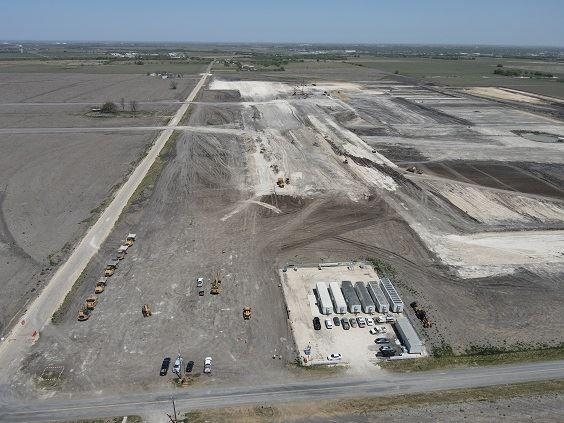 A groundbreaking ceremony is widely expected to take place at the site next month, with dignitaries and company officials in attendance.

The company said it expected the facility to go fully operational in the second half of 2024.

The tech giant announced in November it will build an advanced chip facility in Taylor to "help boost production of advanced logic semiconductor solutions that power next-generation innovations and technologies."

It considered multiple factors in choosing the site, such as "the local semiconductor ecosystem, infrastructure stability, local government support and community development opportunities," on top of its proximity to its current manufacturing site in Austin, about 25 kilometers southwest of Taylor.

The new plant will "manufacture products based on advanced process technologies for application in areas such as mobile, 5G, high-performance computing and artificial intelligence," the company said.

"No specific decision has been made regarding the groundbreaking ceremony," a Samsung spokesperson said. 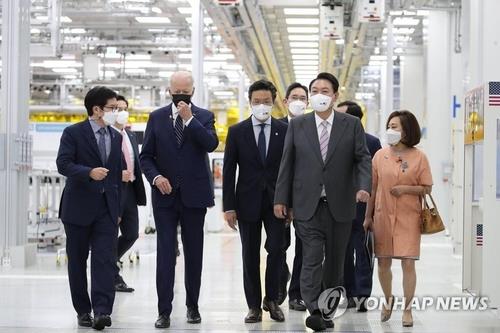 Yoon to call for strong response to N.K. provocations at meeting with Biden, Kishida