SEOUL, May 27 (Yonhap) -- Feuds inside of the main opposition Democratic Party (DP) appeared to deepen Friday after a young interim co-head refused to attend a campaign stop, claiming her reform agenda had been rejected by the party's old guard.

Park Ji-hyun, co-head of the DP emergency leadership panel, apologized in the afternoon after her call for the party's mainstream group of lawmakers to retire from politics sparked an internal dispute criticized as eroding the party's chances in the upcoming local elections.

But five hours later, she refused to join party leaders in a campaign rally in Incheon, west of Seoul, saying co-head Yun Ho-jung rejected her proposal to announce a joint campaign address proclaiming a resolve for party reforms. 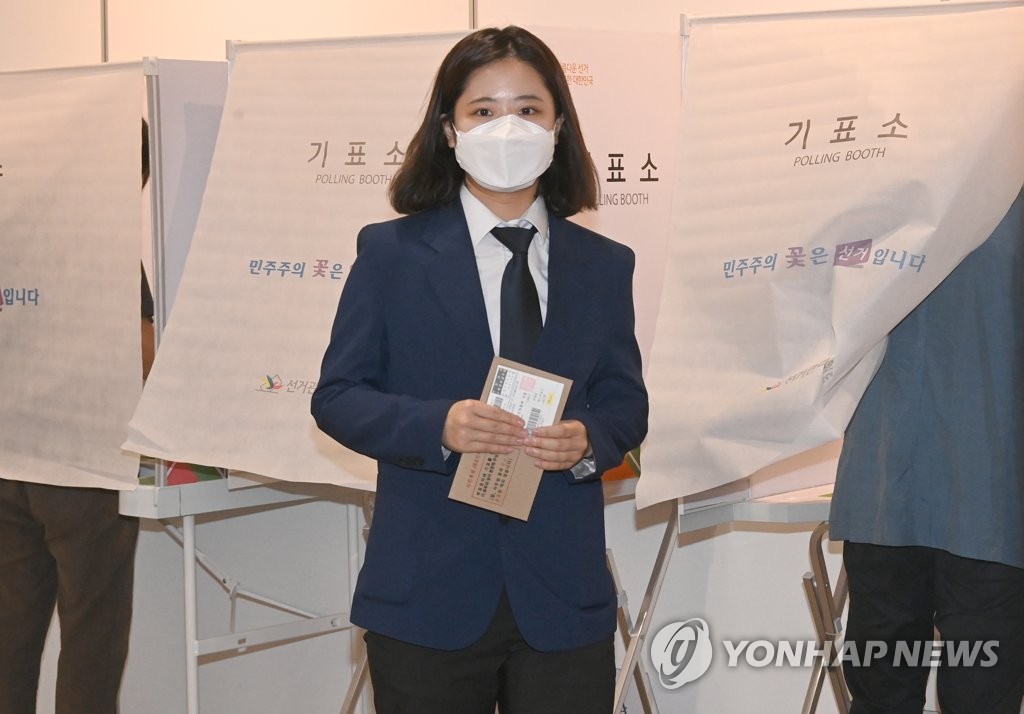 Park, 26, was at the center of the infighting after she called for a "beautiful exit" of party members belonging to so-called Generation 586, which refers to people who are in their 50s, went to university in the 1980s and were born in the 1960s.

In a press conference, she claimed the members in that generation, who led the country's democratic movement in the 1980s, have "fulfilled their historic calling" and that some of them should keep their promise of retirement after the presidential election.

Her remarks, however, sparked anger from the DP leadership and veteran politicians who fall into the generation, with some criticizing Park for not consulting with the party before talking publicly about party reform and dividing its members.

"I want to sincerely apologize to all DP candidates running in the elections," Park said in her social media post. "I also want to apologize that I held a press conference without consulting enough with the party leadership."

Park said there is a misunderstanding over her remarks on "Generation 586," claiming she did not mean all party members in that generation should retire.

Park's apology was seen as a move to patch up the feud and consolidate supporters ahead of the local elections. But the move appeared to have failed to resolve the strife.

She had demanded the party become younger, more principled, future-oriented and be removed from the influence of old-guard hardliners, she added.

Party officials close to Yun said Park offered an impossible deal, demanding she be appointed to chair a new reform body and the party promise a generational shift.

"I know Yun and Park failed to patch up their feuds the previous day because Park made an unacceptable demand," an official said.