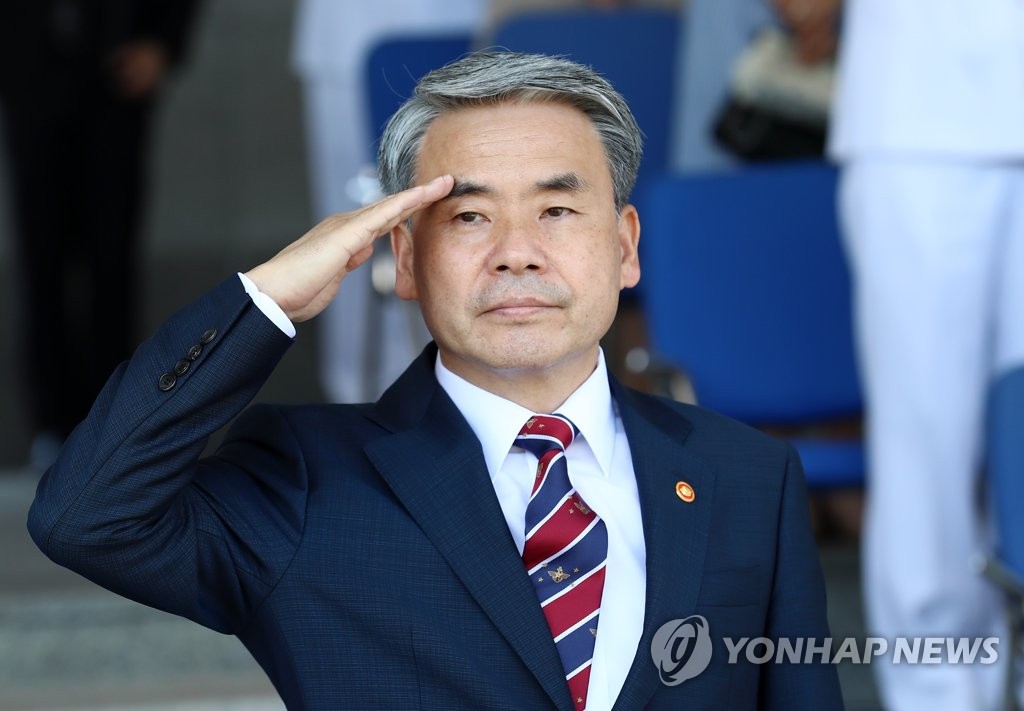 Their inaugurations came as Seoul is seeking to sharpen deterrence in the wake of Pyongyang's recent provocations, including an apparent intercontinental ballistic missile launch on Wednesday, and amid concerns about its possible nuclear test.

"When it comes to our current operations, there shouldn't be any cracks, and if North Korea launches a direct provocation, we should respond sternly in light of self-defense," Lee said during Park's inauguration at the Gyeryongdae military headquarters, 160 kilometers south of Seoul. 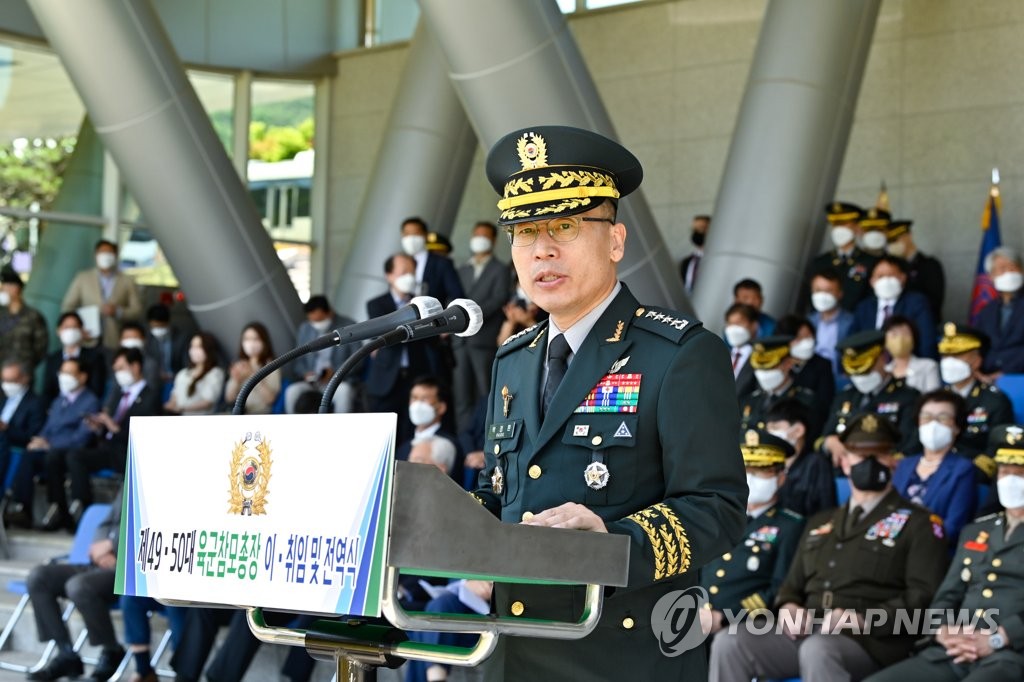 Touching on the North's ICBM launch this week and its preparations for a nuclear test, the minister said that the North is "seriously" threatening security on the Korean Peninsula and beyond.

At the event for the new Navy chief, Lee also ordered a stern response to any direct provocations near the Northern Limit Line, a de facto inter-Korean sea border. At Jung's ceremony, he called for an "immediate" response to "all air threats." 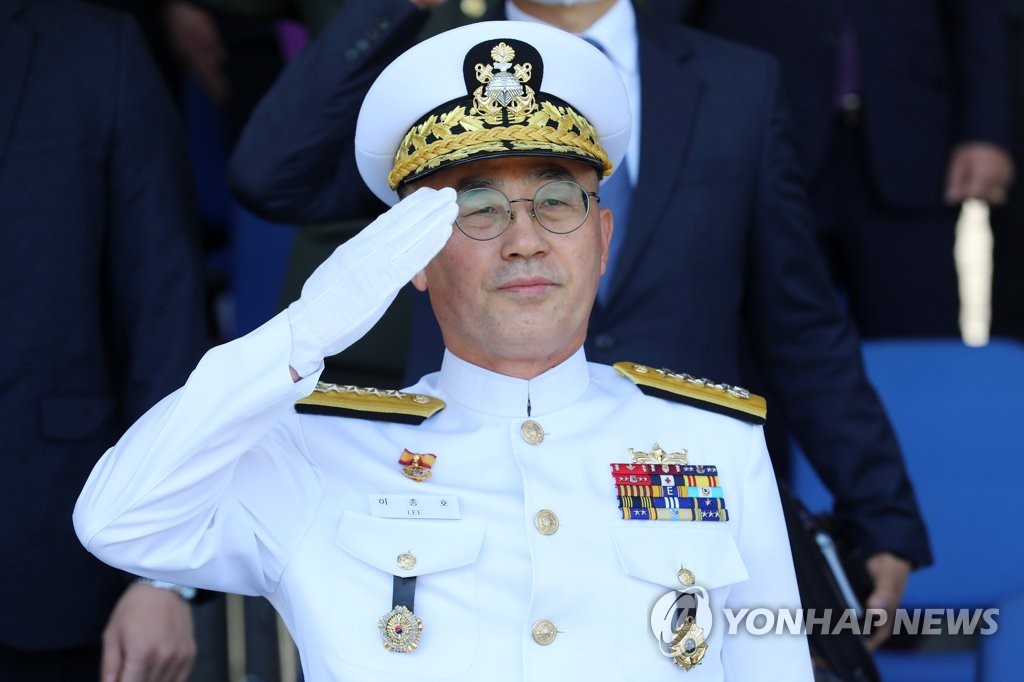 Taking the Army's helm, Gen. Park stressed the need to secure capabilities and posture to fight and win in any future conflict based on the "solid South Korea-U.S. alliance."

Adm. Lee vowed to cultivate "elite" naval forces based on cutting-edge technologies, and lead the armed service in a "transparent and efficient" way.

Gen. Jung pledged to build the "strongest Air Force" that will be trusted by citizens. 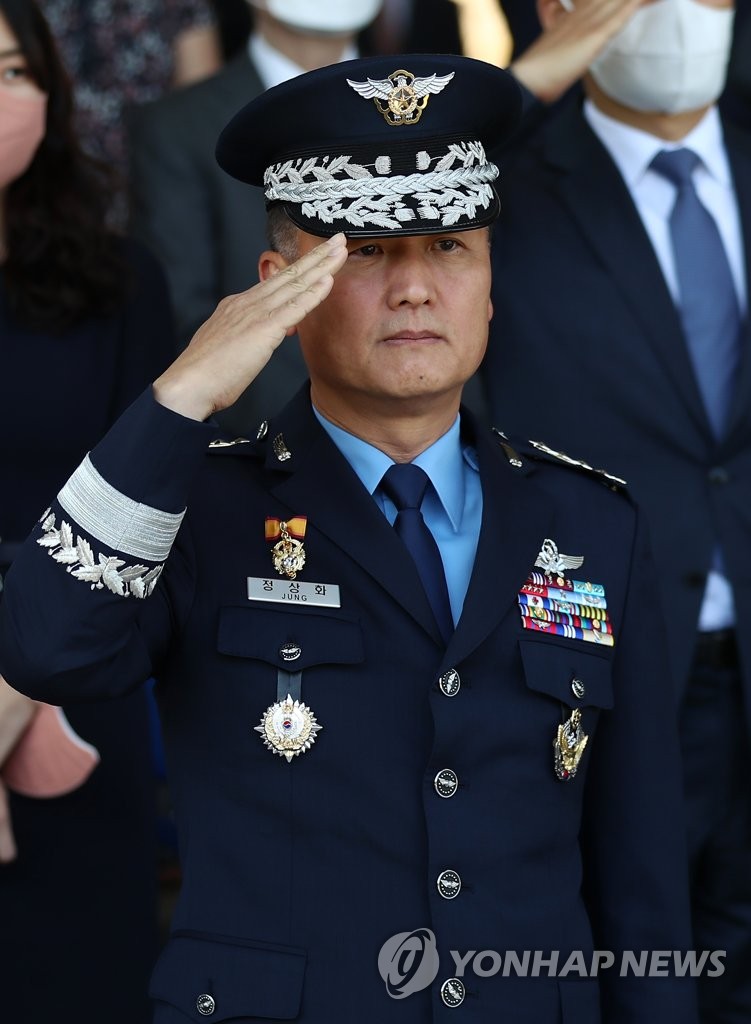