SEOUL, May 27 (Yonhap) -- A second group of investors in Terraform Labs' troubled cryptocurrencies filed complaints Friday against its co-founders on charges of fraud.

The company's coins, TerraUSD and Luna, crashed earlier this month, causing huge losses for hundreds of thousands of investors.

A total of 76 people participated in the latest legal action against CEO Do Kwon and co-founder Daniel Shin, according to an online community of the tokens' holders. 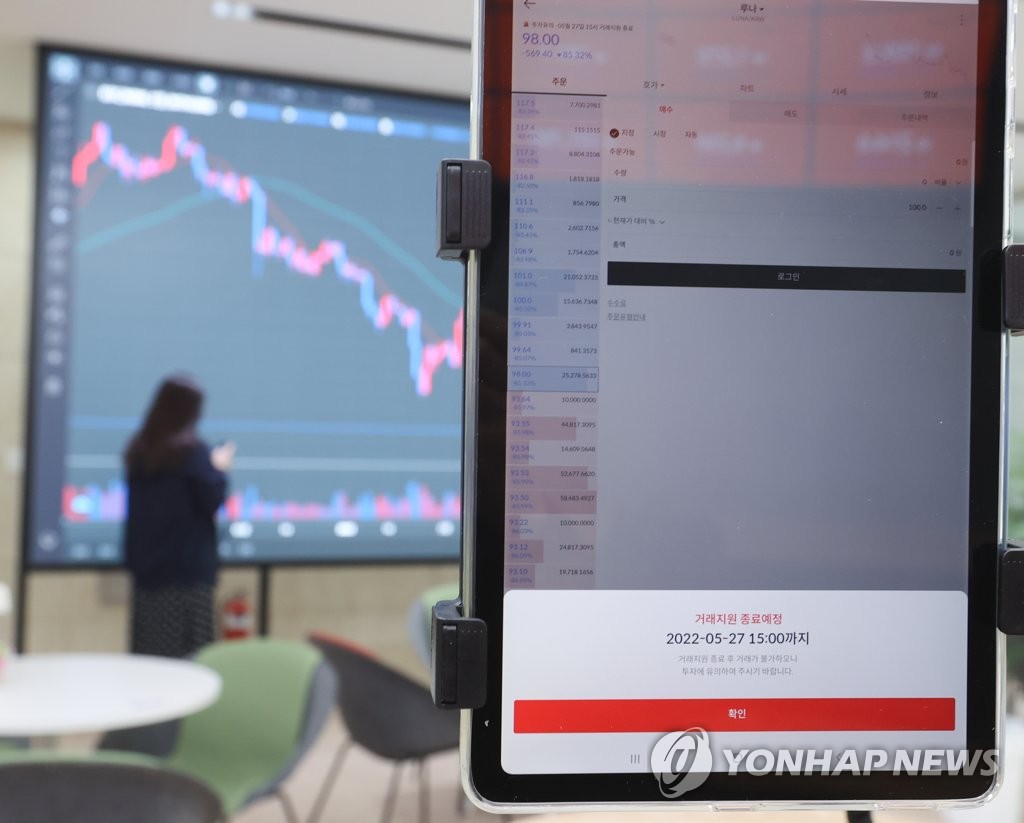 Their combined loss amounted to 6.7 billion won (US$5.35 million), they said in the complaints submitted to the Seoul Southern District Prosecutors Office.

"If the truth is revealed through a thorough investigation, all the fraudsters will be arrested and pay for their crimes," the group's leader said.

On May 19, five investors filed similar complaints with the district prosecution office, claiming they suffered a combined loss of 1.4 billion won.

In mid-May, the stablecoin TerraUSD and its digital coin counterpart Luna registered falls of more than 99.99 percent from their highs, wiping out more than US$38 billion of investors' money in a week, according to data by CoinMarketCap.
(END)