WASHINGTON, May 27 (Yonhap) -- Every missile launched by North Korea causes concern for the United States regardless of the type of missile fired as each launch provides a learning experience that can help improve the North's missile capabilities, a Pentagon spokesperson said Friday.

"Each one is a violation of existing U.N. Security Council resolutions. Each one only increases tensions on the peninsula," Kirby said when asked about North Korea's latest missile tests that took place earlier this week.

"And each one. no matter what kind of missile or no matter how far it flew or didn't fly, no matter what the trajectory or the metrics were, each one, we believe, is a learning experience for the regime in Pyongyang and that's concerning," he added. 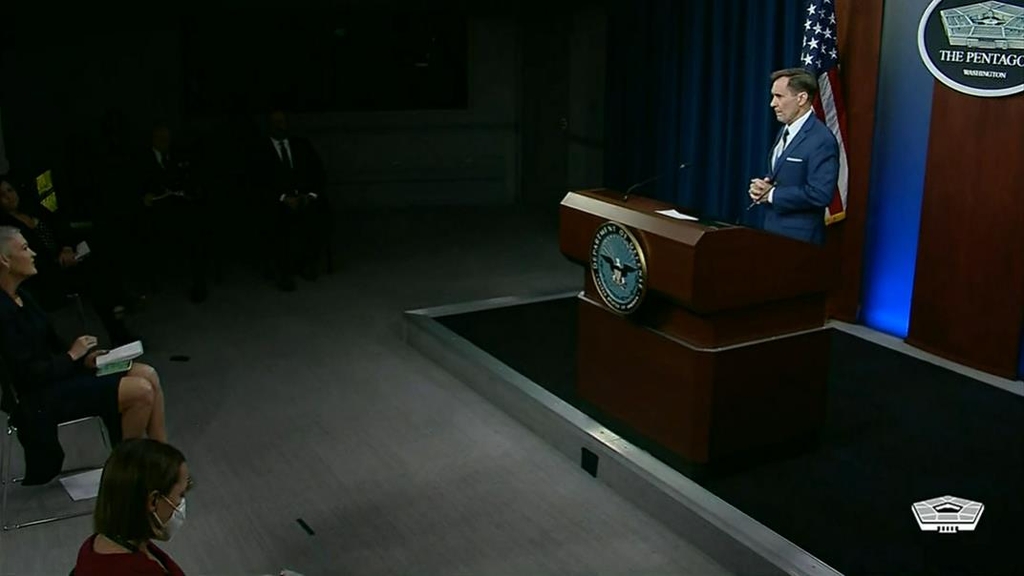 The launches marked the 17th of their kind this year. The North is also believed to be preparing for a nuclear test, which, if conducted, will mark the first of its kind since September 2017, and seventh in history.

Kirby declined to provide additional details of the latest North Korean missile launch even when pressed, only saying the U.S. is still analyzing them.

"I am not going to get into the intelligence and analysis that's been done on these multiple launches," he said. "We are continuing to look at that, continuing to consult with our allies and partners in the region."