SEOUL, May 28 (Yonhap) -- Prime Minister Han Duck-soo said Saturday he will try to find a new nominee after a former official reportedly tipped as the head of government policy coordination showed his intent not to accept the nomination.

"This is a decision he made feeling pressure as discussions were under way. So I hope the people will respect it," Han told Yonhap News Agency by phone. "We'll swiftly begin (the process of selecting a new nominee)."

Yoon Jong-won, chief executive of the state-run Industrial Bank of Korea, has been reportedly known to be nominated as the minister for the Office for Government Policy Coordination, which is in charge of assisting the prime minister. But the ruling People Power Party voiced opposition to his nomination because he worked as a senior presidential secretary for economy under the liberal former Moon Jae-in government.

As the controversy over his nomination showed no sign of dying down, Yoon showed his intent not to accept the nomination in a telephone interview with Yonhap earlier Saturday, saying he feels much pressure for drawing controversy in the process of verifying his qualification for the position.

"A government policy coordination chief should have a rich experience, history of succeeding in his job, a wide expanse of knowledge on various fields and inner strength," Han said when asked about the qualifications of a new nominee. "I'll also have to consider factors that made Yoon decline to accept the job." 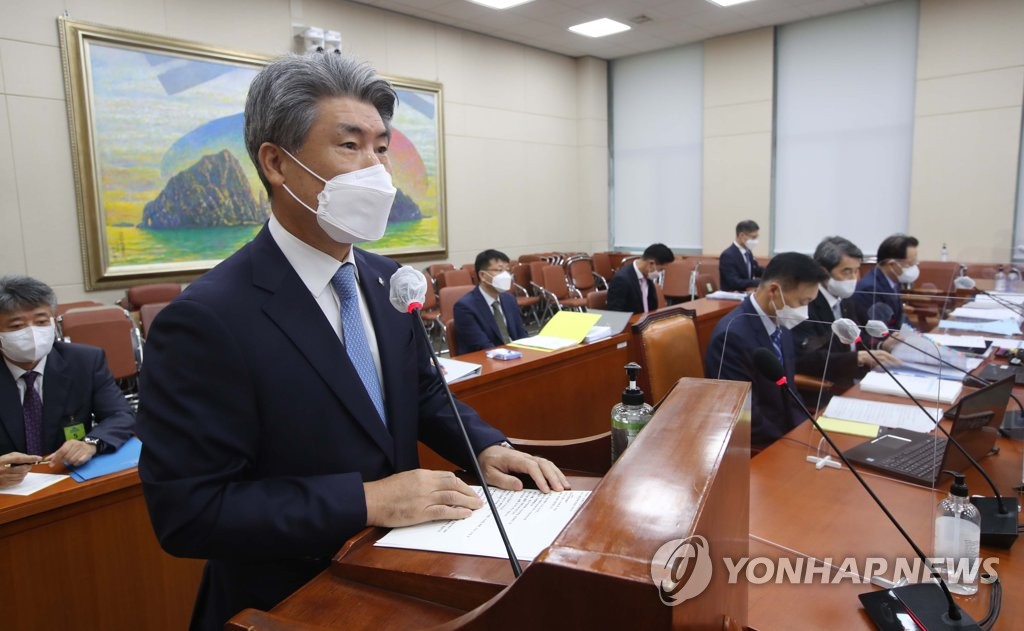