SEOUL, May 29 (Yonhap) -- A South Korean-made armored vehicle roared through puddles, traversed unpaved roads and shifted course smoothly in its first local capability demonstration open to the press at an Army training site.

The manufacturer, Hanwha Defense, held the event highlighting the maneuverability of the Redback -- the vehicle designed to meet the Australian military's operational requirements -- at the 11th Maneuver Division in Hongcheon, 102 kilometers east of Seoul, on Friday.

The Redback has been in a competition to join the Australian Army's high-profile procurement project, called Land 400 Phase 3. Canberra is expected to announce the winner of the project this fall, according to officials here.

Some 80 people, including reporters and officials from the Korean Army and the state Defense Acquisition Program Administration (DAPA), as well as foreign defense attaches, attended the demonstration.

It involved troops of the Army division that has been test-running the vehicle as part of a program to support local firms' defense exports and their efforts to cement footholds in foreign markets. The Redback carrying the troops rolled down uneven, rough terrain, showing off its high maneuverability. It then pivoted smoothly and demonstrated the movement of a turret. Troops were also seen boarding it and dismounting.

That scene unfolded in front of not only rolling cameras and media crew but also potential buyers from home and abroad.

"Through our military's trial-operation of the weapons system designed for exports, we plan to provide our operation data, including those about its up-to-date capabilities and reliability, and will actively support its exportation," Brig. Gen. Cho Hyun-ki, the director general of DAPA's Maneuver Program Department, said.

Cho added that the South Korean government can "positively" consider introducing a Redback that meets its military's operational requirements -- remarks that raised the possibility of the Korean Army rolling it out. 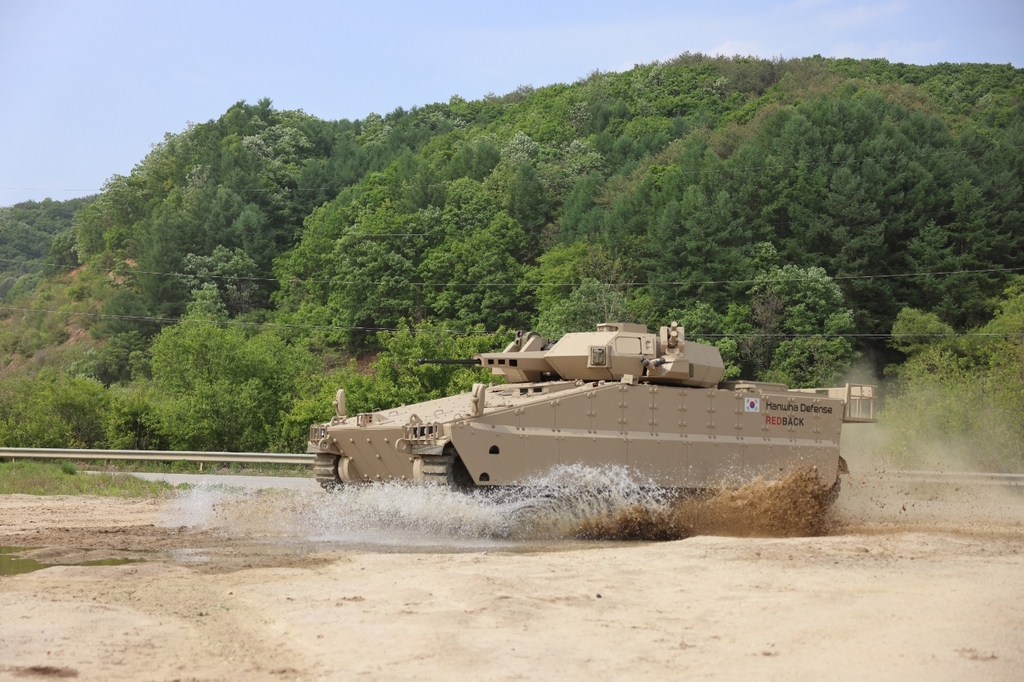 Hanwha Defense is also looking to advance into U.S. and European markets.

The 42-ton Redback can carry 11 people with a maximum speed of 65 kph. It is equipped with the Mk44 Bushmaster II, a 30 mm chain gun, Spike, an Israeli anti-tank guided missile, and a 7.62 mm machine gun. 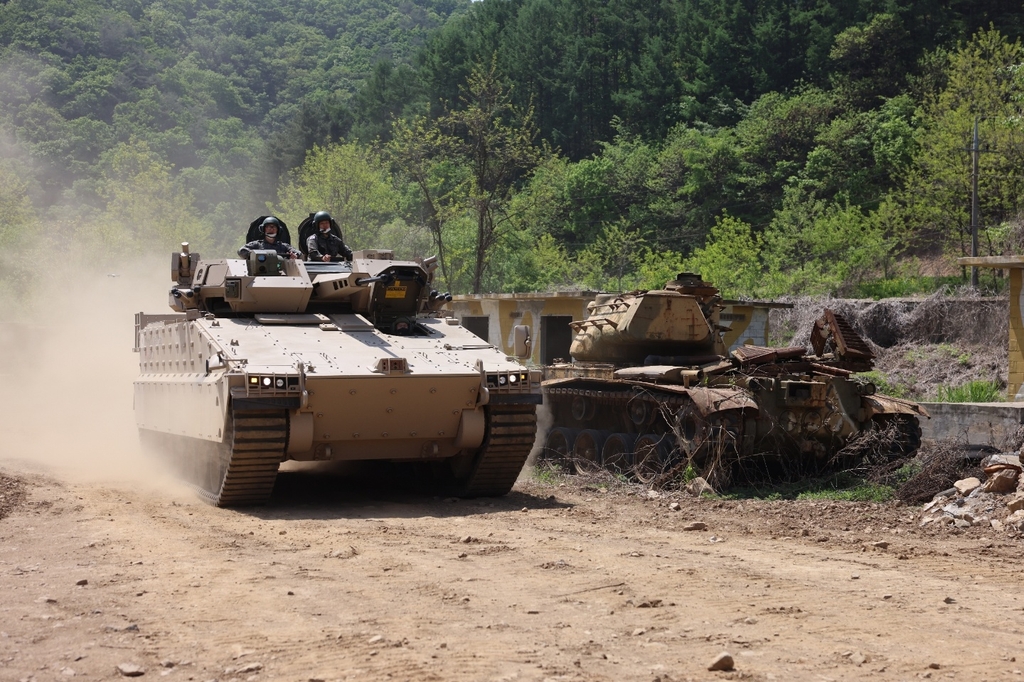