It is the first time in the country's cinema history that Korean films have taken home two titles at a time at the world's most prestigious film festival. 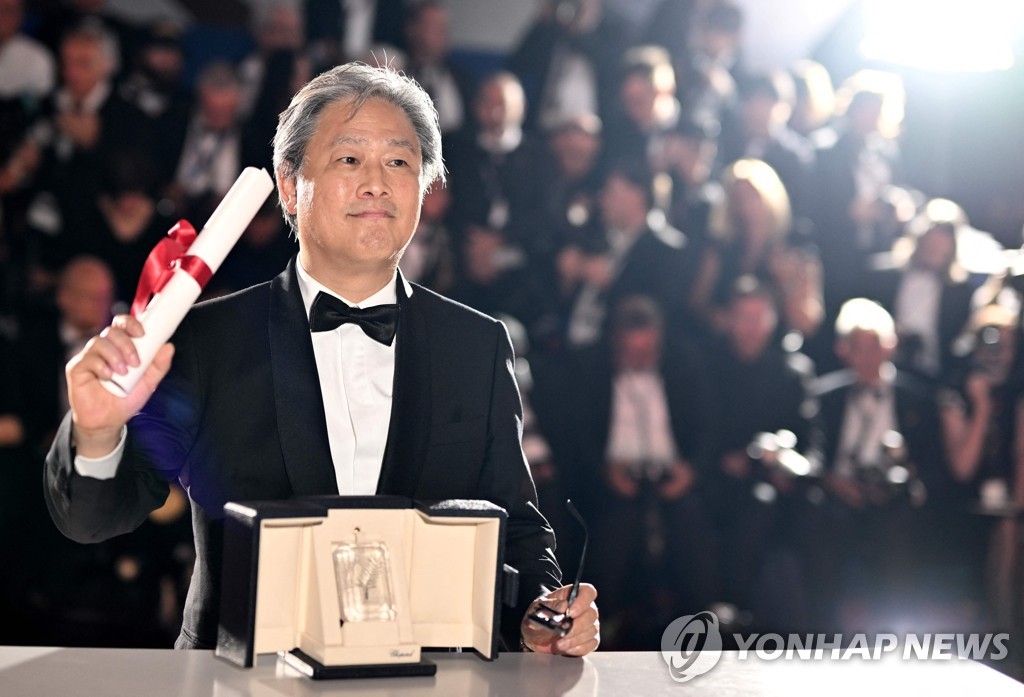 At the awarding ceremony for the 75th edition of the festival held at Palais Lumiere in Cannes, Park received the prize given to best film director for his romance "Decision to Leave."

It is his third prize given by Cannes, following the Grand Prix, the second-highest prize at the festival, for his thriller "Oldboy" in 2003 and the Jury Prize, the No. 3 honor, for the horror "Thirst" in 2009.

And Park became the second South Korean director to win in the category, following renowned filmmaker Im Kwon-taek for the historical drama "Chihwaseon" in 2002. 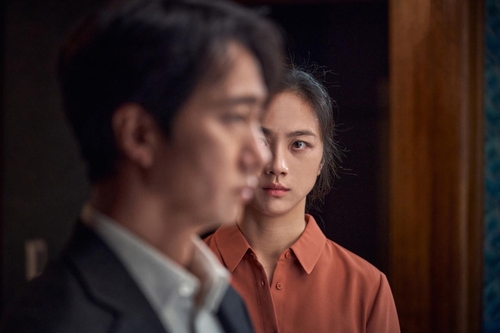 In his acceptance speech, Park praised the global film industry for overcoming the yearslong COVID-19 pandemic.

Starring Chinese actress Tang of "Lust, Caution" (2007) and Korean actor Park of "Memories of Murder" (2003), "Decision to Leave" is about a detective who suspects a mysterious widow in a murder case and later becomes interested in her. 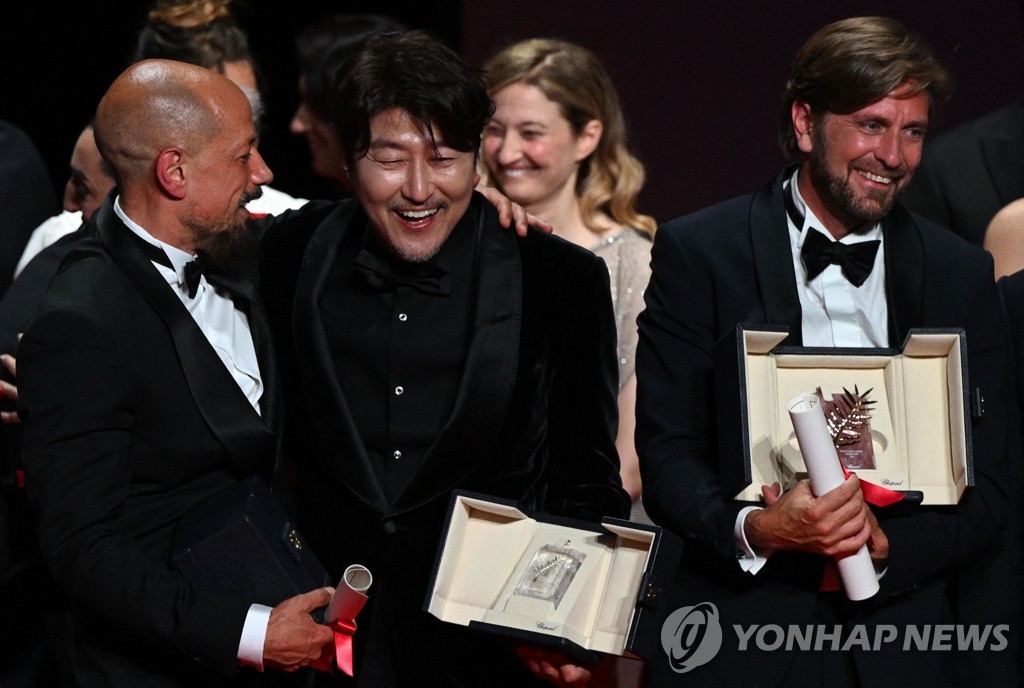 Song took home the best actor prize for his role of a baby broker in the film written and directed by the Cannes-winning Japanese filmmaker Hirokazu Kore-eda.

It is the first title that he earned from Cannes, although he has starred in several Cannes-winning titles, including Bong Joon-ho's "Parasite" (2019) and Park Chan-wook's "Thirst" (2009). He served as a jury member at last year's Cannes.

"I'm so grateful and honored. I would like to thank director Kore-eda, who is a great artist," Song said on the stage. "I also want to share this gratitude and honor with our cast members of Kang Dong-won, Lee Ji-eun, Bae Doo-na and Lee Joo-young." 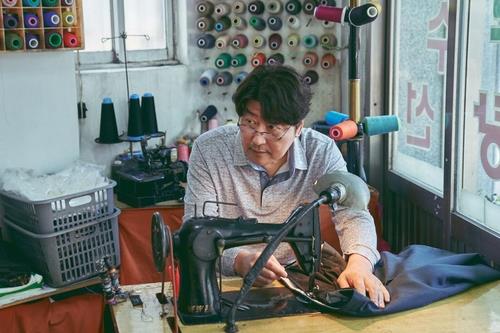 Director Park said he and Song received the titles as they attended the Cannes festival with different films. The festival does not grant Best Director and Best Actor prizes to one piece.

"If I and Song came to Cannes with one film, one of us would have missed a prize," he told Korean reporters after the closing ceremony. "As we came here separately, we took separate trophies at the same time."

He also celebrated Song's first acting title at Cannes after decades of a silver screen career since his debut film "The Day a Pig Fell into the Well" (1996). The two worked together in films like "Thirst," "Sympathy for Mr. Vengeance" (2002) and "Joint Security Area" (2000).

"I couldn't help running to him," said Park, who rushed to Song and hugged him after his name was announced for the winner of best male actor. "He has appeared in many good films, and it is time for him to win the prize."

He asked Song to give him a chance to do a new project together.

Song, who became the third Asian male actor to win an acting prize at Cannes after Hong Kong's Leung Chiu Wai for "In The Mood for Love" in 2000 and Japan's Yuya Yagira for "Nobody Knows" in 2004, thanked the director for his enthusiastic celebration.

"I'm so moved as an actor who has worked with director Park and joined hands with him in winning a prize with 'Thirst,'" he said. "I'll not forget the moment when he ran to me and embraced me."

He said he has not acted in order to win a title but made constant efforts to do good films, which have helped him attend international film festivals and receive a prize. 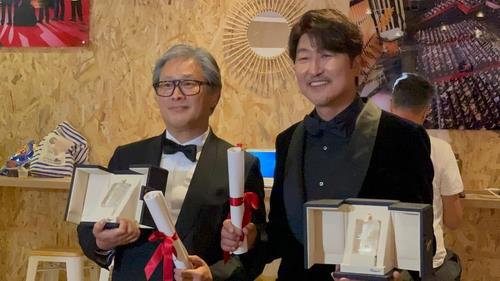 Meanwhile, the top honor of Palme d'Or went to "Triangle of Sadness" directed by Ruben Ostlund, and the Grand Prix was shared by "Close" by Lukas Dhont and "Stars At Noon" by Claire Denis.

Best Screenplay was awarded to Tarik Saleh who wrote and directed "Boy from Heaven," while Zar Amir Ebrahimi won the Best Actress prize.