CANNES, France, May 28 (Yonhap) -- Actor Song Kang-ho was named Best Actor at this year's Cannes Film Festival on Saturday for his performance in the drama "Broker," becoming the first South Korean male actor to win an acting prize at the prestigious fest.

At the closing ceremony for the 75th edition of the festival held at Palais Lumiere in Cannes, Song took home the best actor prize for his role of a baby broker in the film written and directed by the Cannes-winning Japanese filmmaker Hirokazu Kore-eda. 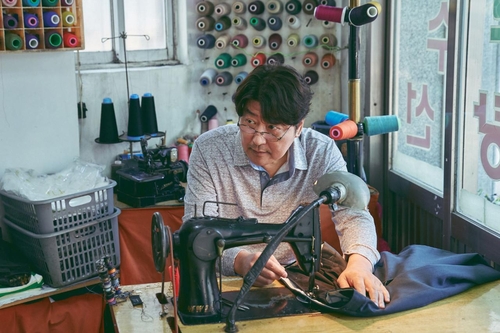 "I'm so grateful and honored. I would like to thank director Kore-eda, who is a great artist," Song said in an acceptance speech. "I also want to share this gratitude and honor with our cast members of Kang Dong-won, Lee Ji-eun, Bae Doo-na and Lee Joo-young." 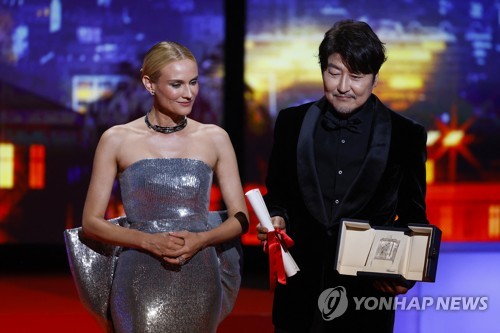 It is the first title that he earned from Cannes, although he has starred in several Cannes-winning titles, including Bong Joon-ho's "Parasite" (2019) and Park Chan-wook's "Thirst" (2009). 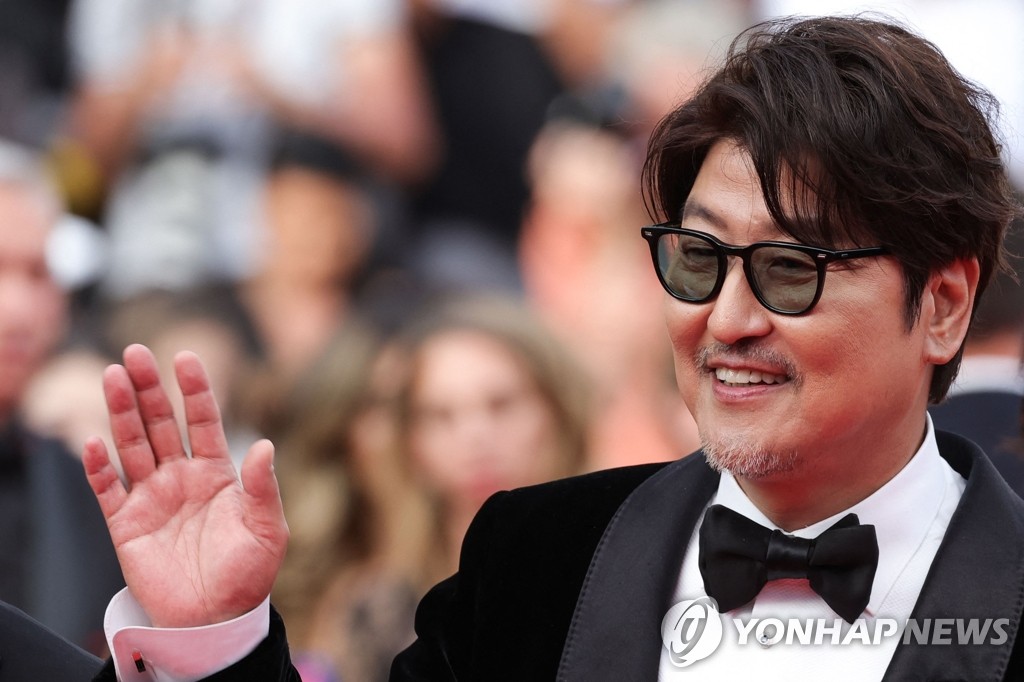