SEOUL, May 29 (Yonhap) -- Park Chan-wook, who won Best Director at this year's Cannes Film Festival for his romance "Decision to Leave" on Saturday, is one of the best-known Korean film directors in the international film scene.

He is well known for works with dark humor, eroticism and gory details featured in stylish mise-en-scene.

His revenge and survival-themed films investigate the violence in people's hearts by telling the story of ordinary people driven to extremes of despair. Social and religious taboos and restraints are challenged in Park's pieces, where social issues like materialism and class division that are openly covered in Bong Joon-ho's films rarely surfaced. 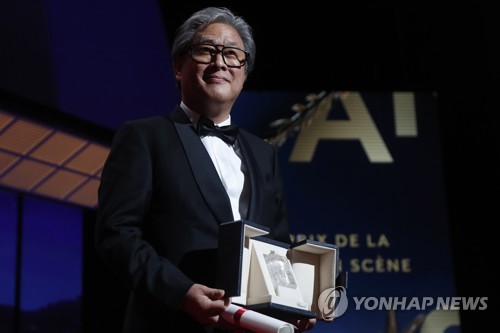 After two unsuccessful films, including his debut feature "The Moon Is What the Sun Dreams Of" (1992), he rose to fame with the box office-hit mystery thriller "Joint Security Area" (2000) about forbidden friendship and tragedy of South and North Korean soldiers stationed in the inter-Korean border area.

The film, which scarcely emanates the cinematic characteristics shown in the director's later titles, became the most-watched film in that year with an attendance of 5.8 million and Park's No. 1 hit movie. It competed for the Golden Bear at the 2001 Berlin International Film Festival. 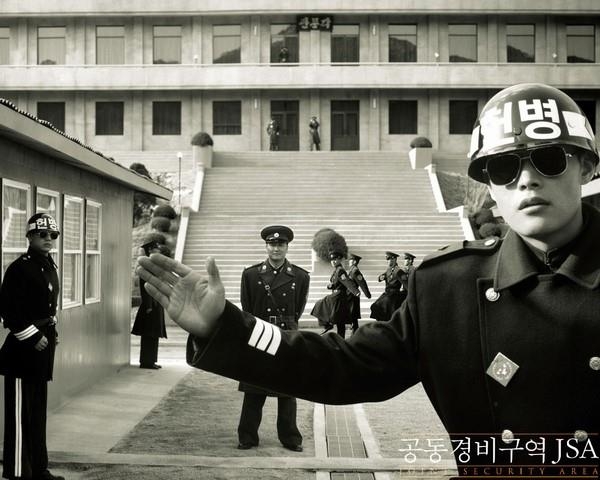 Based on the larger-than-expected success of "Joint Security Area," Park started to present his tastes in an audacious way in the upcoming projects, especially in the so-called vengeance trilogy -- "Sympathy for Mr. Vengeance" (2002), "Oldboy" (2003) and "Lady Vengeance" (2005).

The thriller "Sympathy for Vengeance" was critically acclaimed for Park's signature elegance in framing and style, but it was too gruesome and cruel to bring Park's fans to theaters.

His next vengeance-themed film "Oldboy" won positive reviews for its powerful and intense narrative based on the namesake Japanese comic, deep depiction of human madness on the edge and sensational artistic design.

It received the second-highest Grand Prix at the 2004 Cannes Film Festival, the most significant international award for any Korean movie up until that point. The award helped him build his reputation as one of the most prominent filmmakers in the world.

In his final project of the trilogy, "Lady Vengeance," he continued to display his ability to tell a story of a woman who starts revenge against the real murderer in a stylistically flashy and gruesomely violent way. The romantic comedy "I'm a Cyborg, But That's OK" (2006) won the Alfred Bauer Award at the 2007 Berlin International Film Festival, but it was a box office flop in South Korea.

With the horror "Thirst" (2009), Park created a new vampire film with excessive eroticism and violence by giving a fresh twist to the original novel "Therese Raquin" by Emile Zola.

It brought him the Jury Prize at the 2009 Cannes Film Festival, the second title that Park has won from Cannes.

In the thriller "The Handmaiden" (2016), Park set the story in the 1930 Japanese-occupied Korea to amplify the intense eroticism and violence of the original novel "Fingersmith" by Sarah Waters.

It became the first Korean-made film to win the category of Best Film Not in the English Language at the 2018 British Academy Film Awards. 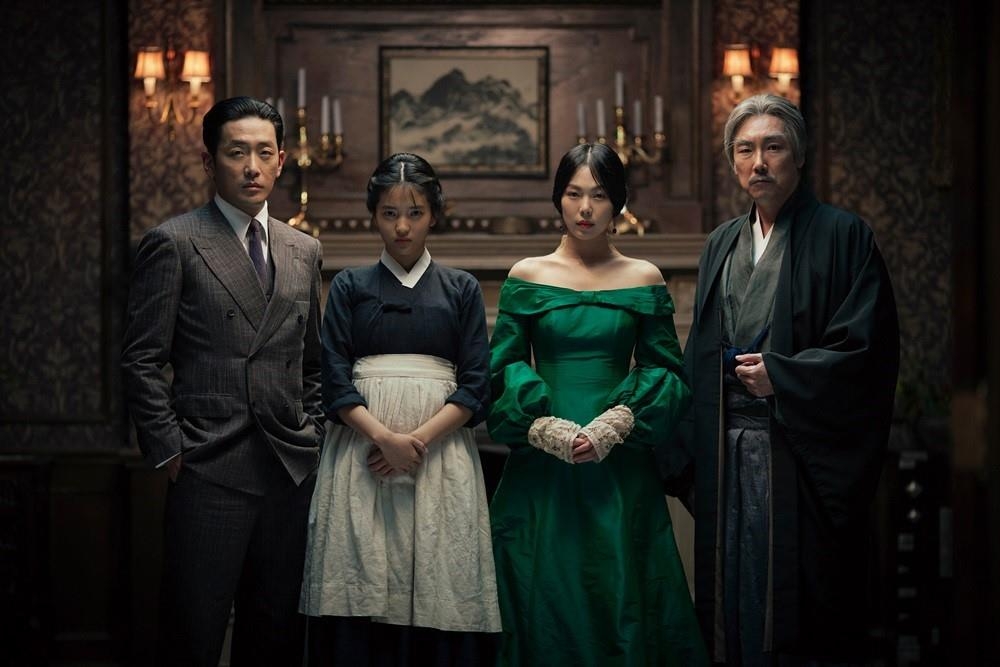 At this year's Cannes, he came up with the romance "Decision to Leave," a story about a police detective who falls in love with a woman suspected of murdering her husband, without sex and violence, considered signature features of his works.

Even without those elements, however, Park managed to narrate the love story in a more thrilling and shuddering way. It gave him the Best Director Prize at Cannes, his third prize given by the world's most prestigious film festival.

Park said he is not a director who only makes bloody thrillers or mysteries but one who makes films full of romantic and comedic elements.

"I'm not joking. I've really made romance films so far. Frankly, I want to call them romantic comedies," he said earlier this week during the Cannes festival. "Romance and comedy are main components of those films. So it was not that special for me to make another romantic comedy."