ULJIN, South Korea, May 28 (Yonhap) -- Firefighters were fighting a fast-spreading wildfire in the eastern coastal county of Uljin Saturday, as the blaze prompted authorities to issue an evacuation order for nearby residents. No human casualties were reported.

The fire started on a mountain in Uljin, 330 kilometers southeast of Seoul, at around 12:06 p.m. and has been spreading fast due to high winds of up to 20 meters per second, according to officials.

Local forest and fire authorities sent 30 helicopters and some 200 firefighters to contain the blaze.

There have been no human casualties, but some facilities and a temple at the vicinity of the scene caught on fire, according to firefighting authorities.

The county office ordered residents of nearby villages to evacuate.

The authorities issued a Level 2 wildfire alert, the third highest in the four-tier system, which allows for the mobilization of firefighters from several nearby areas.

On March 4, a massive wildfire started in Uljin and spread to nearby areas in the eastern Gangwon Province.

The blaze became the country's second-biggest on record, wiping out 20,523 hectares of woodland and causing financial damage of 226.1 billion won. (US$180 million). 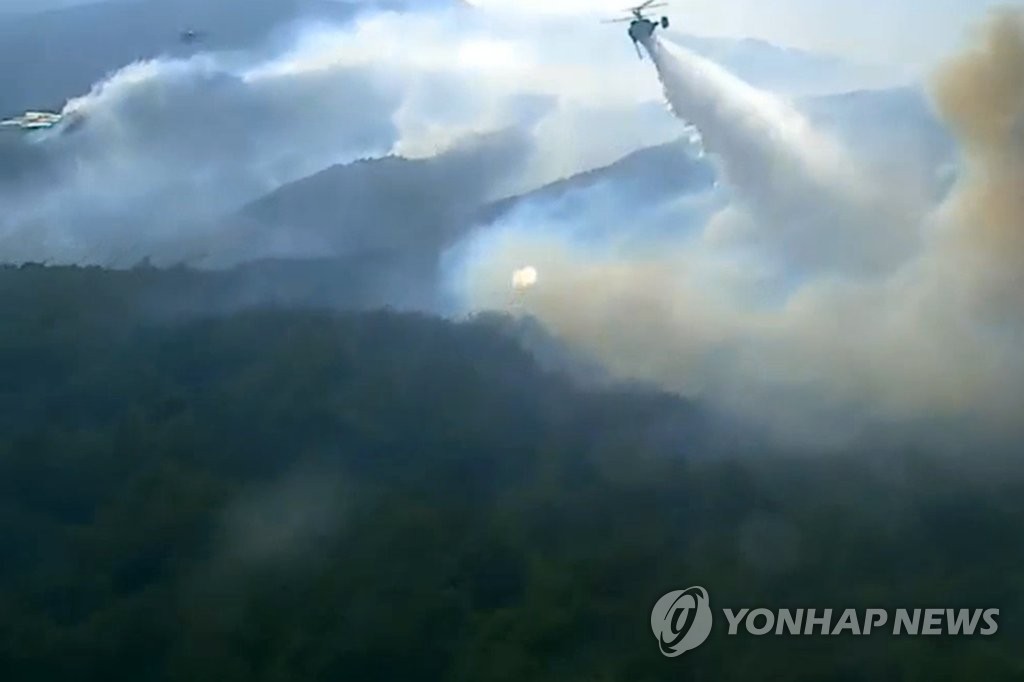