SEOUL, May 28 (Yonhap) -- President Yoon Suk-yeol is willing to meet with chiefs of political parties if the National Assembly first approves an extra budget bill, the presidential office said Saturday.

Yoon is open to meeting with leaders of the ruling and opposition parties if they request it, according to presidential spokesperson Kang In-sun.

"But as the parliamentary passage of the extra budget bill is more urgent, it would be desirable to discuss the issue later after the bill is approved," she said. 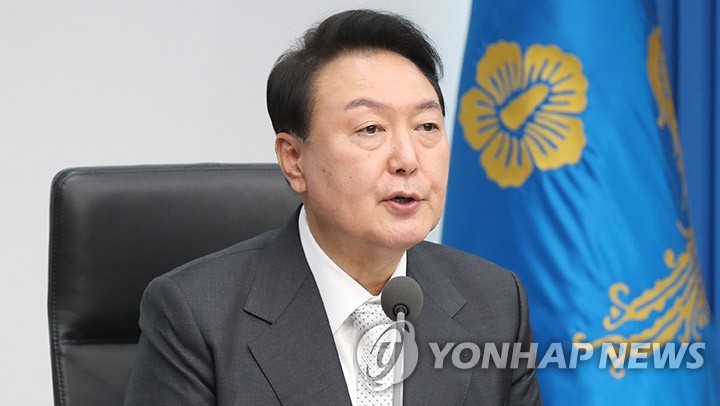 The ruling People Power Party (PPP) and the DP have been at loggerheads for weeks over details of the government's proposed record extra budget of 59.4 trillion won (US$47.3 billion).

Of the budget, the PPP supported the government's proposed 36.4 trillion won spending plan, centered on the provision of compensation for pandemic-hit merchants.

But the DP, which controls a majority in parliament, proposed increasing the government spending to over 50 trillion won in a bid to include funds for retroactive coverage of their losses and emergency loan programs.

The two parties agreed to cancel a parliamentary plenary session set for Saturday to deal with the extra budget bill. Instead, they tentatively decided to hold it Sunday.

"We again ask the DP to cooperate. The party should cooperate in the passage of the bill tomorrow to provide support to affected merchants," he said.
(END)