He won the honor for his role in the Korean flick "Broker" during his seventh visit to the film festival. He became the first Korean actor ever to win an award at Cannes after Jeon Do-yeon received best actress for her role in director Lee Chang-dong's film "Secret Sunshine" in 2007.

He also is the third Asian winner of the Cannes best actor prize after Hong Kong's Leung Chiu Wai and Japan's Yuya Yagira won respectively for "In The Mood for Love" in 2000 and "Nobody Knows" in 2004. 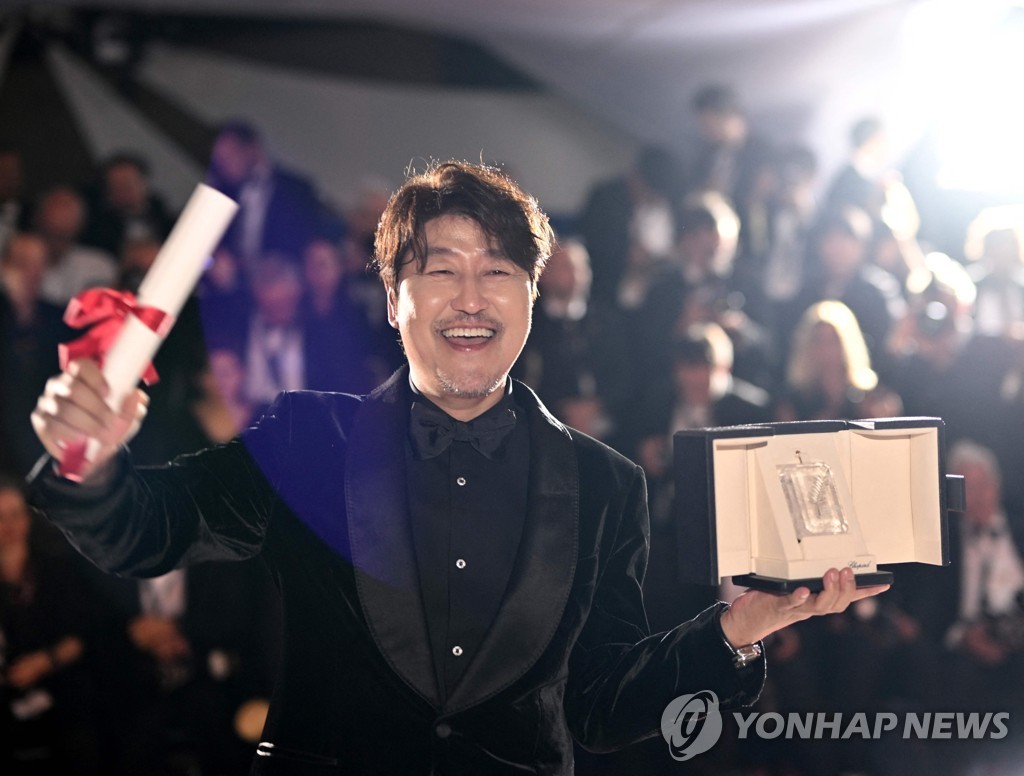 Song had been mentioned as one of the strongest candidates for the best actor award well before the start of the Cannes festival this year.

In 2019, in particular, when "Parasite" won the Palme d'Or at Cannes, the film's lead actor Song was singled out as a strong candidate for best actor by director Alejandro Gonzalez Inarritu who was head of the jury. But it was reported that the festival's rule that the Palme d'Or and Best Actor cannot go to the same film forbade him from winning the award. 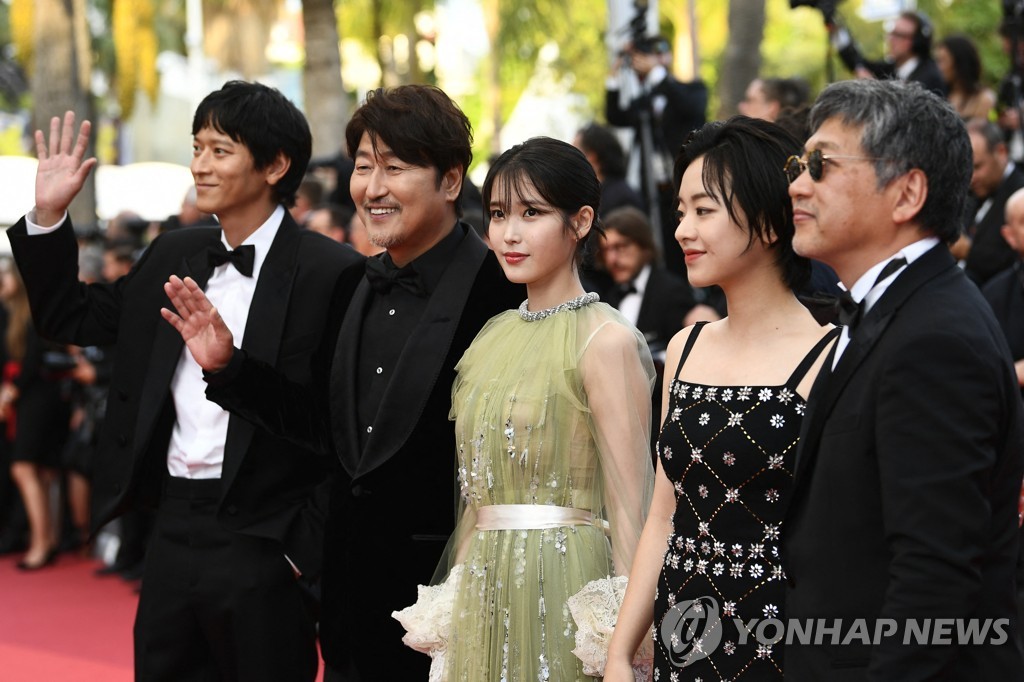 "Broker," which earned him best actor this year, was written and directed by the Cannes-winning Japanese filmmaker Hirokazu Kore-eda as his first Korean-language project. It depicts the relationships of characters formed through a baby box, where people anonymously drop off newborns that they can't raise.

Kore-eda had picked Song as the Korean actor he wants to work with the most, long before casting him for the role of Sang-hyun, who steals an unattended infant left by its parents at a baby box and sells it to parents who need babies.

Song, who started as a member of Theater Yeonwoo, a local theater group, in 1991, made a debut in the film industry with a role in "The Day a Pig Fell into the Well" (1996) directed by Hong Sang-soo. 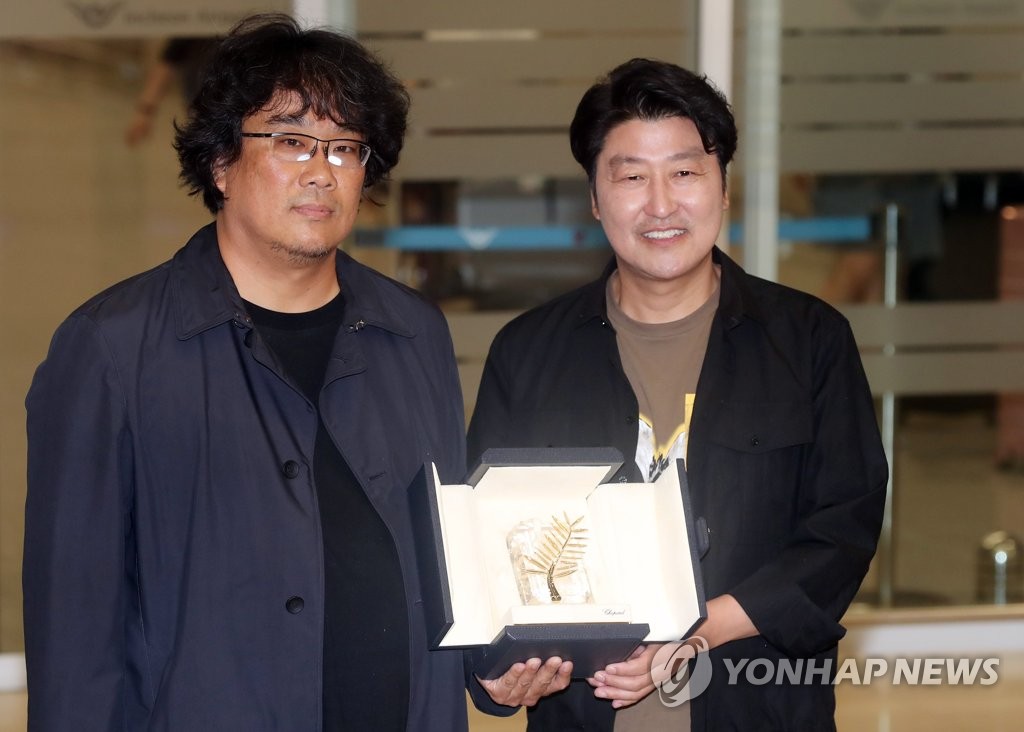 After "Parasite" triumphed at Cannes in 2019, Song became the first Asian actor to win the Excellence Award at the Locarno International Film Festival in Switzerland in the same year.

Appearing in about 40 films, he has played a wide spectrum of roles ranging from a detective in an old-fashioned investigative style ("Memories of Murder") and a working-class father who desperately struggles to save his daughter from a monster ("The Host") to the designer of a giant train where the only survivors of a global, apocalyptic Ice Age are on board ("Snowpiercer").

His eclectic acting style has appealed to many renowned South Korean filmmakers, including Lee Chang-dong, Park Chan-wook and Bong Joon-ho.

Song, in particular, is known to have a close relationship with Bong.

When he went up onstage to receive the top honor at Cannes in 2019, Bong attributed the honor to Song, saying, "I couldn't shoot a scene without the greatest actor, Song Kang-ho."