SEOUL, May 29 (Yonhap) -- New COVID-19 cases stayed below 20,000 for the fourth consecutive day Sunday, as the omicron-fueled spread of the virus has slowed down in recent weeks.

The country added 12,654 new infections, including 26 cases from overseas, bringing the total caseload to 18,080,323, the Korea Disease Control and Prevention Agency (KDCA) said.

It marked the lowest in 18 weeks for any Sunday and came to about half the level logged two weeks earlier.

The number of critically ill patients stood at 188, the lowest figure in more than 10 months.

South Korea has seen a gradual decrease in new virus cases over the past several weeks, after the pandemic driven by the highly transmissible omicron variant peaked in mid-March when the daily caseload spiked to over 621,000.

As of Saturday, 44.58 million, or 86.9 percent of the population, had completed the full two-dose vaccinations, and 33.29 million, representing 64.9 percent, had received their first booster shots.

More than 4.05 million people, or 7.9 percent, had gotten their second booster shots, the KDCA said. 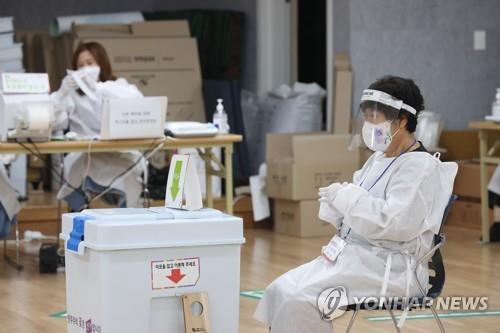 The authorities have shifted their focus away from rigorous contact tracing and treatment to dealing with seriously ill patients and preventing deaths.

Starting next month, the KDCA will implement "fast track" measures meant to swiftly provide treatment to virus-vulnerable groups, including those aged 60 and older, people at senior care hospitals and those with compromised immune systems.

In line with the recent downturn, the government has also taken steps to support people's return to normalcy and decided to further ease regulations for travelers.

Starting June, inbound travelers have to undergo only one PCR test within three days of arrival. Currently, they must take a PCR test within 24 hours of entry, as well as a rapid antigen test on the sixth or seventh day.

In addition, those aged 6-11 will be exempted from self-isolation if they are accompanied by guardians who are fully vaccinated. Teenagers between 12 and 17 will not be in mandatory isolation as long as they have received a second vaccine dose, the KDCA said.

From last week, arrivals were allowed to submit supervised rapid antigen test results, issued within 24 hours prior to their departure date. Previously, the government only recognized PCR test results.

Last month, the government lifted most of its antivirus restrictions, such as the cap on private gatherings and business curfews, though the seven-day self-isolation for COVID-19 patients will remain in effect until June 20.