SEOUL, May 29 (Yonhap) -- North Korea on Sunday indicated that it may ease COVID-19 curbs as the country's pandemic situation has shown signs of improvement and of disease transmission coming under control.

North Korean leader Kim Jong-un presided over a politburo meeting of the ruling Workers' Party of Korea and "made a positive evaluation of the pandemic situation being controlled and improved across the country," the North's Korean Central News Agency (KCNA) reported, without saying when the meeting took place.

The Political Bureau meeting "discussed the issues of continuously stabilizing and improving the overall anti-epidemic situation while further consolidating the experiences gained in the early period of the anti-epidemic work," the KCNA said.

It also "examined the issue of effectively and quickly coordinating and enforcing the anti-epidemic regulations and guidelines given the current stable anti-epidemic situation."

The KCNA report hinted that it could ease virus curbs to prevent the economy from deteriorating further, while expressing confidence that the pandemic situation is being controlled.

Hong Min, a researcher at the state-run Korea Institute of National Unification in Seoul, said, "According to North Korean broadcasting, production activities were carried out on a daily basis with exceptions, despite quarantine and containment measures."

Hong said North Korea could highlight Kim's leadership by publicizing reports that its pandemic situation has been brought under control.

North Korea's daily reported cases of feverish symptoms peaked at 392,920 on May 15 and has trended downward since then.

North Korea's daily new suspected COVID-19 cases stayed below 100,000 for the second straight day, according to its state media Sunday. 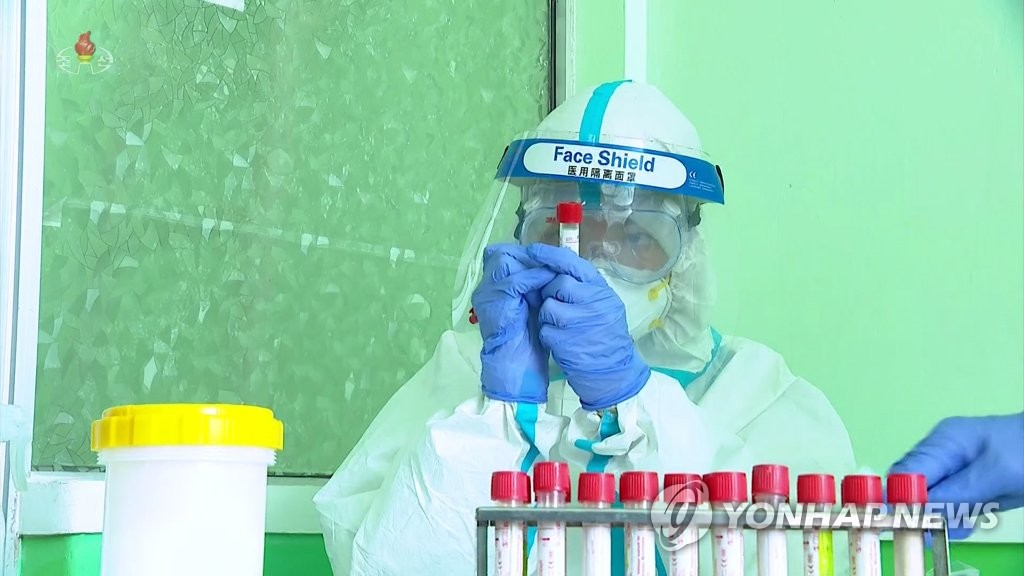