SEOUL, May 30 (Yonhap) -- Choi Ji-man of the Tampa Bay Rays has homered for the fourth time this season.

Choi delivered a game-tying solo shot against the New York Yankees in the bottom of the second inning, as the Rays went on to prevail 4-2 at Tropicana Field in St. Petersburg, Florida, on Sunday (local time).

The opposite field blast, off starter Luis Severino, was Choi's fourth home run of 2022. 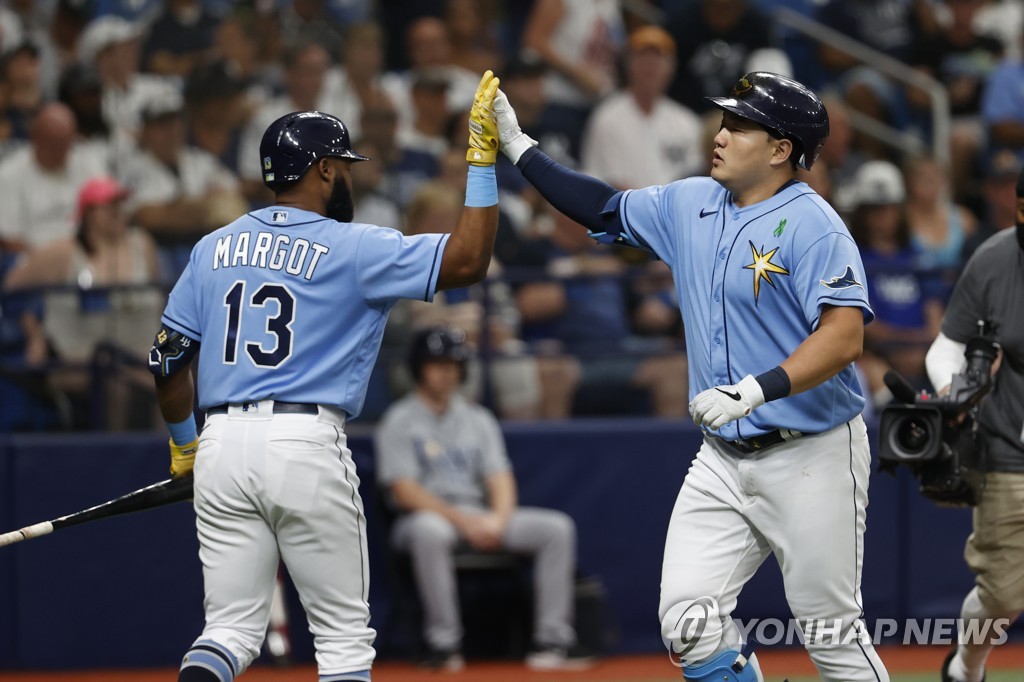 The South Korean infielder got the start as the designated hitter and batted cleanup. And he went deep against Severino in his first time up to lead off the second inning, driving a 95.7 mph fastball over the left field wall to knot the score at 1-1.

Severino got the better of Choi in the fourth inning, when Choi struck out swinging on a changeup. 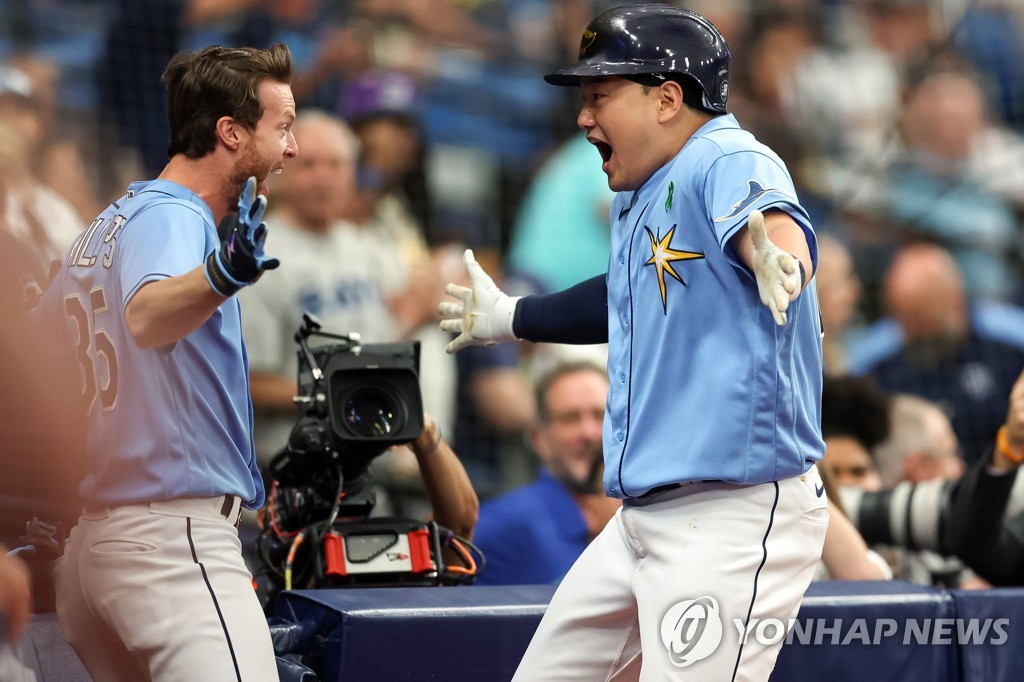 Choi drew a walk against Severino in the seventh inning, and came around to score to make it 4-1 later in the inning when reliever Ron Marinaccio hit Mike Zunino with the bases loaded.

Choi grounded out to third for the final out of the eighth inning in his fourth trip to the plate.

Choi missed about 10 days of action from late April to early May with an elbow injury but is still ranked second on the Rays with 20 RBIs and 18 walks. 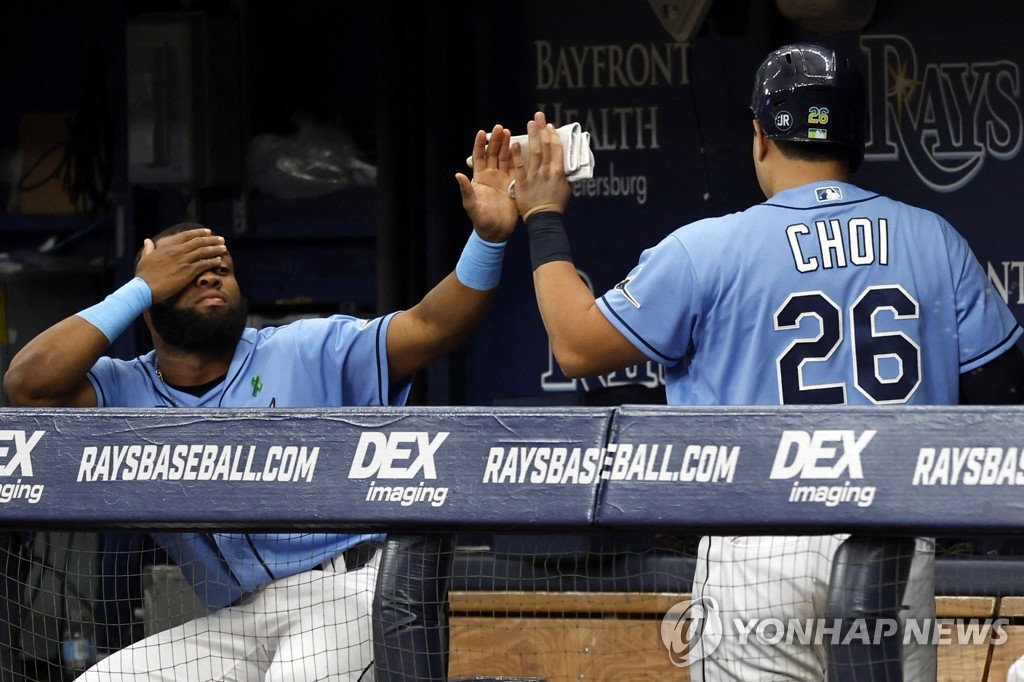