The sequel to the 2017 hit comedy "The Outlaws" garnered 1.79 million people over the Friday to Sunday period, bringing its combined total to 6.54 million, according to the Korean Film Council.

It is the highest audience record set by all releases in 2022, outnumbering "Doctor Strange in the Multiverse of Madness" that posted an attendance of 5.75 million after its theatrical release in May.

"The Roundup" also became the most-watched Korean film since the disaster film "Ashfall" marked a total of 8.25 million at the end of 2019.

The latest Marvel movie, "Doctor Strange 2," came in second, garnering 171,000 people over the three-day period, followed by the documentary "The Red Herring" with 107,000. 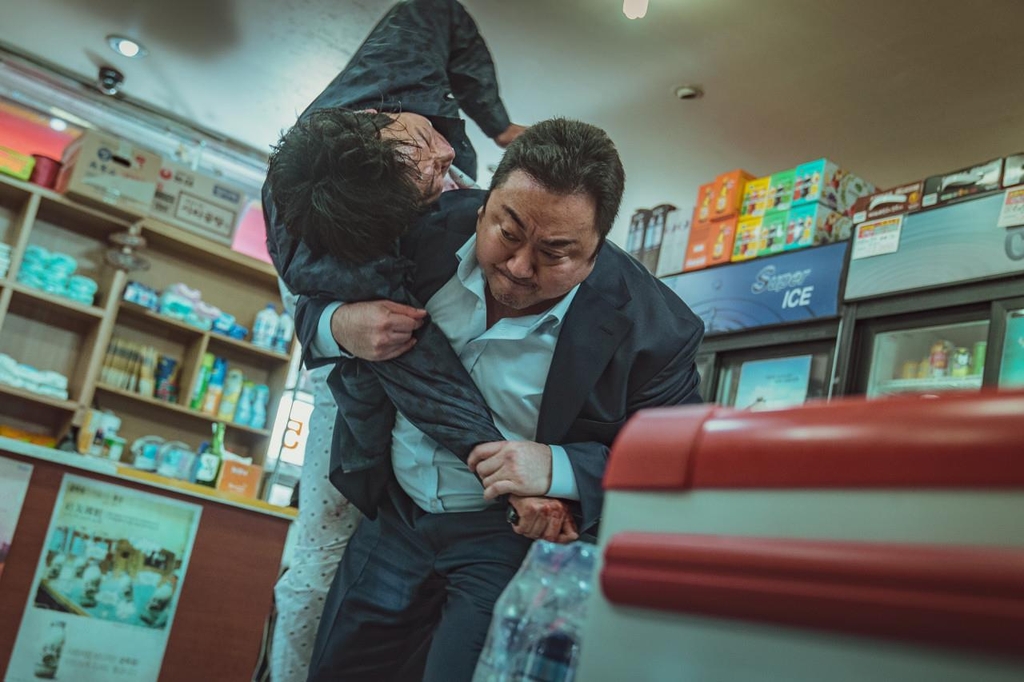 'The Roundup' becomes most-watched film in 2022 to date

'The Roundup' becomes most-watched film in 2022 to date