Yoon made the remark during a weekly meeting with his senior secretaries, shortly after the budget was approved at a Cabinet meeting following its passage through the National Assembly late Sunday.

"The extra budget proposal passed through the National Assembly late yesterday, and it is a great relief," Yoon said during the meeting, reiterating it is the state's responsibility to compensate business owners who suffered under government-imposed coronavirus restrictions. 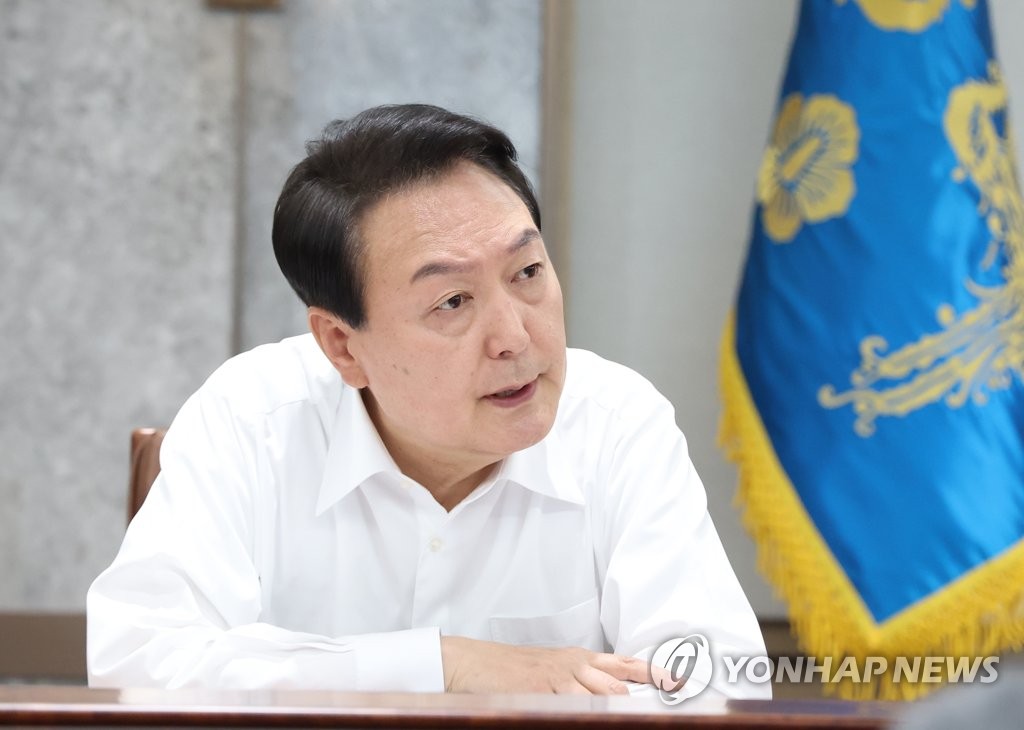 "I urge the financial authorities to swiftly execute the extra budget proposal so that small business owners and self-employed people who are holding on to their last breaths can swiftly stabilize their livelihoods," he said.

The new extra budget -- the largest-ever and the first under the Yoon Suk-yeol government -- breaks down into a 39 trillion-won spending plan, including cash handouts to small merchants, and 23 trillion won in grants to regional governments.

Some 3.71 million merchants and micro business owners will be eligible for cash handouts of between 6 million won and 10 million won each.

The government is expected to begin offering cash handouts later in the day.

Yoon used the meeting to call for bold deregulation, saying the right conditions for investment are needed to create more jobs for young people and enable rapid economic growth.

"Our businesses can't compete and run properly in the global market if they have sandbags attached to them," he said. "We must boldly remove regulations that hold our firms back. The presidential office must cooperate with government ministries, and if there are difficult and complicated regulations, I will step forward myself."

Yoon instructed his aides to use all possible means to stabilize inflation, noting the Bank of Korea revised its inflation forecast upward for 2022 to 4.5 percent.

"It's forecast that inflation will actually exceed 5 percent, which means prices felt by the people will be even higher," he said. "(Tackling) inflation is the most important task when it comes to stabilizing people's livelihoods. If inflation rises, real income falls."

When asked by reporters earlier Monday about the extra budget's possible negative impact on inflation, Yoon replied, "should we not draw up an extra budget?"

"The self-employed are holding on to their last breaths, so we have to think about them first," he said. "The inflation problem will have to be dealt with in detail."

At Monday's meeting, Yoon also called for efforts to contain the spread of African swine fever, which was reported in Gangwon Province last week.

He expressed gratitude to firefighters for putting out a mountain fire that broke out in North Gyeongsang Province over the weekend and urged the government to work to prevent a recurrence and help affected residents return to their everyday lives. 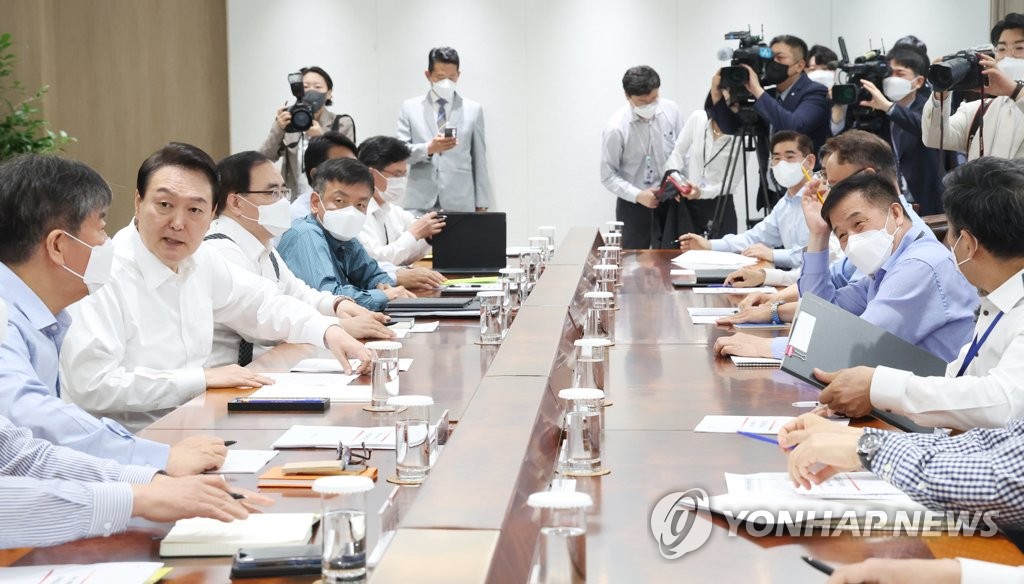