Song arrived at Incheon International Airport in Incheon, 40 kilometers west of Seoul, along with director Hirokazu Kore-eda and co-stars of "Broker," with about 300 fans and journalists celebrating the historic honor.

"Thank you to all Korean movie fans for your constant interest and support for Korean films," Song told reporters upon arrival. "I thought this achievement wouldn't be possible without Korean fans' love and support." 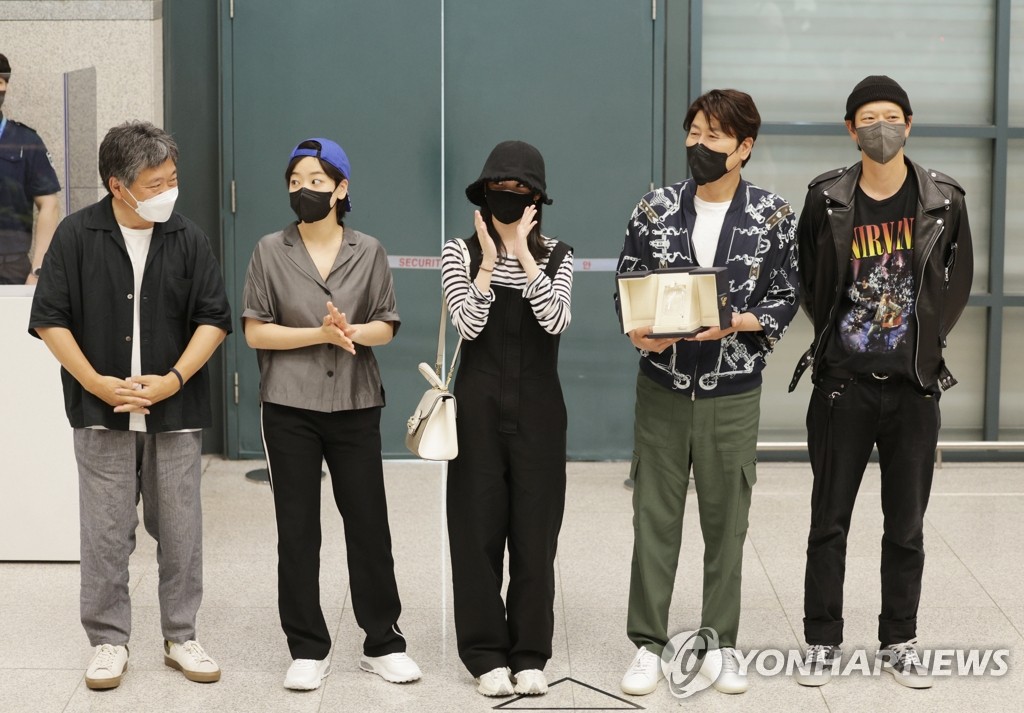 Song received Best Actor at this year's Cannes Film Festival in France on Saturday (French time) for his performance in the Korean drama "Broker," written and directed by Japanese auteur Kore-eda.

It is the first title that Song has earned from Cannes, although he has starred in several Cannes-winning titles, including Bong Joon-ho's "Parasite" (2019) and Park Chan-wook's "Thirst" (2009). He served as a jury member at last year's Cannes.

He is the first South Korean male actor to win an acting award at Cannes and became the third Asian male performer awarded the prize after Hong Kong's Leung Chiu Wai for "In The Mood for Love" in 2000 and Japan's Yuya Yagira for "Nobody Knows" in 2004.

Director Kore-eda, whose previous family drama "Shoplifters" earned Cannes' top honor of Palme d'Or in 2018, also appreciated the support of Korean fans for his first Korean-language project. "Broker" is his second film to bring a lead actor the Best Actor prize at Cannes after "Nobody Knows."

"Broker" depicts the relationships of characters formed through a baby box, where people anonymously drop off newborns that they can't raise. 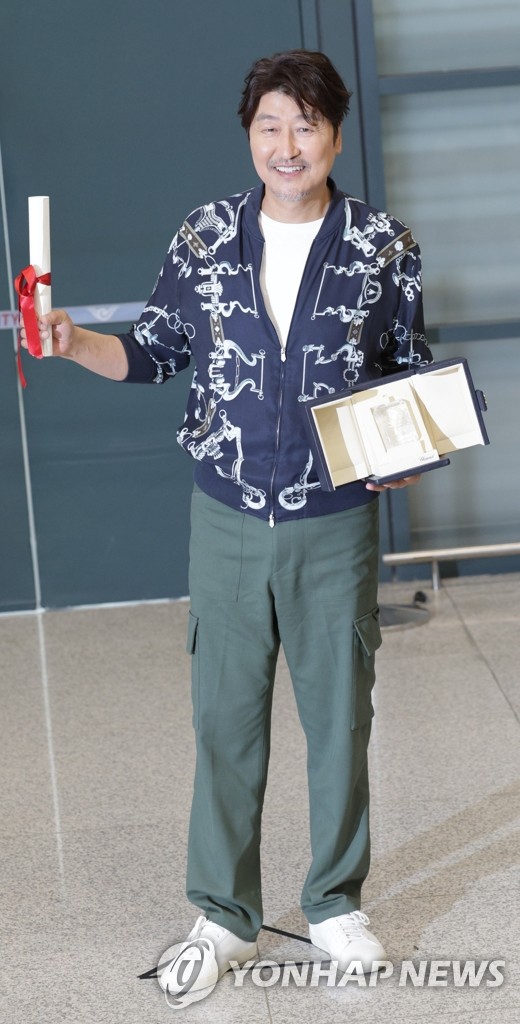