The number of monthly home lease contracts, called "weolse" in Korea, came to 130,295 in April, accounting for 50.4 percent of the country's total home rental deals at 258,318, according to the data from the Ministry of Land, Infrastructure and Transport.

It marks the first time that the ratio of weolse deals has surpassed the 50-percent level.

The remainder were jeonse contracts, or a home rental arrangement unique to South Korea.

The ministry attributed the increase in weolse contracts to the implementation in July 2020 of the new laws intended to protect tenants from landlords and excessive rent hikes.

Tenants here generally prefer jeonse, as the key money is returned at the end of the lease. But the new laws have stoked fears that excessive protection of tenants may prompt more landlords to switch to weolse.

Also responsible were a recent jump in jeonse rates and rising interest rates, which made tents reluctant to take out loans from banks for jeonse contracts, the ministry added.

The data also showed home transactions in South Korea expanding 9.3 percent on-month to 58,407 in April amid expectations that the new Yoon Suk-yeol government, which took office on May 10, may ease property regulations. From a year earlier, however, the number was down 37.2 percent.

Construction permits issued for new homes stood at 48,560 units in April, up 8.9 percent from a year ago. New home permits in the capital area, which includes the western port city of Incheon and the adjacent province of Gyeonggi, sank 39.2 percent on-year, and those in the rest of the country soared 73 percent.

The number of groundbreakings for new homes plunged 24 percent on-year to 34,417. The figure for the capital area shrank 16.9 percent, with that for the rest of the country tumbling nearly 30 percent. 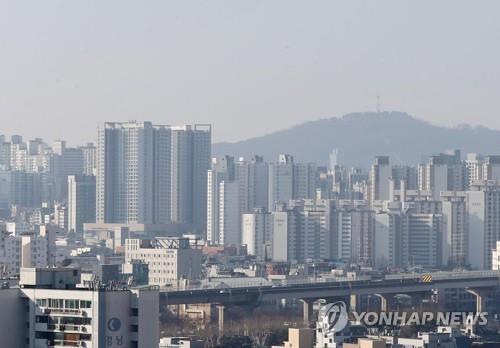