SEOUL, May 31 (Yonhap) -- South Korea's trade of computers and related goods soared nearly 40 percent to reach a new all-time high in the first four months of the year amid the coronavirus pandemic, data showed Tuesday.

The country's exports and imports of computers and peripherals stood at US$13.3 billion in the January-April period, up 40.2 percent from a year earlier, according to the data from the Korea Customs Service.

The customs office attributed the surge to increased non-in-person activities in the wake of the prolonged COVID-19 crisis.

The sharp increase came after South Korea's trade of computers and peripherals jumped 26.6 percent on-year to a fresh high of $31.9 billion in 2021.

In the first four months, exports spiked 65.7 percent to $7 billion, and imports climbed 19.7 percent to $6.3 billion, resulting in a trade surplus of $700 million in the sector, the biggest for the four-month period.

Last year, South Korea's trade surplus in the sector reached $1.1 billion after switching to an $800 million surplus in 2020 following a red ink of $1.5 billion a year earlier.

The United States was the largest export destination with $2.1 billion, followed by China with $1.8 billion and Hong Kong with $800 million. Imports from China were the largest at $4.1 billion, or 64.1 percent of the total, according to the data. 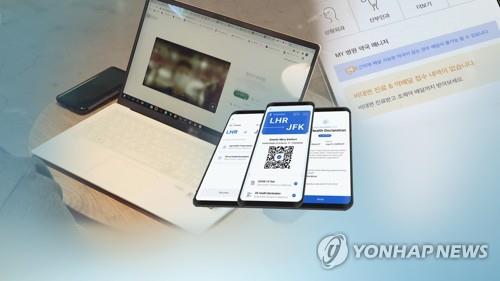