The PPP was projected to take 10 of the 17 metropolitan mayoral and gubernatorial posts, including Seoul mayor, while the DP was expected to grab only four posts, including the governorships in its stronghold of Jeolla provinces, according to a joint exit poll by three major TV broadcasters.

The PPP was leading in the other three races -- one for Gyeonggi governor and two mayoral contests for the central cities of Daejeon and Sejong -- though the gaps were within the margin of error, according to the exit poll by KBS, MBC and SBS.

In a separate exit poll by broadcaster JTBC, the PPP was projected to win nine metropolitan mayoral and gubernatorial posts against the DP's four, with four races in a dead heat.

The elections took place less than a month after President Yoon Suk-yeol took office. If the exit poll projections stand, the results are expected to boost the mandate of the new government in its first years. 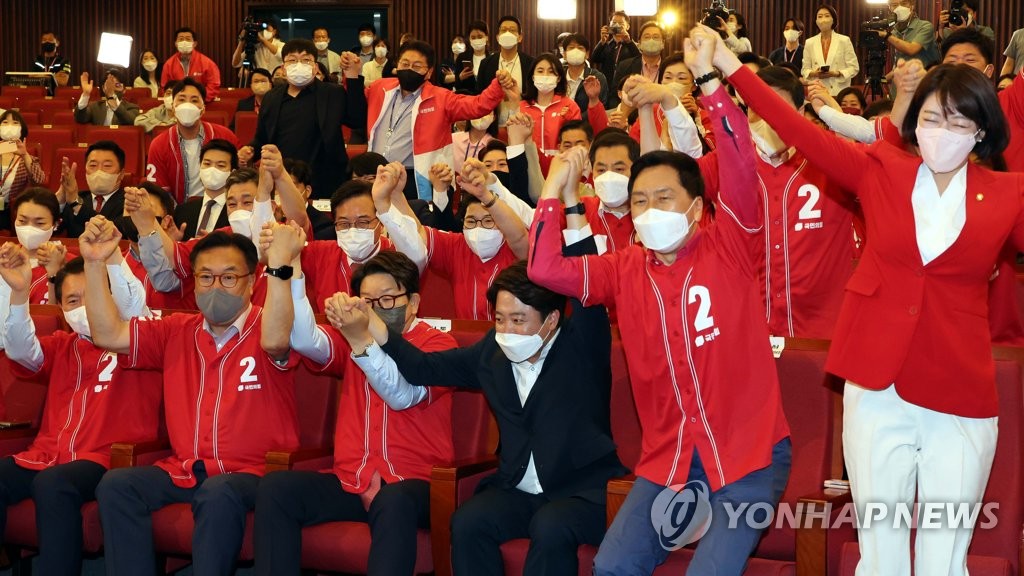 Up for grabs in this year's local elections were 17 metropolitan mayoralties and provincial governorships, 226 lower-level administrative leadership positions, as well as 872 seats in provincial and metropolitan councils, and 2,988 in lower-level local councils.

Of the many battlegrounds, both parties view the capital area as the most important, as half of the country's population resides there.

According to the KBS-MBC-SBS exit poll, Seoul Mayor Oh Se-hoon of the PPP was projected to win reelection by garnering 58.7 percent of the vote against Song Young-gil of the DP with 40.2 percent.

In the Gyeonggi governor race, Kim Eun-hye of the PPP and Kim Dong-yeon of the DP were in a dead heat with the exit poll forecasting the former to win 49.4 percent against the latter's 48.8 percent.

Their parliamentary races carry extra significance since the victory could help them gain ground in their respective parties and pave the way to another shot at the presidency.

Ahn of the PPP, who withdrew from the presidential race to endorse Yoon, was expected to clinch the seat representing the Bundang-A district of Seongnam, just south of Seoul, by winning 64 percent of the vote against DP's Kim Byoung-gwan with 36 percent, according to the exit poll.

Lee of the DP, who lost to Yoon in the March 9 presidential election only by a razor-thin 0.73 percentage-point gap, was projected to win the seat in the Gyeyang-B district in Incheon, west of Seoul, by taking 54.1 percent of the vote against PPP's Yoon Hyung-sun with 45.9 percent. 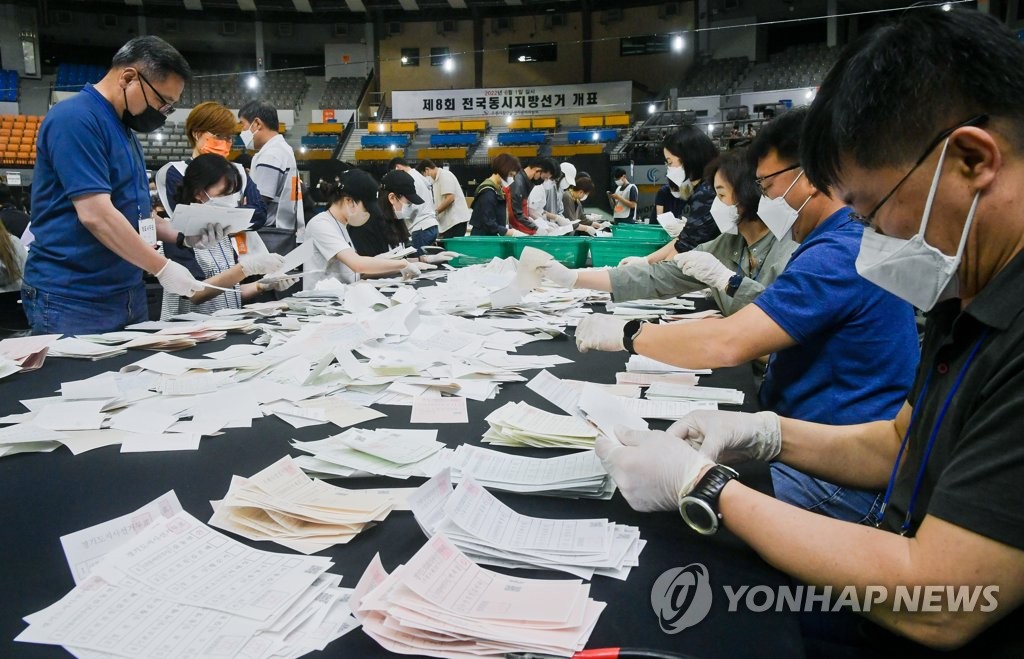 Winners are expected to emerge around midnight, although the results for closely contested constituencies could come out early Thursday morning.

Tentative turnout for this year's local elections was tallied at 50.9 percent, the second-lowest ever for local elections, as 22.5 million of 44.3 million eligible voters cast ballots, according to the National Election Comnission (NEC).

Despite registering a record early voting turnout of 20.62 percent, the final turnout came in far lower than the 60.2 percent logged in the 2018 local elections. 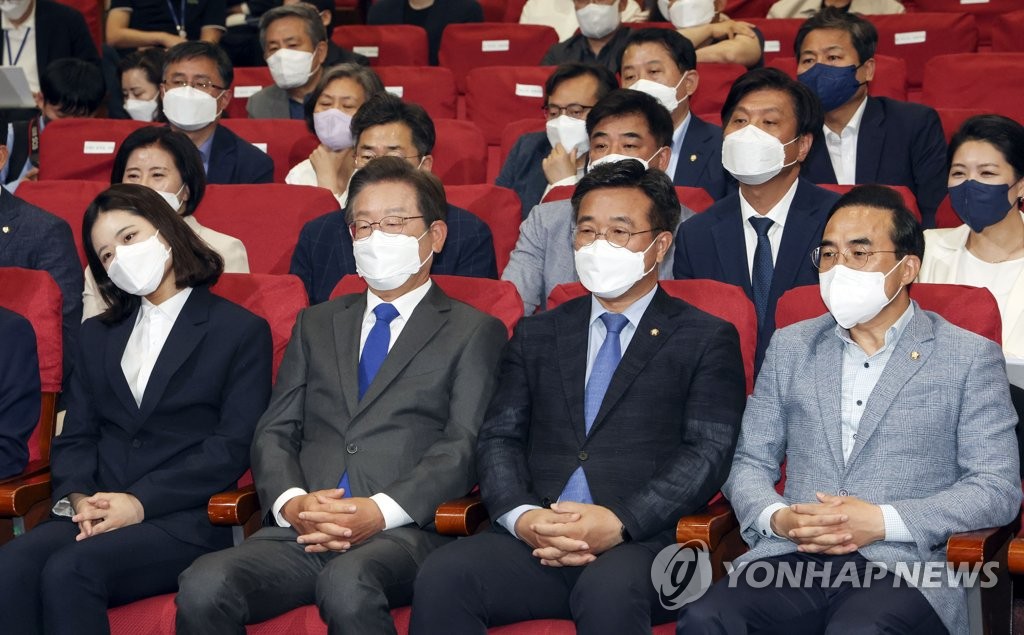 The PPP was looking to extend the momentum of the March 9 presidential election victory and help the new government to powerfully push its agenda from the start.

The conservative party believes Yoon's summit with U.S. President Joe Biden and recent North Korea provocations have helped make its case to voters, especially to those seeking the stabilized operation of the Yoon administration.

The DP, which controls a majority in the National Assembly, was looking to recover from the presidential election defeat and expand its power across the nation to keep the Yoon government in check.

The liberal party, which scored a landslide victory in the 2018 local elections, also hoped it can overcome a recent internal feud, which was sparked by the DP co-interim chief Park Ji-hyun's call for a sweeping reform of the party, and a sexual misconduct case involving one of its lawmakers. 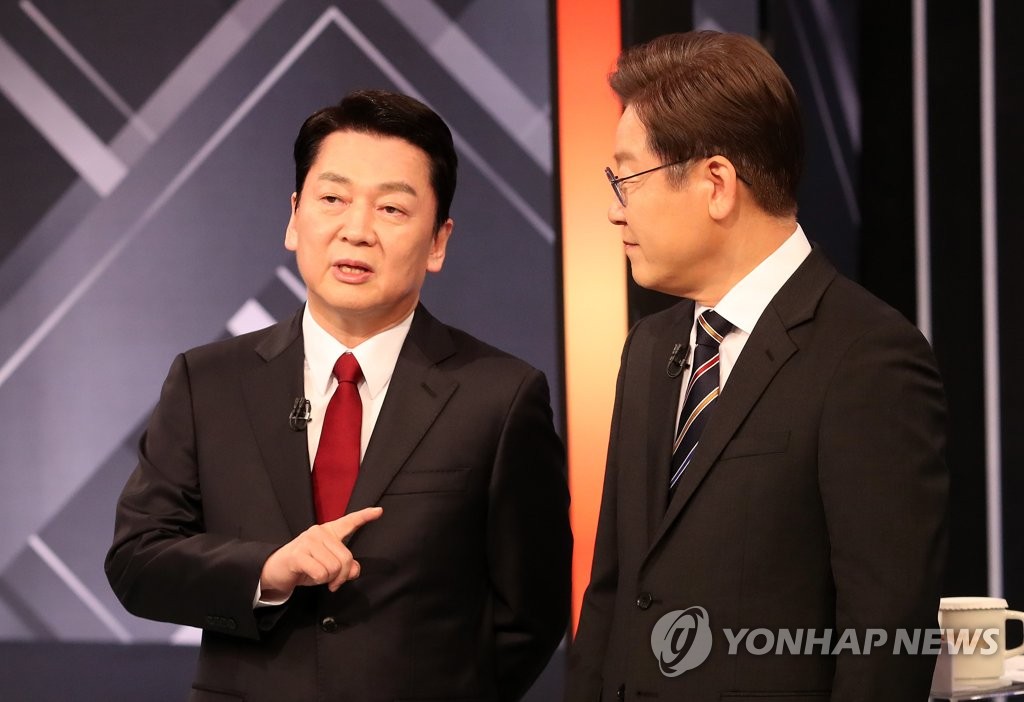