GOYANG, South Korea, May 31 (Yonhap) -- Brazil may be the top-ranked team in men's football heading into their friendly match against South Korea, but their midfielder Bruno Guimaraes said Tuesday isn't taking the host country lightly.

That's because Guimaraes knows all too well what South Korea's captain, Son Heung-min, can do. 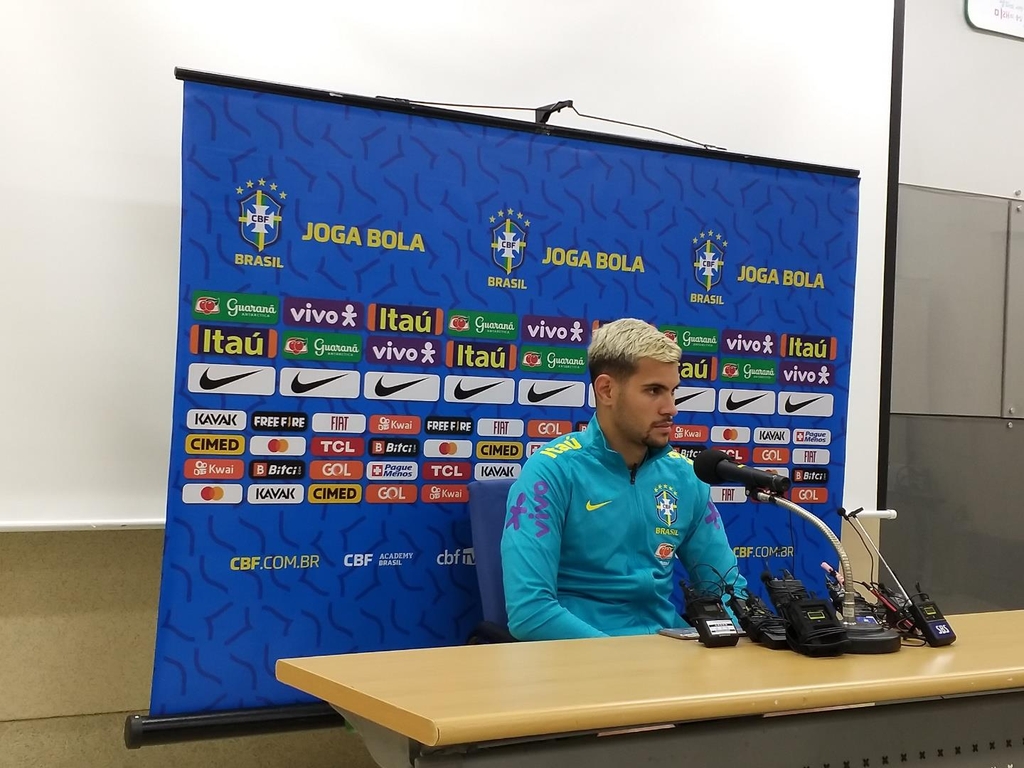 South Korea have beaten Brazil just once in their six previous meetings, and the sole victory came way back in 1999. The South American giants will once again be heavily favored this week, but Guimaraes said South Korea won't be a pushover.

"I understand South Korea are a technically-sound team, and we've done a lot of preparation for this match," Guimaraes said through an interpreter at a press conference at Goyang Stadium in Goyang, just northwest of Seoul. Brazil opened the first hour of their two-hour training session to the South Korean media.

"Even though this is a friendly match, we will do the best we can," the 24-year-old midfielder added. "South Korean players are quite talented and it won't be an easy match for us." 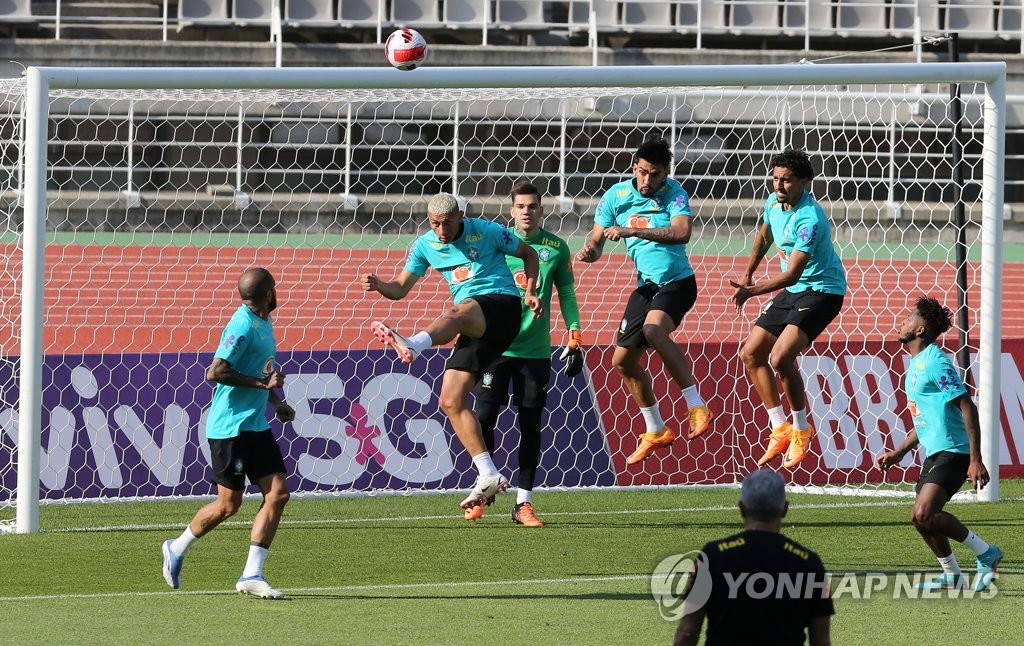 Guimaraes, who joined Newcastle United in the Premier League in January, got a firsthand look at the best South Korean player today in Son, the attacking star for Tottenham Hotspur and reigning Premier League Golden Boot winner.

Son collected a goal and an assist against Newcastle on April 3. Guimaraes came off the bench in the 59th minute, five minutes after Son had scored to put Spurs up 3-1, en route to a 5-1 victory.

"I remember Son Heung-min very well. I think he's a tremendous player," Guimaraes said. "We will try to keep him in check as much as we can so that we can win the match." 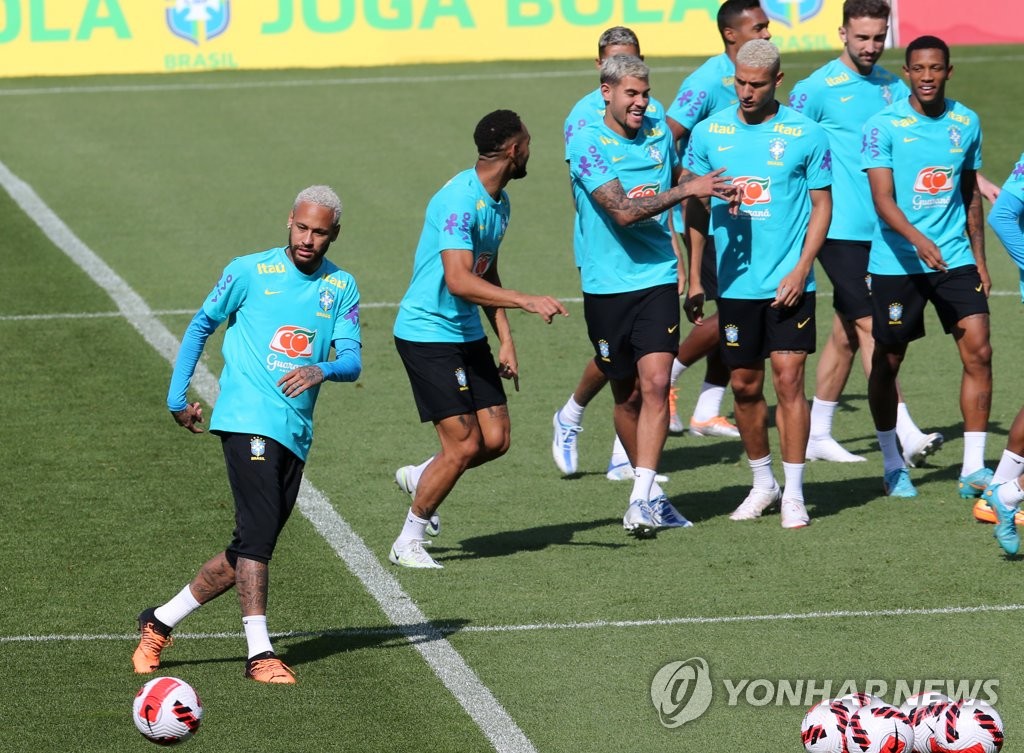 Guimaraes was among the first batch of Brazil players to arrive in South Korea last Thursday, a full week before the match. In addition to training on South Korean soil, the players have done some sightseeing in and around Seoul. Video clips and photos of the players at tourist attractions, including the popular amusement park Everland, just outside the capital city, went viral on social media.

A half-dozen players for Real Madrid and Liverpool have joined the rest of the team this week after playing in the UEFA Champions League final in Paris on Saturday.

"Because of jetlag, we are all tired, and some of the guys arrived here today," Guimaraes said. "We're trying to rest as much as we can." 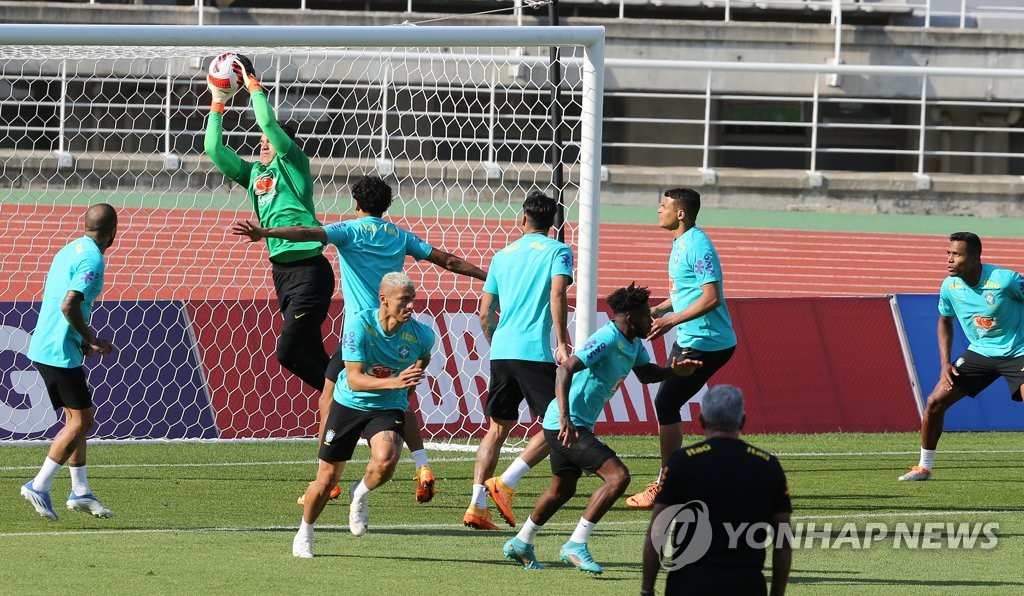 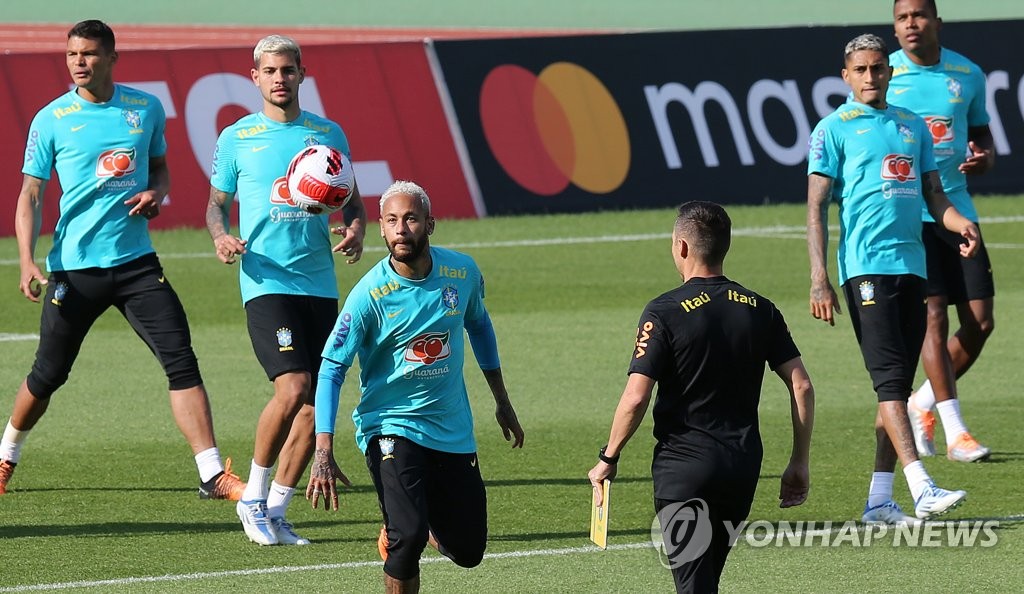