Foreigners scooped up a net 1.72 trillion won (US$1.38 billion) on the country's main KOSPI market from last Thursday through Tuesday, including about 1.05 trillion won purchased Tuesday alone, according to the Korea Exchange.

In May, foreigners bought a net 130.6 billion won, turning net buyers for the first time since December last year on the monthly basis.

From the beginning of this year until May 25, foreigners had sold off more than 12 trillion won worth of local equities.

"We have recently seen the foreigners' portion hitting a historical low, but the foreign fund flow is back as China has eased its lockdown measures and investors are increasingly becoming tolerant to the U.S. monetary tightening issue," Seo Jeong-hoon, a senior analyst at Samsung Securities Co., said.

Last month, they bought some 397 billion worth of shares in Kia Corp., a smaller affiliate of top automaker Hyundai Motor Co. They bought about 288 billion won worth of stocks in top battery maker LG Energy Solution Ltd., followed by 198 billion won in Woori Financial Holdings Co.

Individuals sold off a net 1.06 trillion won and institutions bought a net 663 billion won in the same period, the data showed. 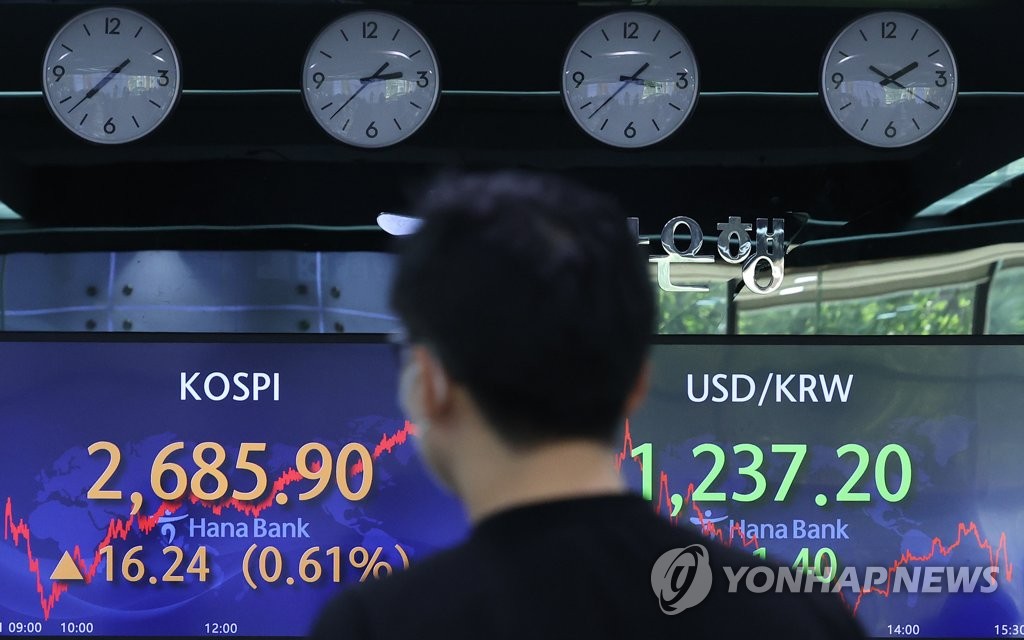