SEOUL, June 1 (Yonhap) -- Brazil head coach Tite reserved high praise for South Korean captain Son Heung-min on Wednesday, calling him "a perfect player" on the eve of a friendly match between the two countries in Seoul.

Brazil, ranked No. 1, will be heavily favored against the 29th-ranked hosts South Korea when their seventh meeting kicks off at 8 p.m. Thursday at Seoul World Cup Stadium.

Tite noted that South Korea, with Paulo Bento in charge for nearly four years, are "a well-prepared team" ahead of the FIFA World Cup, and Tite called Son, the joint Premier League Golden Boot winner for Tottenham Hotspur this year, as the clear-cut leader of the team. 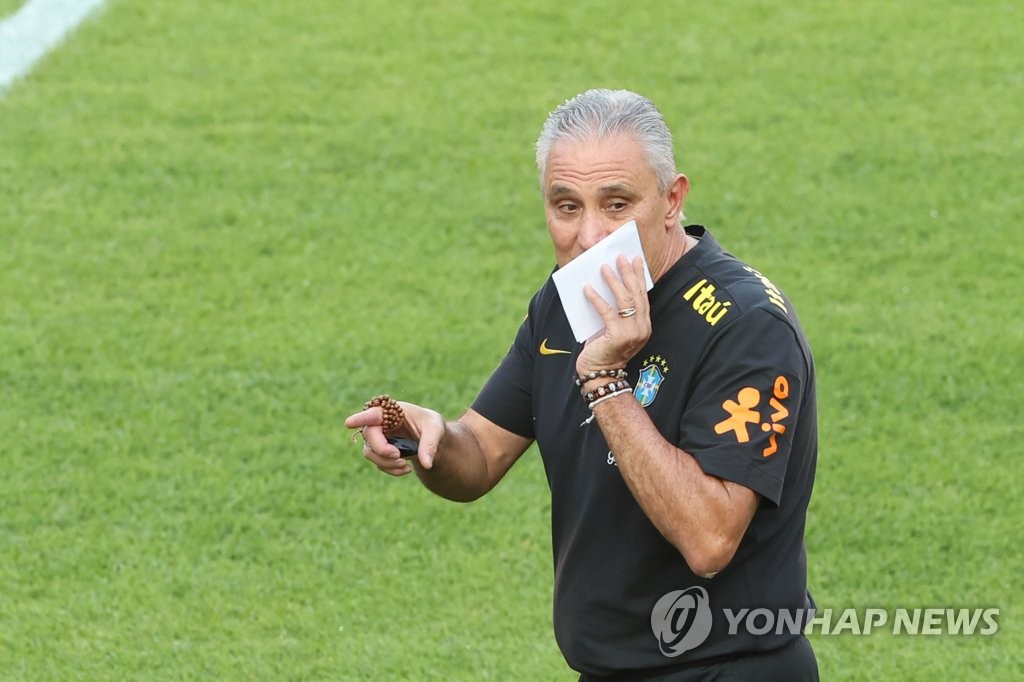 "Son Heung-min is a great player. Be it his techniques, stamina and mental fortitude, he is a perfect player," Tite said through an interpreter at his online prematch press conference. "I think he is a well-deserved winner of the Golden Boot. It is difficult to achieve something like that in professional football. I think it is not a coincidence that he won the Golden Boot this year."

As for what he hopes to take away from Thursday's match, Tite chose to focus on the process, rather than the result.

"I want something more comprehensive than just the result. I'd like to see how our players perform in an away match and establish a standard for ourselves," Tite said. "I hope we can maintain great form and showcase that in the future." 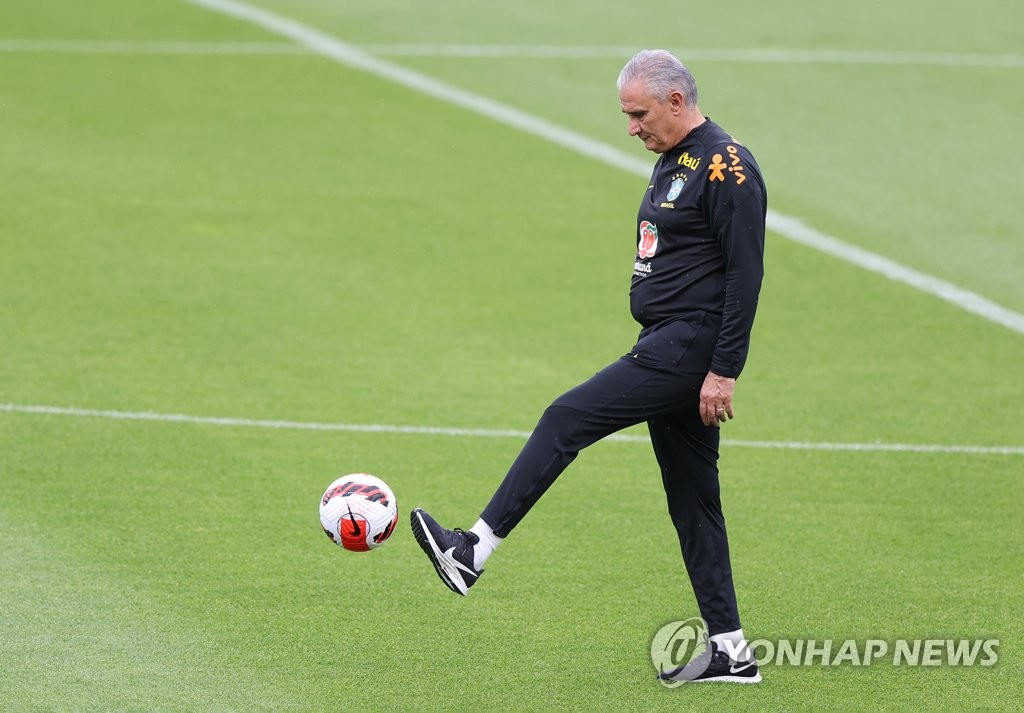 Brazil have won more FIFA World Cups than any other country with five, and their last title came in 2002, when South Korea and Japan were co-hosts.

Tite said playing in South Korea during the 20th anniversary celebrations of the World Cup in the country should provide his team with "positive energy," but it will take more than just good vibes to return to the pinnacle of the sport in Qatar this fall.

"There will be no secret in Qatar. Everything will depend on how we prepare (for the World Cup)," Tite said. "Our players must demonstrate their talent on the field and execute things that the coaching staff demands. We must be able to contain opponents' strengths and exploit their weaknesses, while staying true to the spirit of fair play. All of those elements must come together for us to have great results."

Against South Korea, Tite may have a compromised roster. His star forward Neymar suffered a right foot injury during Wednesday's training that caused some swelling. A team doctor said he will have to keep an eye on the foot until Thursday morning before deciding on Neymar's status for the match. 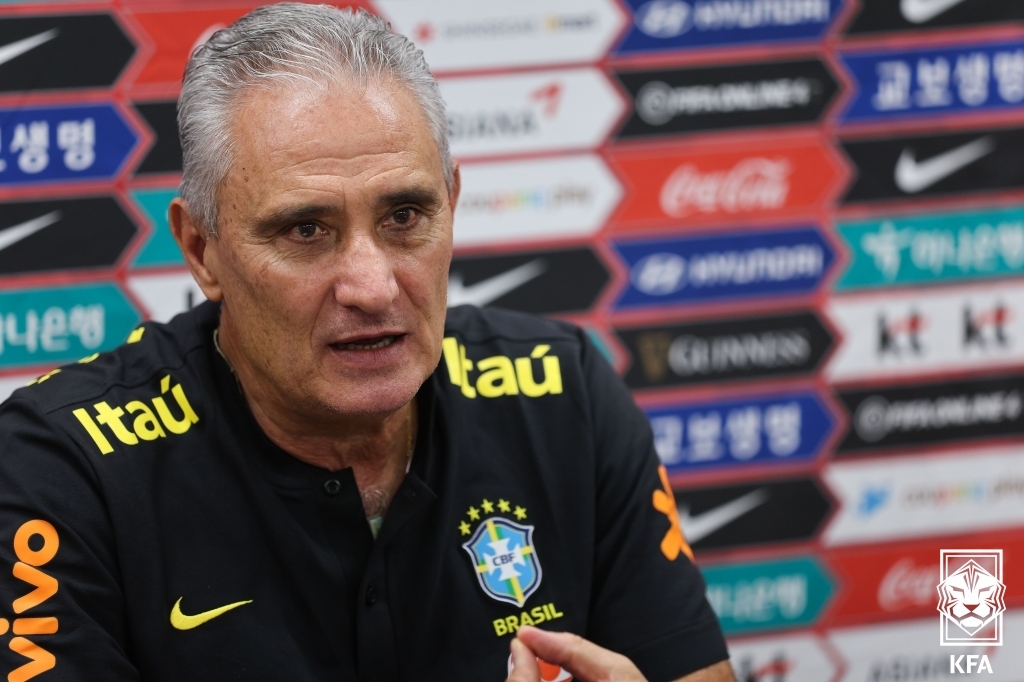 While Neymar and most other players arrived here last Thursday, a half-dozen players competing for Real Madrid and Liverpool landed in South Korea Tuesday, after facing each other in the UEFA Champions League final in Paris on Saturday.

Tite said, considering those players' physical conditions after a long trip, benching them against South Korea may be the right thing to do.

"Everyone wants to play, but players all recover at different rates," Tite said. "We can't apply one standard to every player. We'll discuss this with our medical team and trainers and try to make the best decision possible." 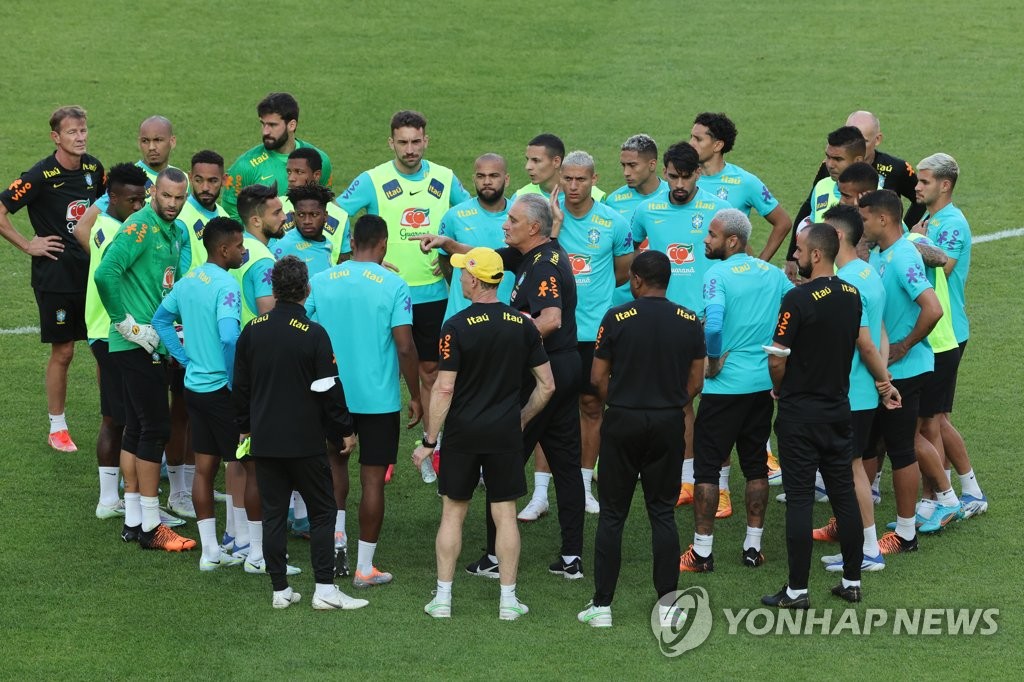