SEOUL, June 2 (Yonhap) -- The ruling People Power Party's landslide victory in local elections is expected to give significant momentum to President Yoon Suk-yeol's policy drive in his first year, while pushing the political center of gravity in local governments to the conservatives.

Yoon's PPP swept up at least 12 out of 17 metropolitan mayoral and gubernatorial posts contested, while the main opposition Democratic Party (DP) won only four key races, three of which were in stronghold Jeolla provinces, with about 77 percent of the vote counted.

The PPP was also leading, albeit by a razor-thin margin, in the biggest battleground province of Gyeonggi. Should the PPP candidate, Kim Eun-hye, beat her DP rival, Kim Dong-yeon, she will be the first female provincial governor in South Korean history.

In Seoul, current Mayor Oh Se-hoon was reelected, while PPP's Yoo Jeong-bok won the race for Incheon mayorship. Should the PPP takes the Gyeonggi governorship, it would be the first time in 16 years for the conservative party to win all three key races in Seoul, Gyeonggi and Incheon.

"We are deeply grateful for all the support the people have given us," PPP Chairman Lee Jun-seok said. "More than anything else, we are grateful that we were given a chance to take over a considerable part of regional administration following the presidential election victory." 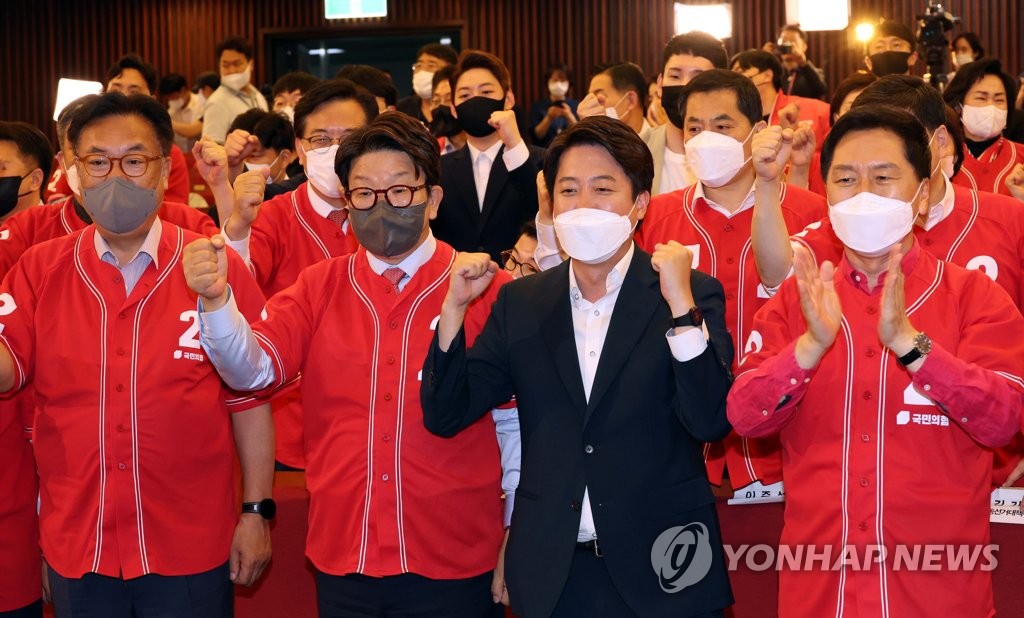 The conservative PPP's sweeping triumph also marked a dramatic shift of power in local municipalities. In the 2018 local elections. the liberal DP swept 14 out of 17 posts.

Also at stake in Wednesday's elections were seven National Assembly seats in by-elections.

The DP's former presidential candidate Lee Jae-myung was elected to the National Assembly representing Incheon's Gyeyang-B district. Lee was also the chief of the DP's campaign for local elections.

Despite his own victory, Lee was far from celebratory.

"I will humbly accept the stern rebuke the people have given us," Lee said of the party's defeat during a TV interview at his election office. "I will do my best to regain people's confidence and receive love from people again."

Voter turnout was tentatively tallied at 50.9 percent, the second-lowest ever for local elections, according to the National Election Commission.

The elections are widely seen as an extended contest between the two main parties as they were held just 22 days after the Yoon government was inaugurated and less than three months after the presidential election in March, when the DP defeated by a razor-thin margin.

With the PPP winning the local elections, it is expected to speed up policies of the Yoon government, including housing supply issues, corporate deregulations and a tougher stance on North Korea.

"In the nationwide elections, public sentiment has again given a great boost," said an official at Yoon's office, calling the victory a "clear opportunity to gain momentum in state affairs."

The PPP had been expected to win the elections because they were held after Yoon made some diplomatic and economic achievements.

Yoon, who has vowed to strengthen alliance with the United States, held summit talks with visiting U.S. President Joe Biden on May 21, marking the earliest-ever South Korea-U.S. summit following a South Korean president's inauguration. Yoon also vowed to have a firmer and stronger response to any North Korean provocations.

On the economic front, just three days before the elections, the National Assembly approved the largest-ever extra budget to help small merchants hit by the COVID-19 pandemic.

Polls have shown Yoon's popularity had been on the rise. 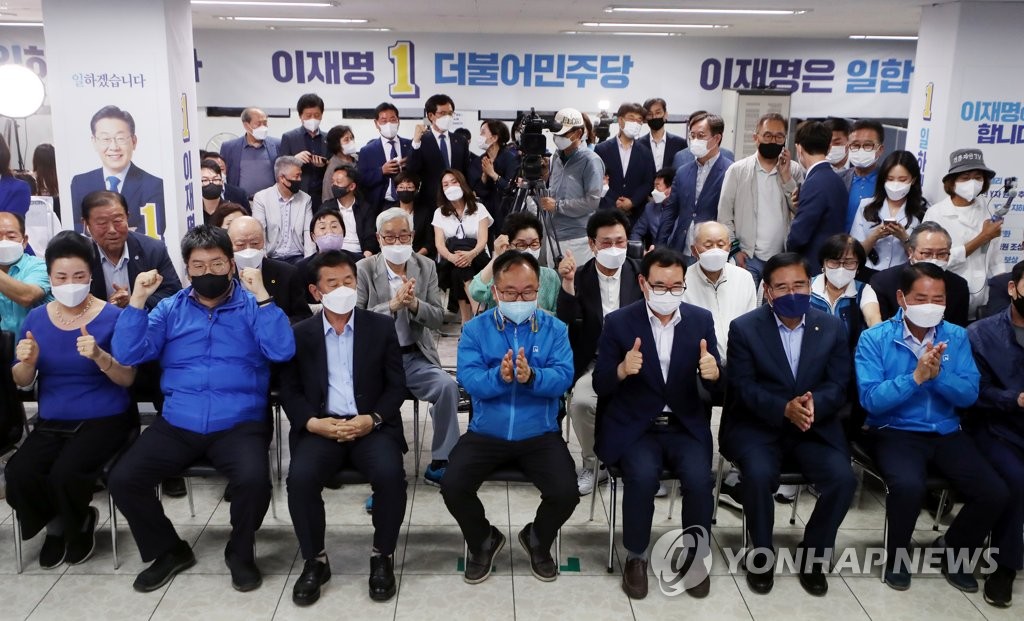 Unlike the PPP, the DP's leadership has been in disarray since the presidential election defeat and has garnered criticisms for railroading a controversial bill that will reduce and ultimately abolish the prosecution's investigative powers.

The DP was also mired with internal feud, which was sparked by DP co-interim chief Park Ji-hyun's call for sweeping party reforms.

"Instead of showing a humble attitude after losing the presidential election, the DP has shown an attitude of enlightening people. This increased unfavorable view towards the DP," Shin Yul, a political science professor at Myongji University in Seoul, said.

The election results showed that voters opted for the stabilized operations of the Yoon administration, while calling for change in the DP, which holds a majority in the National Assembly, political observers said.

Ahn of the PPP, who withdrew from the presidential race to endorse Yoon, is likely to declare his bid for the party's leadership, while Lee is expected to face resistance from the party as the DP suffered crushing defeat in local elections.