MIRYANG, South Korea, June 2 (Yonhap) -- Dozens of firefighting helicopters battled to bring a wildfire in the southeastern city of Miryang under control Thursday, as the blaze continued for the third day, scorching nearly 700 hectares of woodland, authorities said.

The fire that broke out on a hill in Miryang, around 280 kilometers southeast of Seoul, early Tuesday, is continuing to spread rapidly, driven by strong winds and a dry spell.

Forestry and firefighting authorities dispatched 53 helicopters to resume their firefighting operation as soon as the sun rose and dispatched some 2,450 personnel to join the battle later in the day.

The choppers included 16 from the Army and three from the Air Force, according to the defense ministry. The military also plans to send some 590 service members to aid the firefighting efforts on Thursday.

The blaze has burned nearly 700 ha of forestland as of Thursday, while the fire extinguishing rate climbed to 73 percent as of 1:30 p.m. from the 45 percent registered in the morning.

No casualties or property damage have been reported yet. 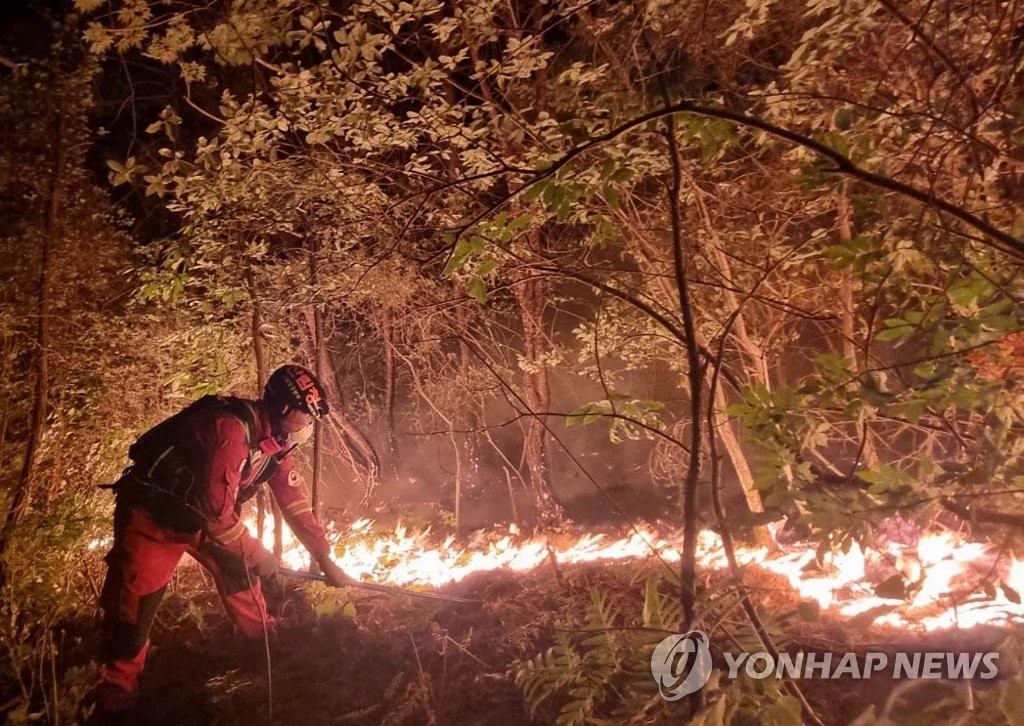 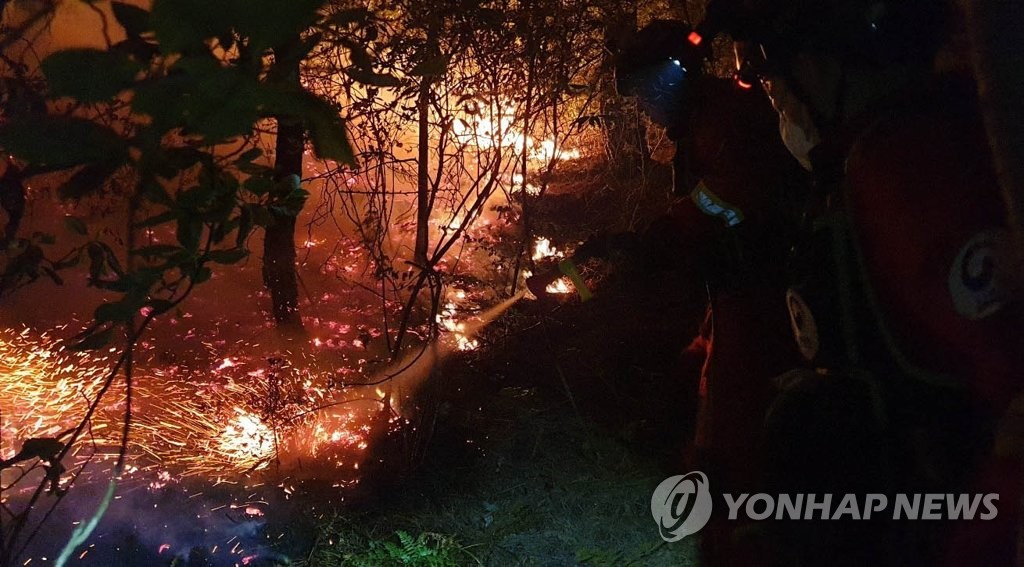