Rep. Yoon Ho-jung and Park Ji-hyun, the DP's co-interim chiefs, announced that all eight members of the party's emergency leadership committee will step down to take responsibility for the defeat in Wednesday's local elections.

The PPP won 12 out of 17 key races for big city mayors and provincial governors, including Seoul, while the DP won only five key races -- three in its stronghold of the Jeolla provinces, as well as Gyeonggi and Jeju governorships.

"We apologize to the people and party members who supported us," Yoon said as he announced the collective resignation following a closed-door meeting of the party leaders.

DP's floor leader Park Hong-geun will lead the party until the party selects a new interim leadership that will serve until its national convention in August, according to Rep. Koh Yong-jin, the DP's chief spokesperson.

The new leadership will likely be selected at an early date through a general meeting of the DP's lawmakers. 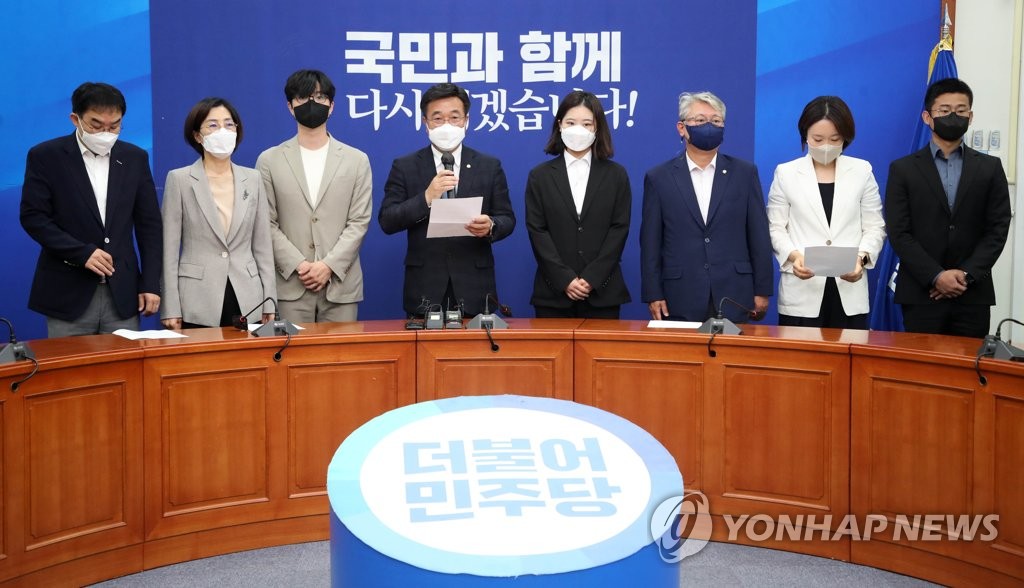