SEOUL, June 2 (Yonhap) -- Prosecution investigators raided a ward office in central Seoul on Thursday as part of an investigation into irregularities related to this week's local elections.

Investigators from the Seoul Central District Prosecutors Office seized documents from the office of Junggu Ward on suspicions that its chief, Seo Yang-ho, abused his power ahead of Wednesday's election.

Seo is under suspicion of giving orders to the ward office staff to discover and host various events ahead of the election and promote his achievements to voters in his district, in violation of the Public Official Election Act.

Seo, affiliated with the main opposition Democratic Party, failed to secure a second term after losing to Kim Kil-sung of the ruling People Power Party. 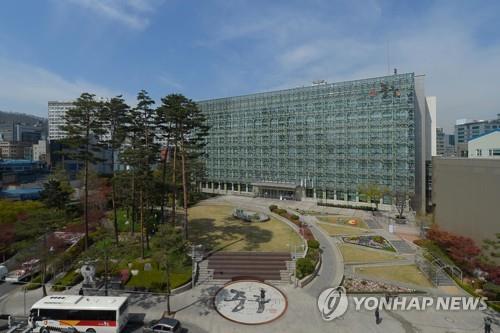