SEOUL, June 2 (Yonhap) -- South Korea will keep close tabs on a key ruling party meeting in North Korea expected to kick off within the coming days for any possible messages directed at Seoul or Washington, a unification ministry official said Thursday.

The North's official Korean Central News Agency has reported that the country plans to convene the 5th Plenary Meeting of the 8th Party Central Committee of the ruling Workers' Party in "the first third of June" to make an interim review of state policies for 2022 and to decide on a "series of important issues." The exact date remains unannounced.

"It is likely that North Korea will discuss issues on inter-Korean and external relations as well as the COVID-19 situation," the official told reporters on condition of anonymity.

He pointed out that the North had organized sectional workshops to discuss relations with the South and the United States at the previous plenary session in December last year.

"We will pay close attention to the results of the midterm review that the North is expected to announce at the plenary session and its direction on domestic and external policies," the official said.

The reclusive Kim Jong-un regime's plan for the session has drawn keen attention from the outside world as it may provide a clue to details of the local virus crisis and foreign policy line amid stalled nuclear talks with the United States.

The central committee serves as the party's highest organ of power between party congresses and usually holds a plenary meeting once a year to discuss party reshuffles and other key issues. 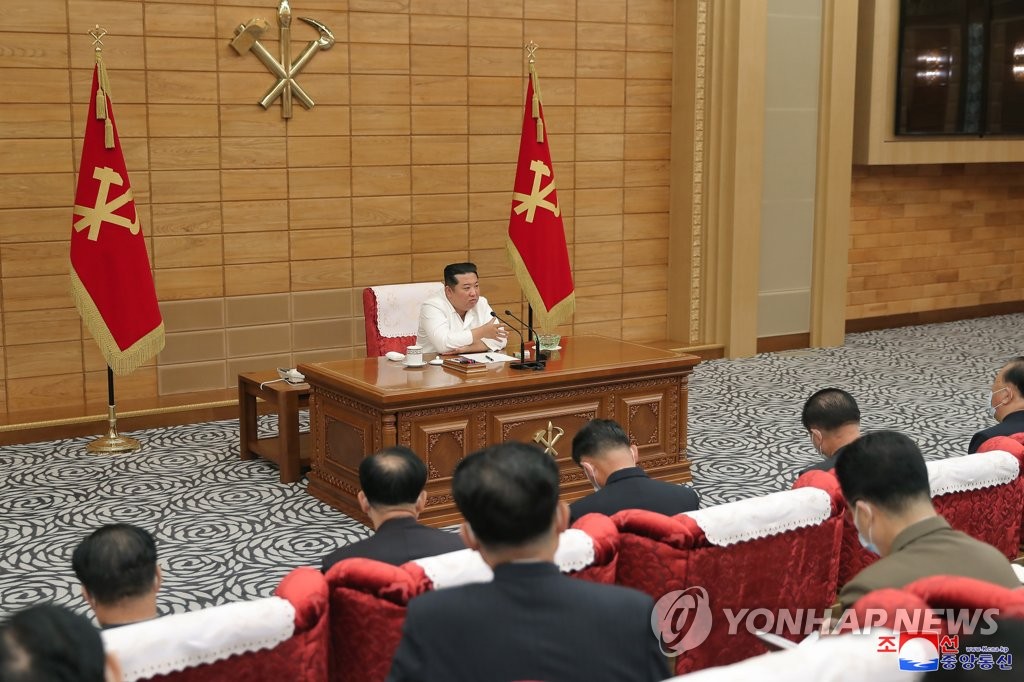