"The two sides agreed to continue communication between the diplomatic authorities of the two countries in a speedy manner for the restoration and improvement of relations between South Korea and Japan," the ministry said in a press release.

Despite their shared desire to enhance bilateral relations, tensions were palpable about the Dokdo issue.

"Director-General Lee stressed that Dokdo is clearly our inherent territory historically, geographically and by international law," the ministry said in a press release.

"He also said that (Korea) cannot accept any issue raised by the Japanese side with regard to the legitimate activity that proceeded in accordance with international law, including the U.N. Convention on the Law of the Sea and domestic laws," it added.

The Korea Hydrographic and Oceanographic Agency is expected to continue the survey through June 18.

Funakoshi, who also doubles as Tokyo's top nuclear envoy, plans to attend a trilateral meeting with his South Korean and U.S. counterparts, Kim Gunn and Sung Kim, respectively, in Seoul on Friday to discuss cooperation in dealing with North Korea's recent provocations and resuming dialogue with it. 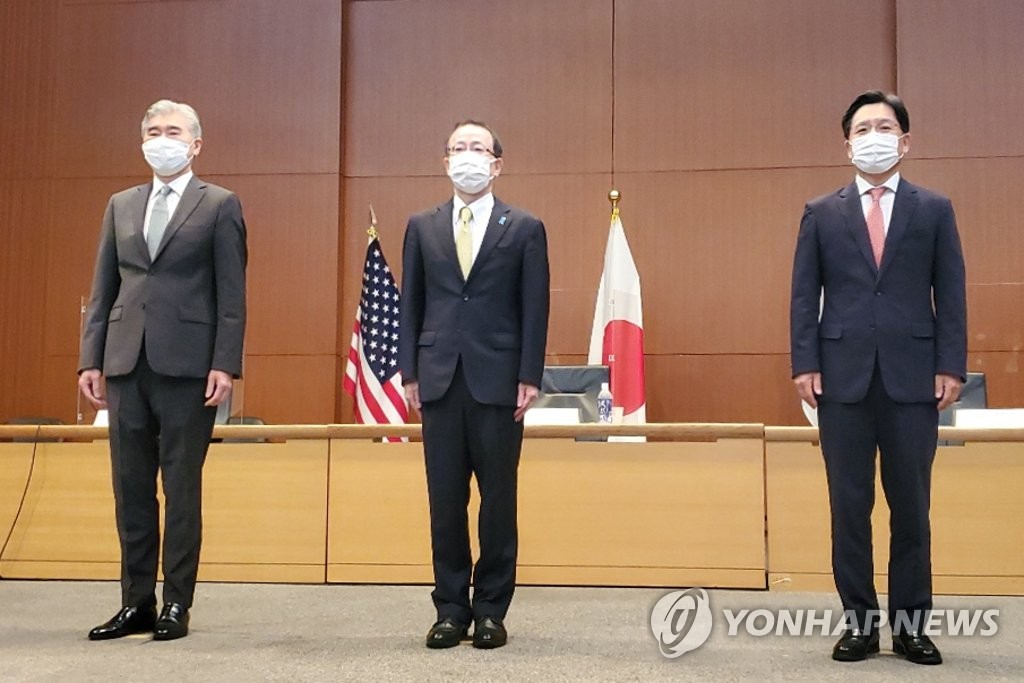