Under the agreement, Defense Minister Lee Jong-sup and his Chinese counterpart, Wei Fenghe, are set to meet during the Shangri-La Dialogue slated to take place in the city state from June 10-12.

"The two sides agreed to continue coordinating on the specific agenda and timeline," the ministry said of the planned talks.

If held, the talks would mark the first such gathering between the two countries' defense chiefs since the last one in November 2019.

In Thursday's meeting, the two sides also agreed to complete the process of installing two additional hotlines between the countries' militaries at an early date -- in line with last year's arrangement on the communication lines for the "prevention of accidental clashes and crisis management."

The two countries currently have three existing hotlines in place.

Seoul's push for closer communication with Beijing came as it seeks to hold international dialogue on reining in Pyongyang's military provocations amid concerns about the possibility of it carrying out a nuclear test.

South Korea has also been in talks with the United States and Japan over the idea of holding trilateral defense ministerial talks on the margins of the Shangri-La Dialogue. 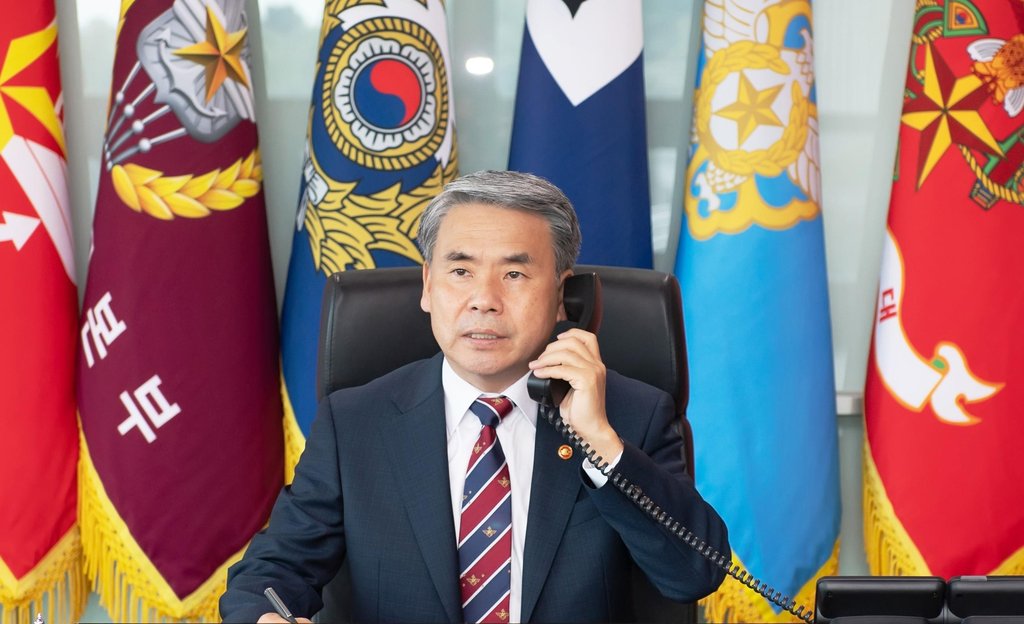