SEOUL, June 2 (Yonhap) -- Director Park Chan-wook said Thursday he left behind stimulating elements in his previous films, like "Oldboy" (2003) and "The Handmaiden" (2016), for his latest Cannes-winning film "Decision to Leave" in order to help the audience focus on the complex and subtle emotions of the characters.

"I didn't hesitate to use literally 'expressions that stimulate the peripheral nerves' in my previous films. I'm not saying it's wrong to do so, but I intended them to be so," he said during a press conference in Seoul to promote the new film. "I wanted to make a different movie this time. Since it's a story of people who hide their true emotions, I wanted to make the audience become eager to approach these people to peek into their mind, curious about what they are thinking." 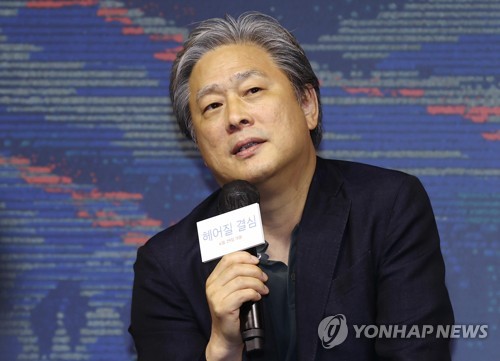 He then compared this kind of film to a song where subtle vocal expressions are required.

"Think of a situation where drum and guitar sounds are too loud when a singer has to sing finely and wispily. I thought I had to lower the volume of such accompaniment for this film. I think that is what makes it different from my previous works, if any."

Tang Wei, the Chinese actress who stars in the film, added, "I don't know if I can put it this way, but Park's previous titles have strong tastes. If I say they had a strong taste of kimchi, this film would taste fresh, plain and sweet."

"Decision to Leave" is a genre-combining film about a detective who suspects a mysterious widow in a murder case and later falls in love with her after days of stakeout.

The film is Park's first Korean-language film in six years after "The Handmaiden" and his fourth entry for competition in the Cannes Film Festival.

On Sunday, he won best director for the new feature at the festival's 75th edition, making it his third prize at Cannes, following the Grand Prix for his thriller "Oldboy" in 2003 and the Jury Prize for the horror "Thirst" in 2009. 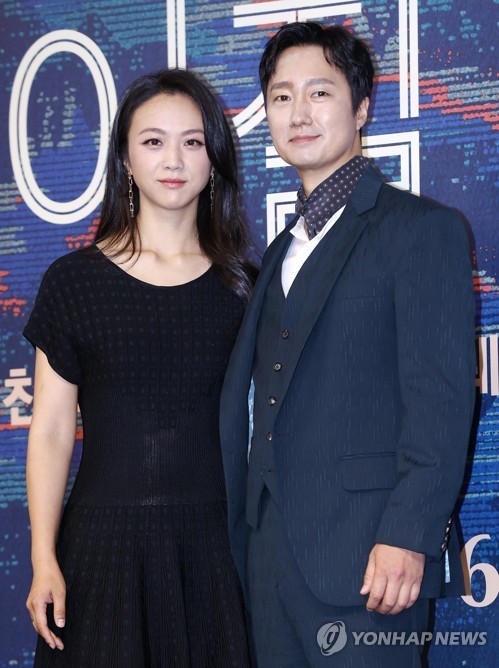 For "Decision to Leave," Park said meeting the balance between a police procedural and a romance was the most important in the process of writing the screenplay.

Expounding on his use of the word "inseparable," the writer-director explained: "The interrogation process itself could be quite similar to a process of love blossoming. That everything that goes between two people who love each other, such as flirting, rejecting, pushing and pulling, resenting and making excuses happens in the process."

Park said her Korean-language acting in his film is worth paying attention to.

"Her character's Korean is perfect. She uses perfect sentences, and the spelling and the word spacing is also perfect. Although it is well-learned Korean, the accent and pronunciation are a little different from ours (native Koreans)."

The director said he hoped Korean audiences would find her Korean a little bit "strange" and have a chance to think about their relations with others while listening to her lines.

Asked about his future path, Park said he is now working as a showrunner and co-director of the HBO TV series titled "The Sympathizer" and hopes to take turns doing English and Korean films every year.

The upcoming film is set to hit local theaters on June 29. 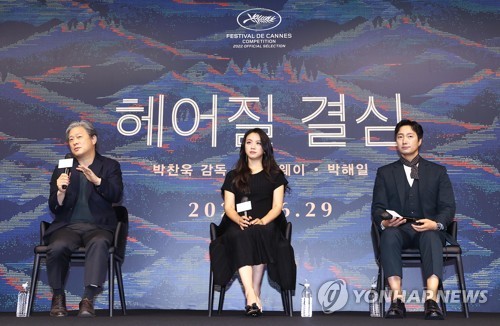