SEOUL, June 2 (Yonhap) -- South Korea's finance minister on Thursday called on local companies to refrain from hiking prices of products and wages as the move could add upward pressure to already high inflation.

Finance Minister Choo Kyung-ho made the call during his first meeting with the heads of six business lobby groups at a time when inflationary pressure has mounted amid soaring fuel and food costs.

"We hope companies can digest factors that cause price hikes as much as possible through ways to enhance productivity and other means," Choo said.

South Korea faces growing inflationary pressure as crude oil and other commodity prices have risen due to the protracted war between Russia and Ukraine and global supply disruptions. Demand-pull inflation has also increased amid the economic recovery. 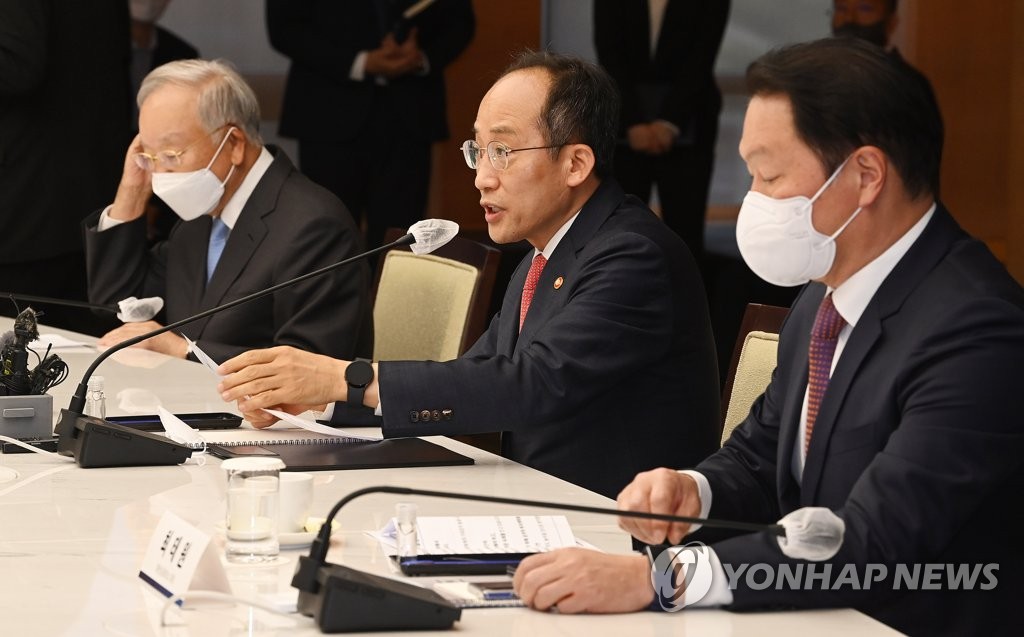 Inflation growth is widely expected to exceed 5 percent in the coming months. Consumer prices spiked 4.8 percent on-year in April, the fastest rise in more than 13 years.

"The government plans to revise the corporate and inheritance taxes in an effort to help companies take the initiative in investment and job creation," he said.

South Korea's top-five family-run conglomerates -- Samsung, Hyundai Motor, SK, LG and Lotte -- and other major business groups have unveiled plans to invest a combined 1,084.6 trillion won (US$886 billion) over the next three to five years.

To put that into perspective, the South Korean government's 2022 budget came to a record 607.7 trillion won.