SEOUL, June 2 (Yonhap) -- Two decades ago, the Dutch-born coach Guus Hiddink guided South Korea through an improbable march to the semifinals of the FIFA World Cup, then co-hosted by South Korea and Japan.

But what if Hiddink had Son Heung-min, the reigning Premier League Golden Boot winner, on his team in 2002? Would South Korea have gone to the final? 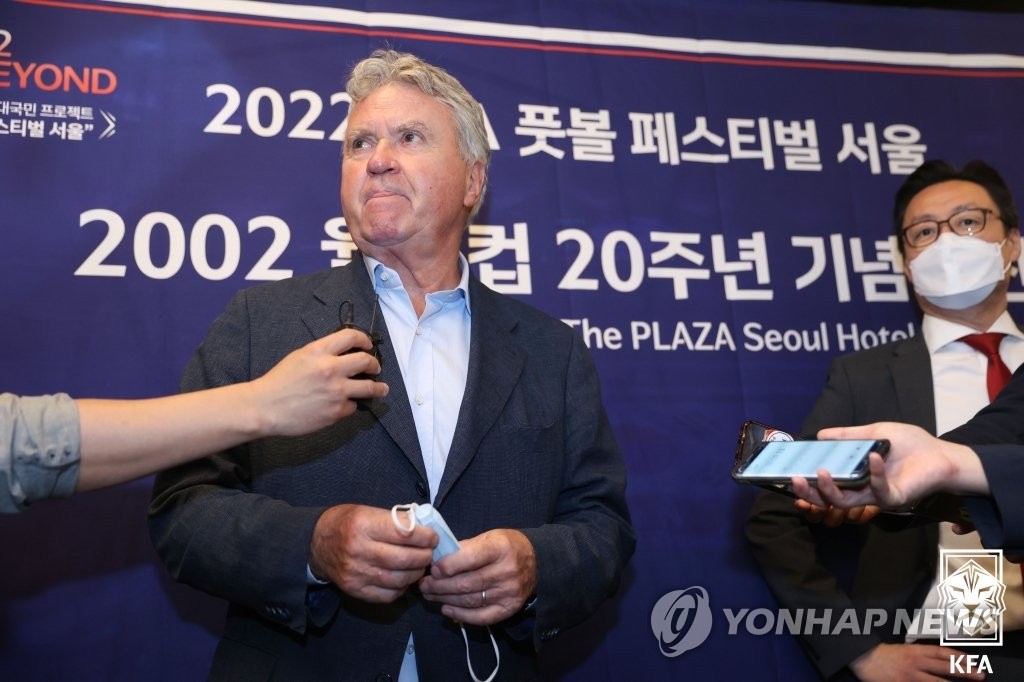 "Yes. It's a very easy answer," Hiddink said with a smile before attending a special luncheon at a Seoul hotel Thursday, held as part of the 20th anniversary celebration of the 2002 World Cup. "If we would've had him, of course, we would have gone to the final and we would have won the final."

Son became the first Asian player to win the Golden Boot after scoring a career-high 23 goals for Tottenham Hotspur in the just-concluded season. Hiddink called Son "such a big personality" and a type of player that every team needs.

"I think he's a great performer. He's doing very well," Hiddink added. "On top of that, I think he's a very impressive personality." 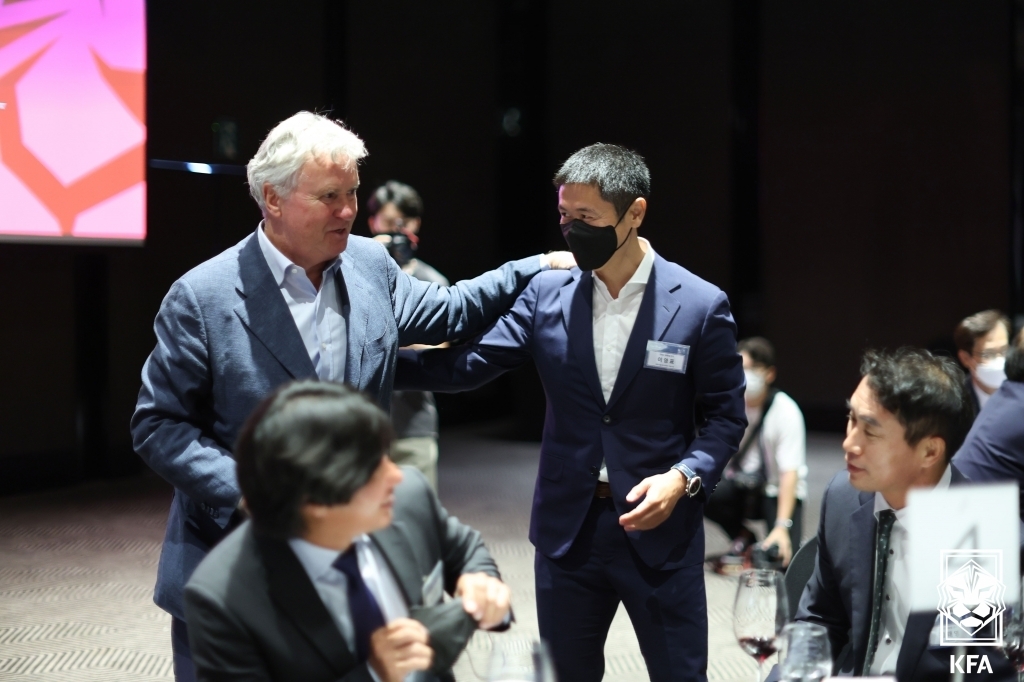 The Korea Football Association (KFA) is celebrating the World Cup anniversary throughout the week, and the commemoration will also feature a friendly match against world No. 1 and 2022 World Cup champions Brazil on Thursday in Seoul.

Others on hand for the luncheon were: Hong Myung-bo, captain of the 2002 team, who scored the decisive penalty in a shoot-out against Spain in the quarterfinals; Park Ji-sung, former midfielder who scored the winner against Portugal in the group stage that sent South Korea into the knockouts for the first time; and Lee Young-pyo, left back extraordinaire who parlayed his impressive World Cup run into a successful club career in Europe. 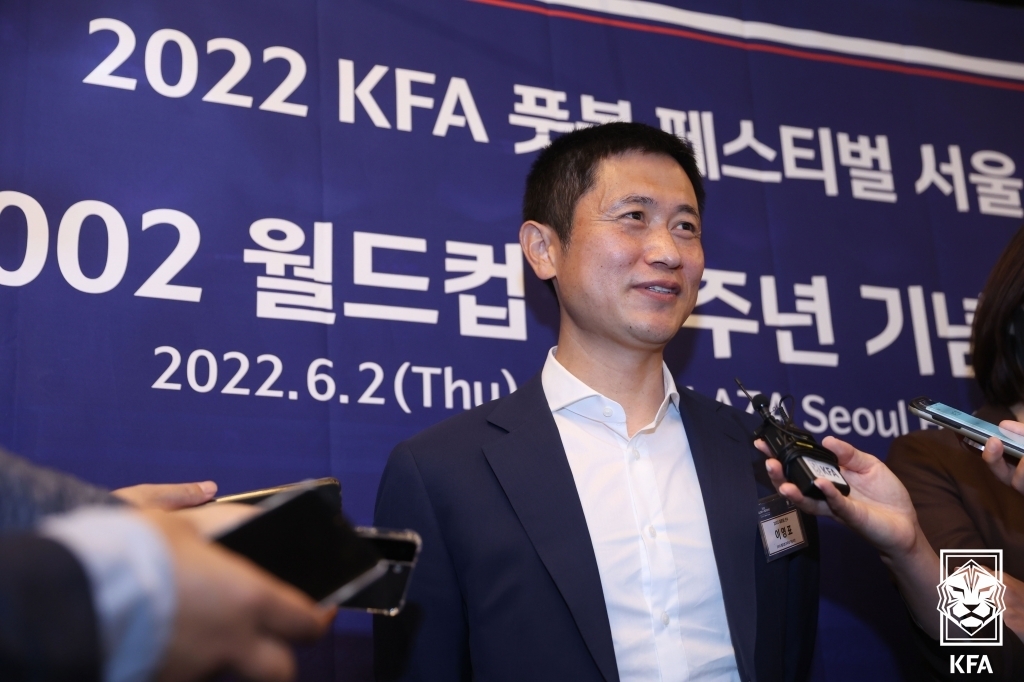 Son, clearly the hottest South Korean athlete today, was on the minds of these other participants.

Lee, a former Tottenham player and currently CEO of the K League 1 club Gangwon FC, even likened Son's Golden Boot to Neil Armstrong's landing on the moon in 1969.

"At least to me, having an Asian player win the Premier League scoring title is as momentous as putting a man on the moon," Lee said. "I think this accomplishment officially confirms Son Heung-min as the greatest Asian football player in history."

Park, the first South Korean in the Premier League who won multiple trophies with Manchester United, said Son has given many Asian players hope.

"Having played in the Premier League myself, I know just how difficult it is to win the Golden Boot and to reach that level as an Asian player," Park said. "I am proud of Son. I wondered if anyone (from Asia) could win the Golden Boot, and he made that reality." 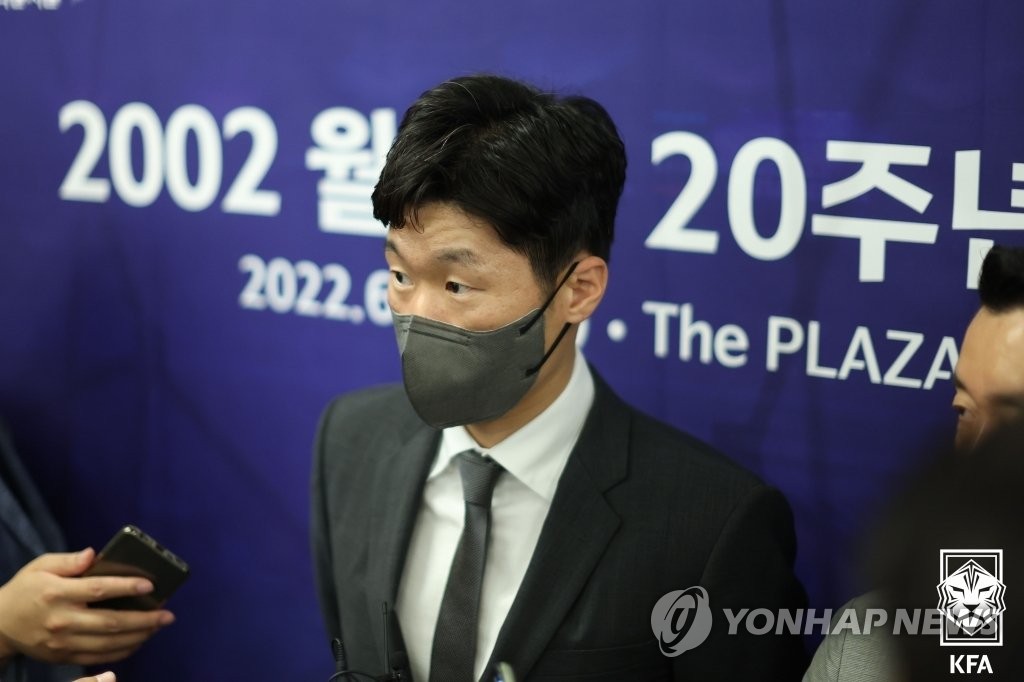 Despite his goal-scoring heroics, Son was inexplicably not shortlisted for the Player of the Year award in English football, presented by the Professional Footballers' Association.

Park said he was "a bit disappointed" that Son was not nominated despite being a well-deserving player but added, "I think he showcased undeniable talent."

Hong, who coached South Korea at the 2014 World Cup and is now leading Ulsan Hyundai FC in the K League 1, also reserved a high praise for Son, the current national team captain.

"Son Heung-min has been playing so well, and I think his teammates must all have so much confidence in him," Hong said. "I am sure Son's presence alone will inspire his teammates." 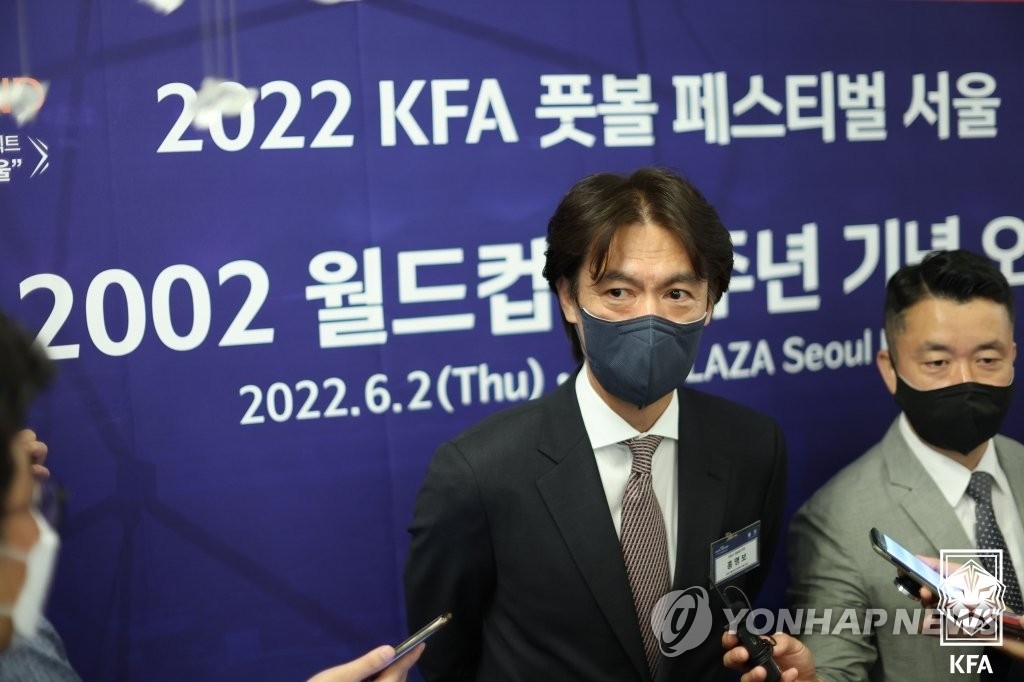