SEOUL, June 2 (Yonhap) -- POSCO International Corp., a South Korean grain trader, said Thursday it has been working to transport 2,000 tons of wheat from its terminal in Ukraine in a partial resumption of its grain exports since Russia's invasion of the major grain producer.

The trading arm of South Korean steel giant POSCO said it is delivering the shipments through land routes across the western border of Ukraine, as maritime routes have been suspended due to Russia's blockade of the Black Sea coast.

The terminal, which currently holds 115,000 tons of grains, including wheat, corn and barley, had been closed since Russia's invasion of Ukraine in February.

"We made the decision at the request of our customers, who were concerned about a possible collapse of the Ukraine grain supply chain," POSCO International said in a statement posted on its website. It declined to identify the customers and the destinations of the shipments.

POSCO International said it had exported about 2.5 million tons of grains from its terminal in Ukraine to countries in Europe, North Africa and the Middle East as of February.

The terminal built in the southern Ukrainian port city of Mykolaiv in 2019 has an annual handling capacity of 2.5 million tons of grains, including corn, wheat, barley and soybean. 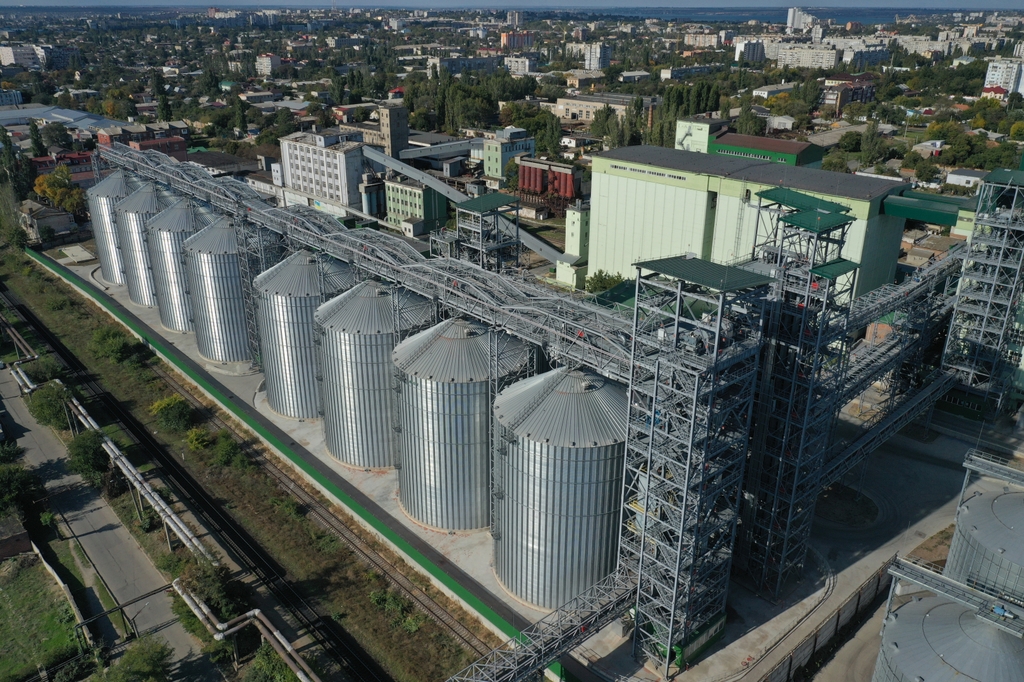