The Eagles said they asked the Korea Baseball Organization (KBO) to place Kingham on waivers, a move that comes only two days after they had released their other foreign pitcher, Ryan Carpenter.

The Eagles replaced Carpenter with former major league pitcher Yefry Ramirez on Wednesday and are now in search of another new arm from overseas. 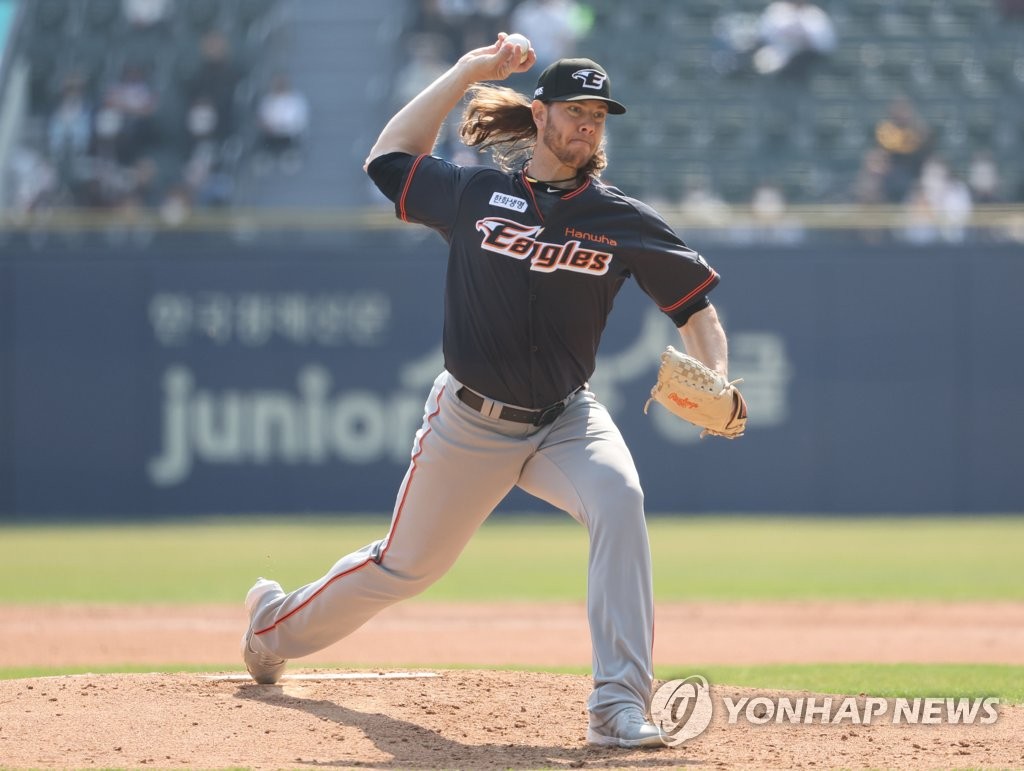 Kingham pitched in only three games this season, posting a 1-2 record with a 2.76 ERA, and last appeared on April 16. He was taken off the active roster on April 22 with a strain in his right upper arm. Kingham threw his first bullpen session during rehab Wednesday, but the arm flared up again.

The Eagles had gambled on Kingham after he'd been limited to just two starts for another KBO club, SK Wyverns (currently SSG Landers), in 2020 before undergoing elbow surgery. The move paid off in 2021, but the injury bug bit Kingham again in 2022.

KBO clubs can each sign up to three foreign players, with a maximum of two pitchers. Each of the 10 teams began this season with two pitchers and one position player apiece from overseas, and the Eagles are the first team in 2022 to replace both foreign pitchers.

The Eagles, a perennial league doormat, ranked ninth through Wednesday's action at 20-32. They have the league's worst ERA with 5.21 and the highest opponents' on-base plus slugging percentage (OPS) with .780.