SEOUL, June 2 (Yonhap) -- Rep. Cho Tae-yong of the ruling People Power Party (PPP) said Thursday he resigned from the National Assembly to take on the role of South Korea's new ambassador to the United States.

Cho, the nominee for ambassador to Washington, announced his resignation from the parliament in a Facebook post and said he will do his best to "restore the alliance between South Korea and the U.S." and "help the diplomacy with the U.S. properly function and develop."

Cho said the alliance between South Korea and the U.S. has weakened and relationships with neighboring countries and North Korea became estranged during former President Moon Jae-in's administration.

"The situation in Northeast Asia is shaking with advancement in Pyongyang's nuclear capability and (South Korea) is in a test in terms of diplomacy and national security amid Russia's invasion of Ukraine, conflict between the U.S. and China, restructuring of global supply chains, technology competition and climate change," Cho noted.

Cho, a former vice foreign minister, was a career diplomat until he became a lawmaker in 2020. He had also served as South Korea's chief envoy for the North Korean nuclear issue in 2004 and a deputy chief of the presidential office of national security under former conservative President Park Geun-hye.

A balanced strategist with expertise in U.S. and North Korean affairs, Cho joined the Foreign Ministry in 1980 and also served in various other posts, including as director-general of the North American affairs bureau. 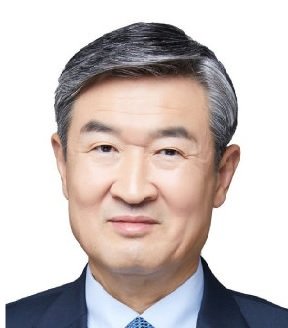 Nominee for ambassador to U.S. resigns from parliament

Nominee for ambassador to U.S. resigns from parliament