Yoon awarded the Cheongnyong Medal to Son at Seoul World Cup Stadium before he took part in a friendly match against Brazil. 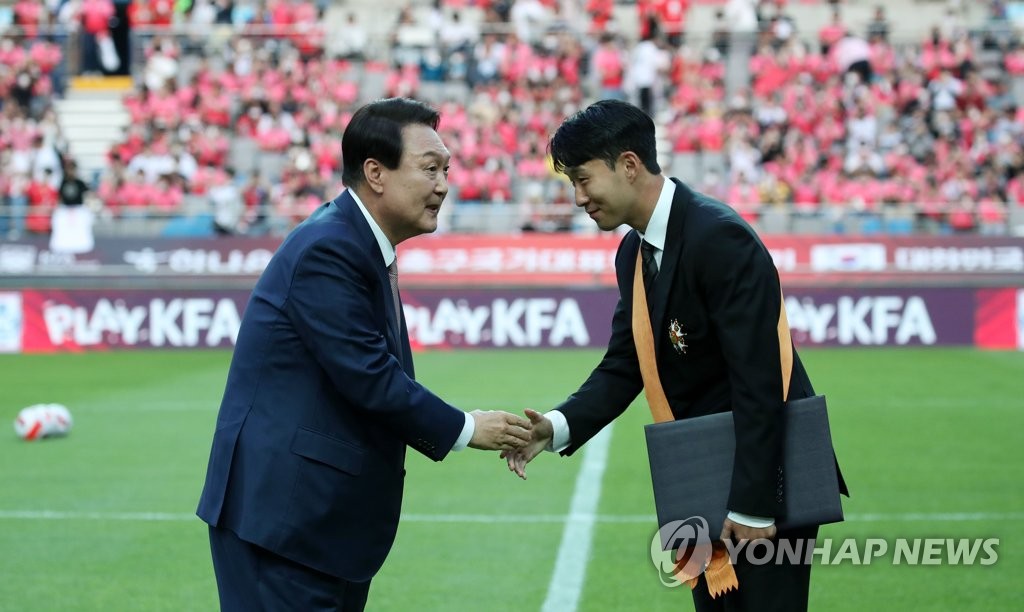 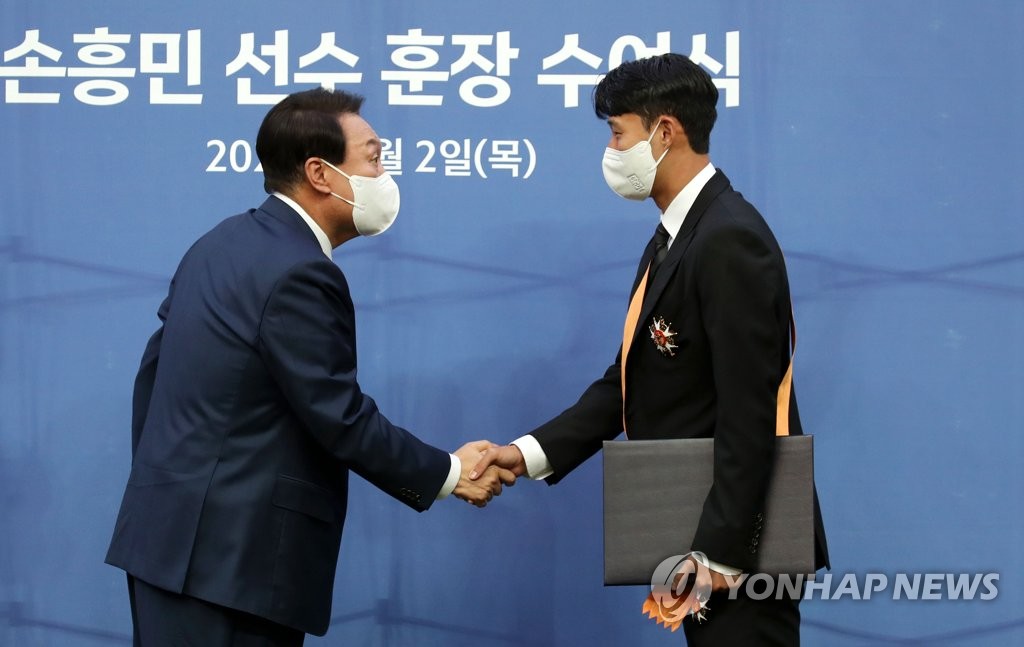 The Cheongnyong ranks the highest among five medals that are awarded to an individual for their achievement in sports or their contribution to promoting national sports.

Son made history last month by becoming the first Asian player to win the scoring title in the Premier League. 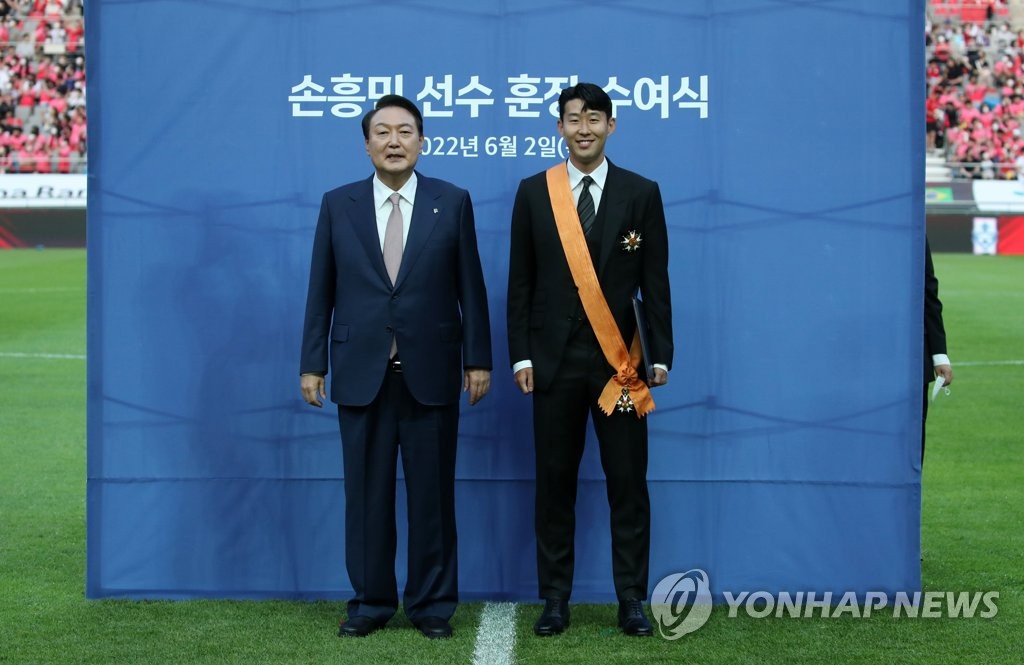 "I believe this award is the result of your passion after having devoted yourself and worked endlessly for your team all season," Yoon wrote in a message to Son at the time. "(The title) is not only a personal honor for you but a joyous occasion to be celebrated by the entire Asian football community." 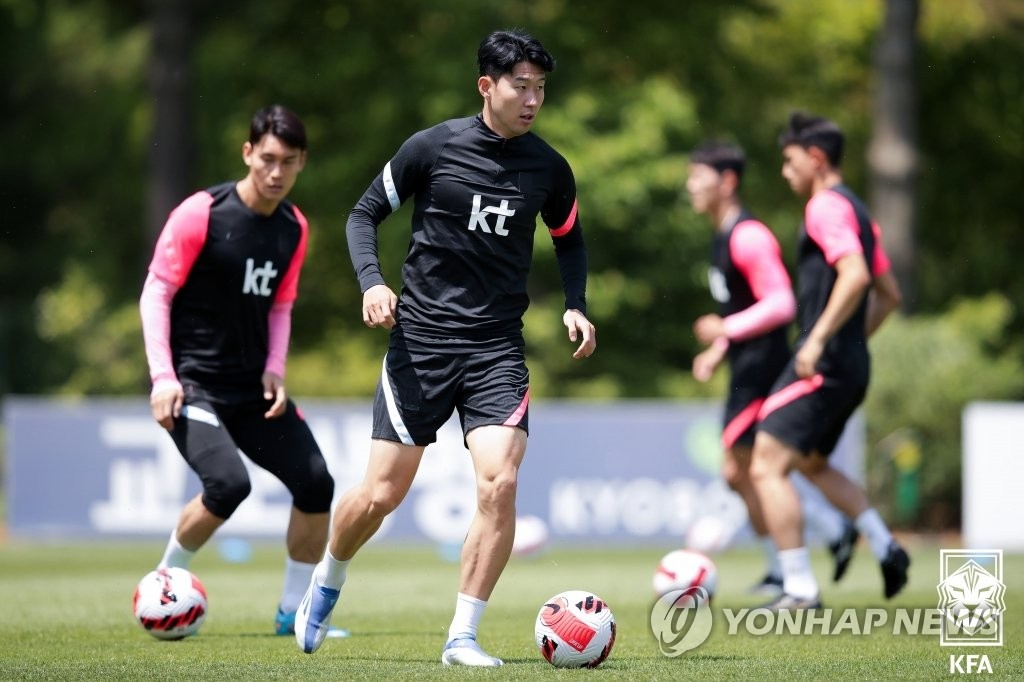