In March, LGES and Stellantis announced a plan to jointly establish an electric vehicle (EV) battery plant in Ontario, Canada, a deal worth 4.8 trillion won (US$3.8 billion).

LGES said it aims to start production by the first half of 2024 and have an annual production capacity of 45 gigawatt hours of EV batteries.

The output from the Ontario plant will be supplied to Stellantis assembly plants that manufacture its famous brands, such as Chrysler and Jeep SUVs.

LGES operates its own factory in Michigan and is building three other battery plants in Ohio, Tennessee and Michigan in a joint venture with General Motors Co. In March, the company announced plans to build its second stand-alone EV battery plant in Arizona. 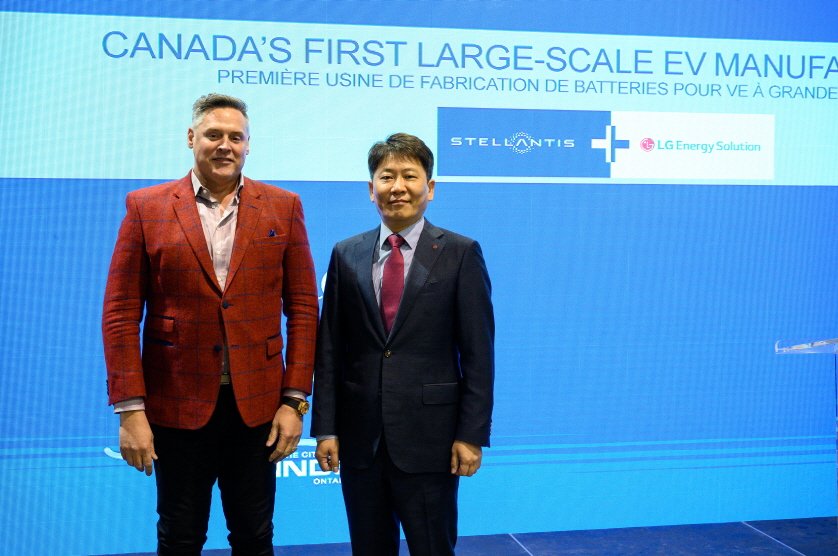