SEOUL, June 4 (Yonhap) -- For South Korea, there is little time to wallow in self-pity after getting thumped by Brazil on Thursday in a pre-World Cup friendly.

Here come Chile on Monday, the second of four matches that South Korea will play this month to build up for the big tournament in Qatar in November.

The kickoff between 29th-ranked South Korea and Chile, sitting one spot ahead, will be 8 p.m. Monday at Daejeon World Cup Stadium in Daejeon, some 160 kilometers south of Seoul. 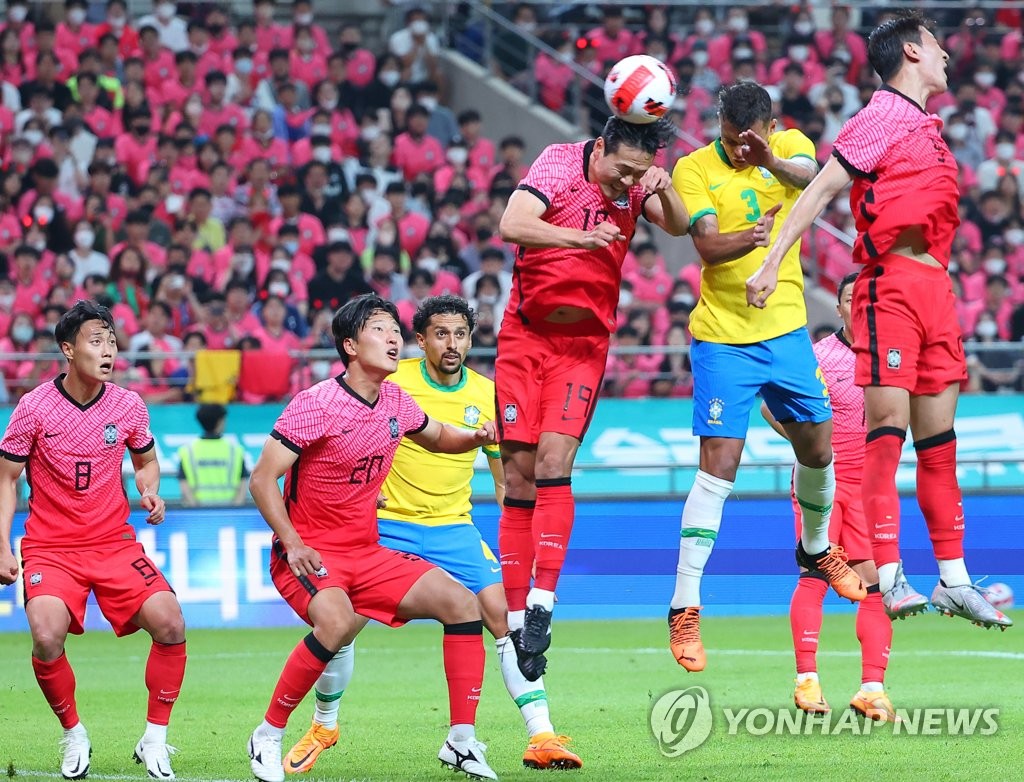 This is the third meeting between the two countries. South Korea have managed one draw and one loss so far.

South Korea were schooled by Brazil by 5-1 Thursday night, held back by a series of turnovers deep in their own zone against the high pressing by the Selecao. Neymar converted two penalties, while Philippe Coutinho and Gabriel Jesus scored picturesque goals against a stationary and scrambling defense.

South Korea should have a little easier time against Chile, though, as the South Americans have brought a young and inexperienced team.

Conspicuous by their absences are the veteran Inter Milan duo of Arturo Vidal and Alexis Sanchez. Real Betis goalkeeper Claudio Bravo, usually the captain of the national team, is also missing. Charles Aranguiz of Bayer Leverkusen, four caps shy of joining the Century Club, was not called up, either.

Chile, after missing out on World Cup qualification, are looking to go in a new direction under new boss Eduardo Berizzo. Monday's match in South Korea will be the Argentine's head coaching debut for Chile. 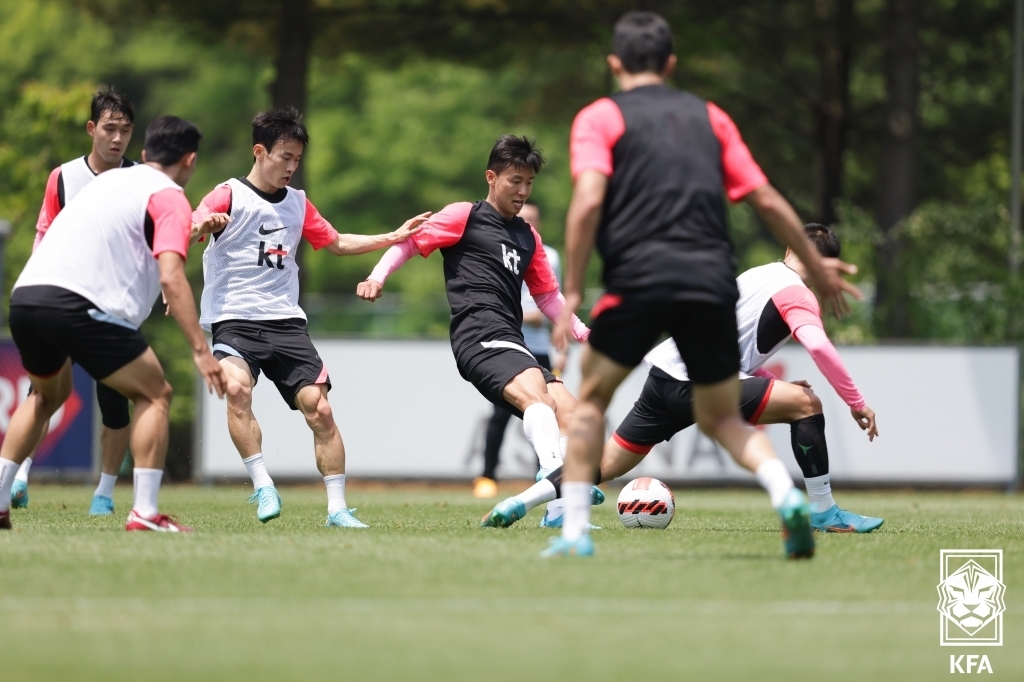 The three goalkeepers selected for the trip only have one cap each. Fifteen outfield players have yet to reach double digits in caps, including four who have not yet appeared in a senior international match. The list includes 18-year-old midfielder Dario Osorio and 19-year-old defender Nayel Mehssatou.

One veteran is still in the mix, with Gary Medel, with 145 caps, expected to lead the defense corps.

South Korea did have some dangerous moments in the attacking zone. Forward Hwang Ui-jo scored his first international goal in 12 months, an encouraging development for the Taeguk Warriors. Son Heung-min, captain and the joint Golden Boot winner for Tottenham Hotspur, will likely draw multiple defenders against Chile, as was the case Thursday, and Hwang and other forwards should look to exploit extra space up front. 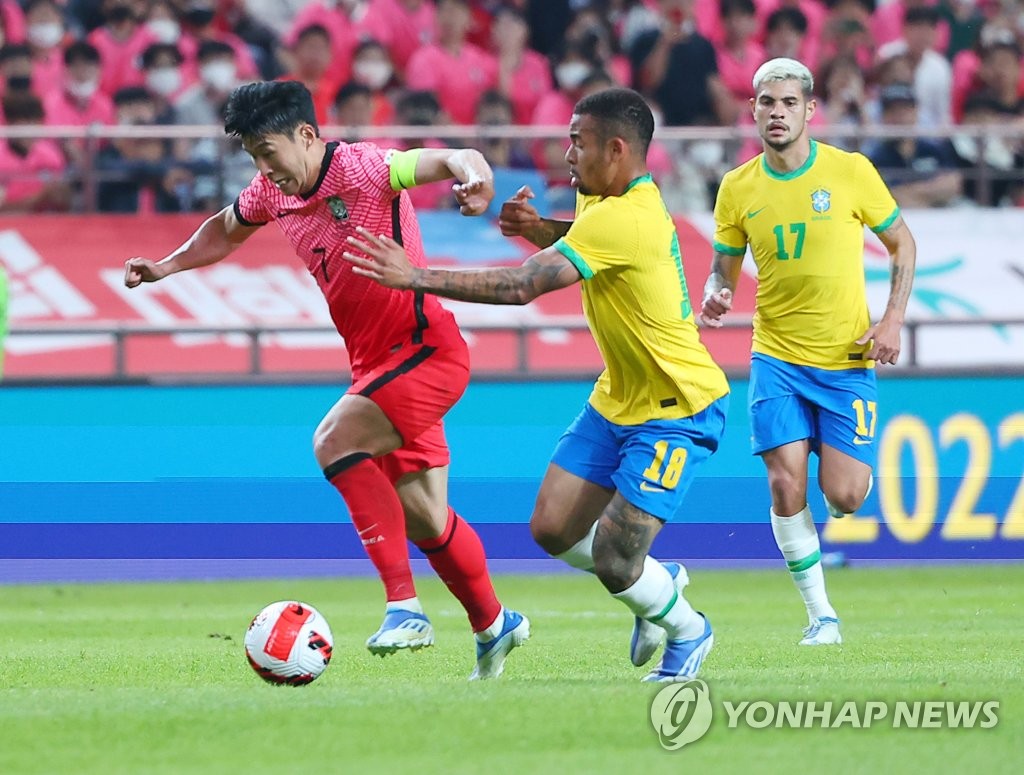 Goalkeeper Kim Seung-gyu was fooled twice by Neymar on penalties, but he couldn't be entirely faulted for the three other Brazilian goals, for which some shoddy defending should be blamed. Kim came up with some huge saves late in the first half to keep the score more respectable and appears to have the inside track on the No. 1 job.

It will also bear watching if Bento shakes things up in the defensive line in front of Kim. The team is missing Kim Min-jae, typically South Korea's most complete defender, to an ankle injury, and Bento called up international rookie Cho Yu-min for this month. Cho is captain of the Daejeon-based K League 2 club, Daejeon Hana Citizen, and it would certainly be a memorable moment if Cho picks up his first international cap on his home pitch. 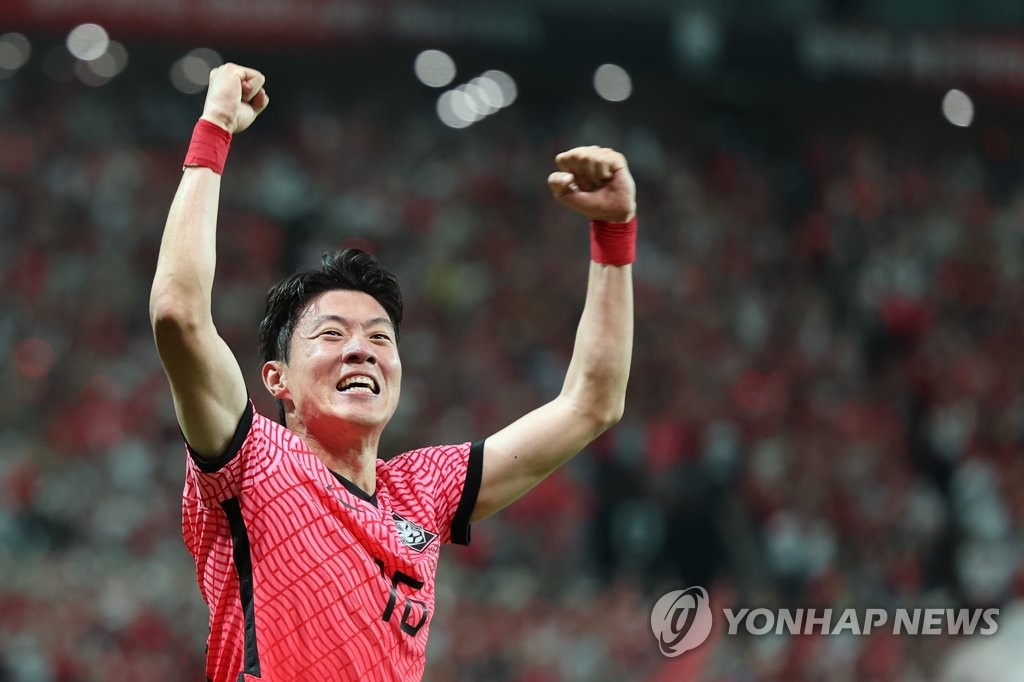 After Brazil drubbing, youthful Chile next for S. Korea in World Cup prep

After Brazil drubbing, youthful Chile next for S. Korea in World Cup prep