Ukrainian Ambassador to South Korea Dmytro Ponomarenko made the remark to reporters after a meeting with Lee Jun-seok, the chief of the ruling People Power Party (PPP), ahead of Lee's planned visit to Ukraine together with a group of PPP lawmakers.

"I think this issue will be discussed as well during the visit of Lee to Ukraine," Ponomarenko told reporters.

The ambassador said he expects South Korea to be "more proactive" in regard to cooperation with Ukraine especially in the military field. 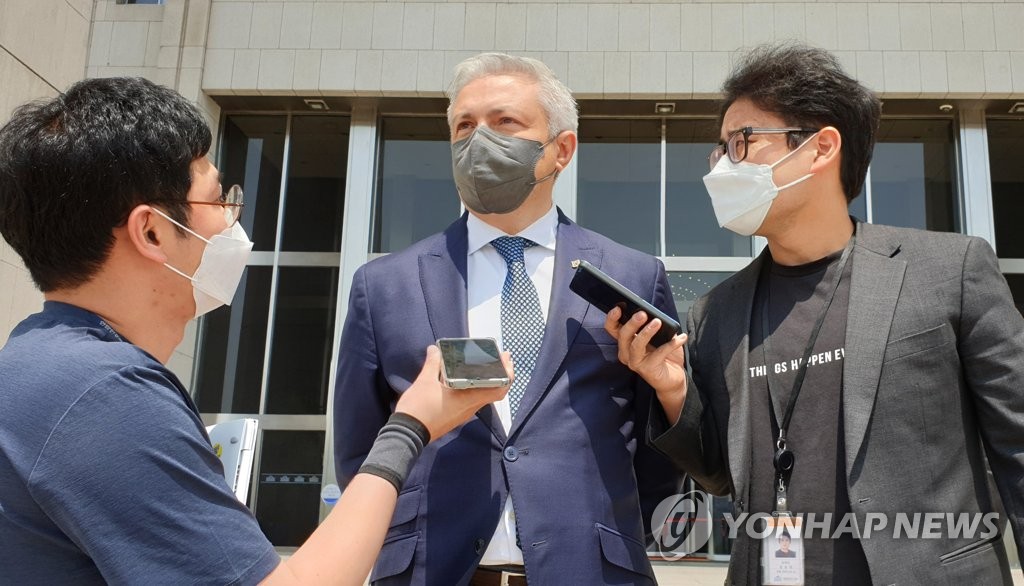 South Korea has turned down calls for weapons aid, though it has agreed to provide non-lethal aid.

Ponomarenko said he expects the PPP delegation's visit to Ukraine to bring a positive result, saying that all bilateral cooperation agenda will be discussed when the delegation meets Ukraine officials.

Last month, the PPP said it will send a peace delegation to Kyiv to express support and solidarity to Ukraine, which will make it the first Asian political party to do so.

Ponomarenko said he was told by Lee that a message from President Yoon Suk-yeol will be delivered when the delegation visits Ukraine, though he does not think the message will be in the form of a letter.

But a presidential official said it appears unlikely Yoon will deliver a message through Lee.

The envoy added he expects Yoon and other government officials to attend an international conference on the reconstruction of Ukraine in Lugano, Switzerland, next month.