The country's foreign reserves stood at US$447.71 billion as of end-May, down $1.59 billion from the previous month, according to the data provided by the Bank of Korea (BOK).

This marked the third straight month of on-month declines.

The decline is blamed on the government's efforts to ease market volatility that apparently refer to its unloading of dollar holdings to arrest the local currency's sharp falls.

The data showed that foreign securities were valued at $401.49 billion as of end-May, down $7.33 billion from the previous month. The figure accounted for 89.7 percent of total foreign reserves.

The value of deposits, however, increased $5.61 billion on-month to $21.86 billion at the end of May, which made up 4.9 percent of the reserves.

South Korea was the world's ninth-largest holder of foreign reserves as of the end of April, the BOK said. 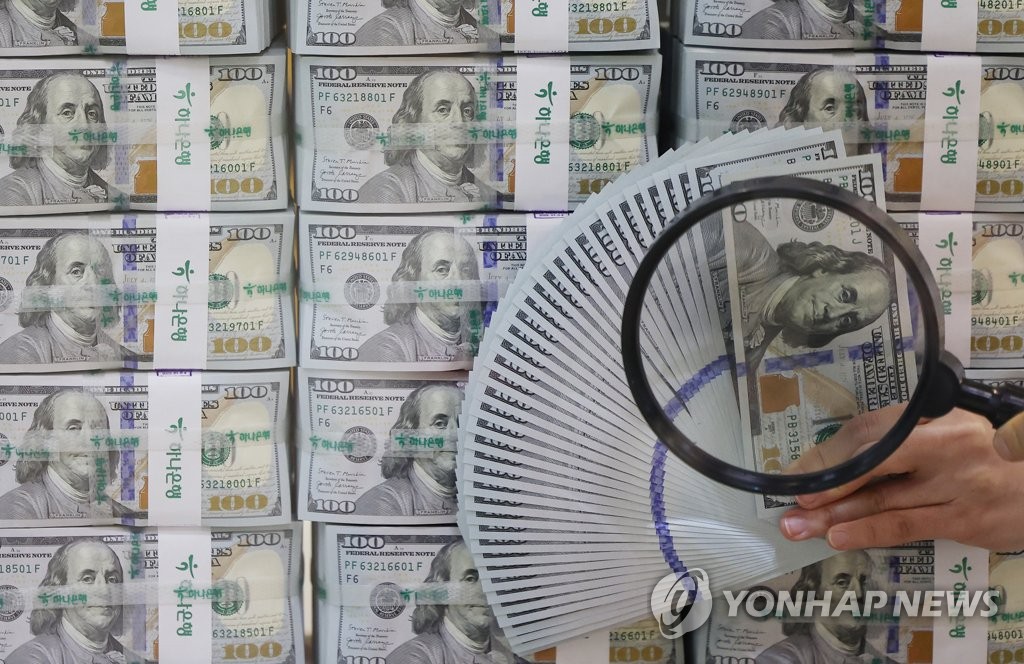