Kim Gunn, special representative for Korean Peninsula peace and security affairs, had discussions with his American counterpart, Sung Kim, on the issue in their second face-to-face meeting in two days.

Kim was already in Seoul for trilateral consultations held Friday, which involved Takehiro Funakoshi of Japan, on ways to persuade Pyongyang to discontinue provocations and bring it back to the negotiating table.

The three officials had phone talks in response to the North's latest missile launches, in which they strongly condemned the tension-escalating provocation, a clear violation of the U.N. Security Council resolutions, the ministry added. 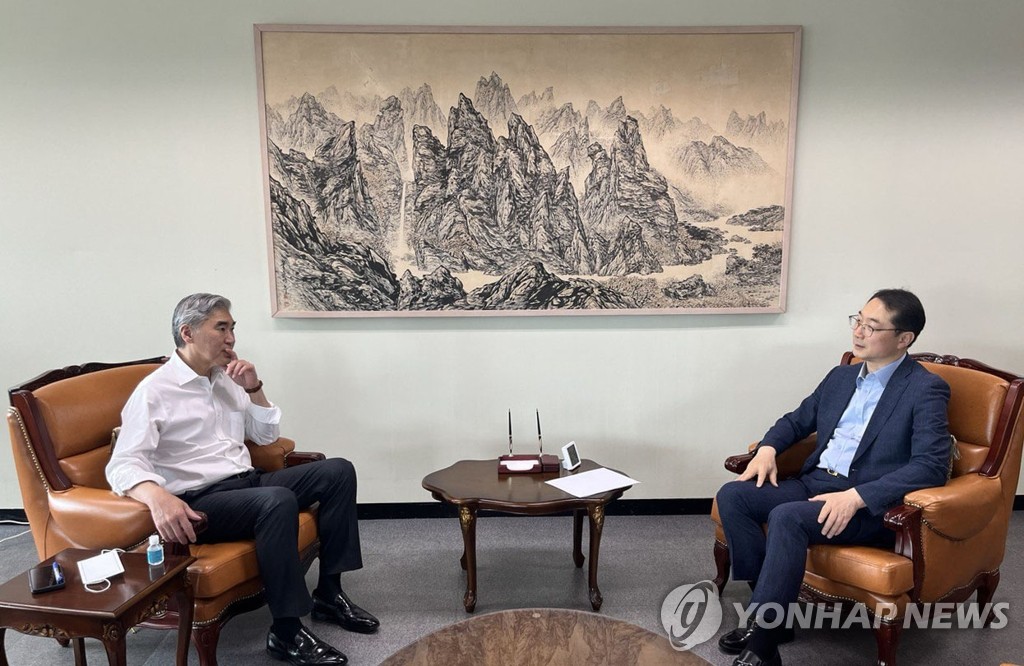