Yoon made the remark during a Memorial Day ceremony held at Seoul National Cemetery, a day after North Korea fired eight short-range ballistic missiles into the East Sea in its third show of force since Yook took office last month.

Yoon said his administration will deter the nuclear and missile threats while also building a "more fundamental and practical security capability."

"Our government will respond firmly and sternly to any North Korean provocation," he said. "We will make sure there isn't a single crack in protecting the lives and property of our people." 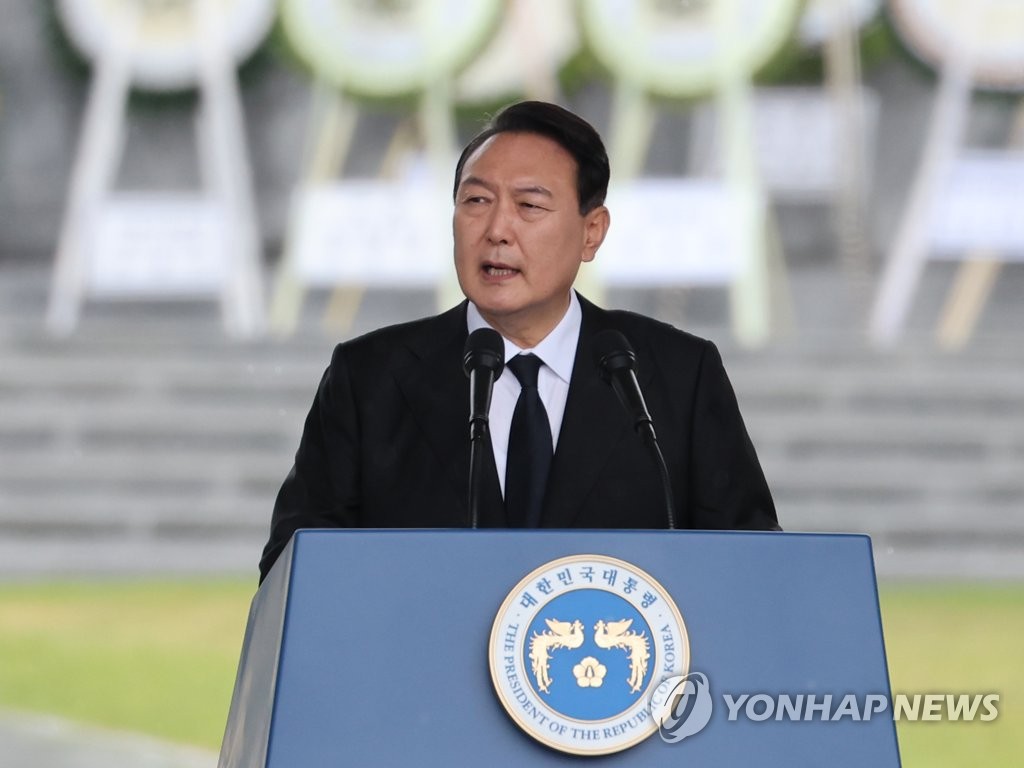 Yoon has taken a tougher stance on North Korea than his predecessor, Moon Jae-in, whose attempts to build peace through talks with North Korean leader Kim Jong-un failed to stop the regime from advancing its weapons programs.

During a summit in Seoul last month, Yoon and U.S. President Joe Biden agreed to begin discussions to expand combined military exercises. The summit also led to a reaffirmation of the U.S. extended deterrence commitment to South Korea, including through the use of U.S. nuclear capabilities.

As the ceremony proceeded in the rain, Yoon paid tribute to those who made the ultimate sacrifice for the nation. He said he believes that building a country in which freedom, democracy and human rights flourish even more will honor that sacrifice.

He also vowed to take better care of the families of those killed in the line of duty.

"I will create a country where heroes in uniform are respected," Yoon said, listing the names of an Air Force pilot, three firefighters and three Coast Guard officers who were all killed on duty in recent months.

"Thanks to them, our people are able to pursue their dreams and happiness safely and comfortably."

Before giving his speech, Yoon awarded certificates of meritorious persons to five people, including a Vietnam War veteran and the 17-year-old son of a Coast Guard officer killed in a helicopter crash in April. 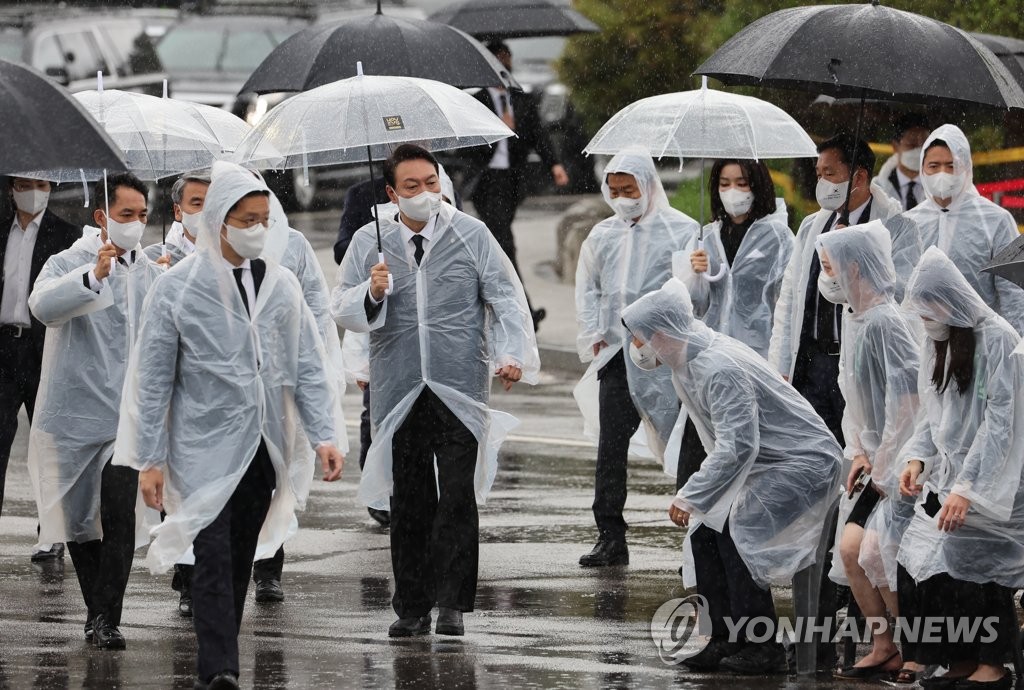