On its 20th day on the big screen Monday, the sequel to the 2017 hit movie "The Outlaws" has nabbed more than 9 million in attendance, according to data from the Korean Film Council.

The detective action flick released May 18 is continuing to shatter pandemic-era box-office records, having become the first film to reach the 8 million attendance mark in the nation since the outbreak of COVID-19 in early 2020.

Since its release, the title has retained its No. 1 box-office status, except on a single day on June 1 when "Jurassic World Dominion" hit the big screen.

"The Roundup" also became the most-watched film this year, topping 6.5 million in cumulative attendance on May 29.

If the film surpasses the 10 million attendance mark, it will become the first movie to achieve the feat in three years after Bong Joon-ho's Academy-winning "Parasite" in 2019.

Starring Ma, also known as Don Lee, "The Roundup" tells the story of a detective heading to Vietnam to extradite a suspect only to find out about additional murder cases involving an unknown killer who has committed crimes against tourists for many years. 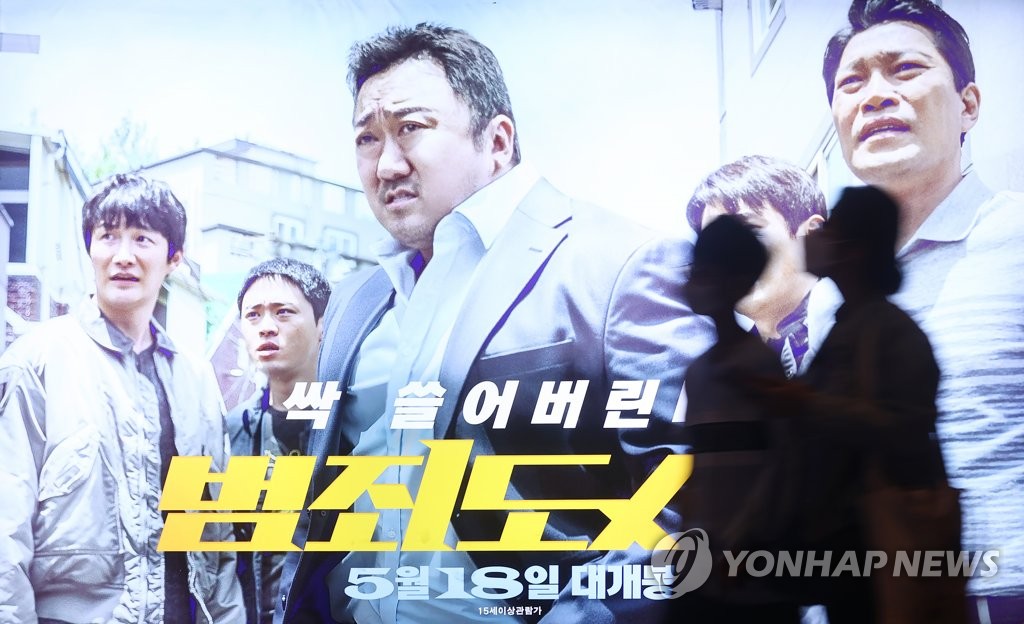