SEOUL, June 6 (Yonhap) -- The government is in talks with U.S. Forces Korea (USFK) about having the site of Yongsan Garrison's Dragon Hill Lodge returned to South Korea in exchange for an alternative plot of land, sources said Monday.

According to foreign and defense ministry officials, the two sides have been in negotiations to return a 105,000 square-meter site hosting Dragon Hill Lodge, situated next to the presidential office in central Seoul, to the South Korean government.

In return, Seoul will provide a plot of land at a different site.

The sources said the two sides are expected to reach an agreement in the near future.

Seoul and Washington had previously planned to retain a U.S. military base at the Dragon Hill Lodge site to host a liaison office for USFK and the United Nations Command as well as a front office for the ROK/US Combined Forces Command in the wake of the U.S. forces' relocation to Pyeongtaek.

The plan, however, is expected to be revised, the presidential official said. 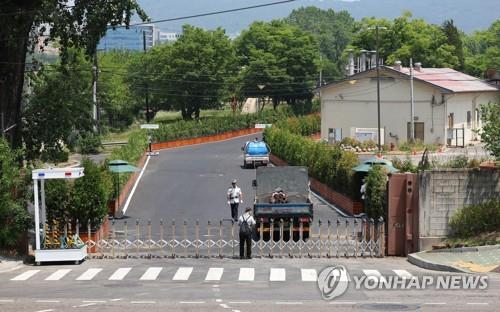