SEOUL, June 6 (Yonhap) -- U.S. Deputy Secretary of State Wendy Sherman arrived in South Korea on Monday to discuss the security situation on the Korean Peninsula, according to the U.S. Embassy in Seoul.

The embassy announced Sherman's arrival in South Korea via Twitter, saying she will meet with her South Korean and Japanese counterparts "to discuss current issues, including DPRK," referring to North Korea by its official name, the Democratic People's Republic of Korea.

Sherman, according to the embassy, also plans to meet with women entrepreneurs and leaders of the LGBTQ community in South Korea.

According to the Seoul foreign ministry, Sherman will meet her South Korean counterpart, Cho Hyun-dong, on Tuesday, and they will be joined by Japan's Takeo Mori for a tripartite session Wednesday.

The three are expected to discuss ways to expand trilateral cooperation for stronger deterrence against North Korea's nuclear and missile threats, and other regional and global issues amid China's rising assertiveness and Russia's invasion of Ukraine.

The trilateral meeting at the vice-ministerial level was last held in Washington D.C. in November, and it will be the first under the new Yoon Suk-yeol administration that was launched last month.

Sherman's visit to Seoul follows U.S. President Joe Biden's trip there last month for a summit with Yoon, which was held less than two weeks after the new South Korean leader took office.

Her visit to Seoul is part of a four-nation trip that will also take her to the Philippines, Vietnam and Laos from June 5-14, according to the U.S. State Department. 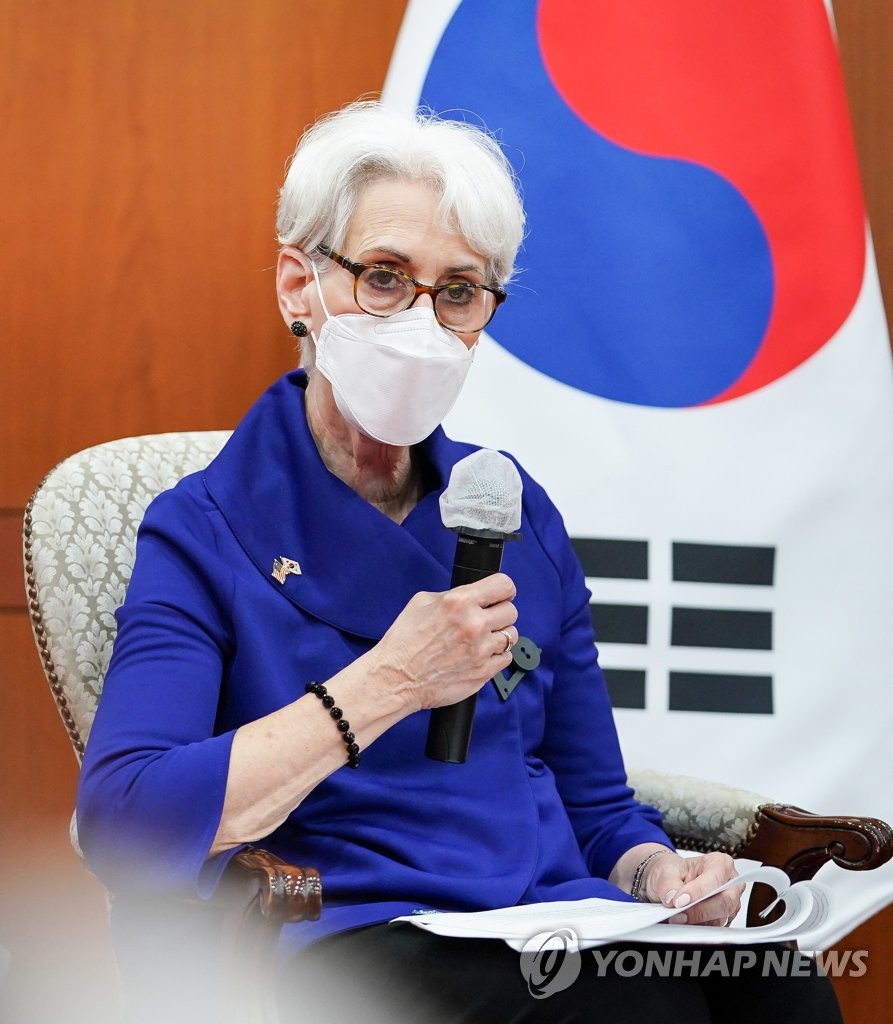 Deputy Secretary of State Sherman arrives in S. Korea for discussions on N.K.

Deputy Secretary of State Sherman arrives in S. Korea for discussions on N.K.